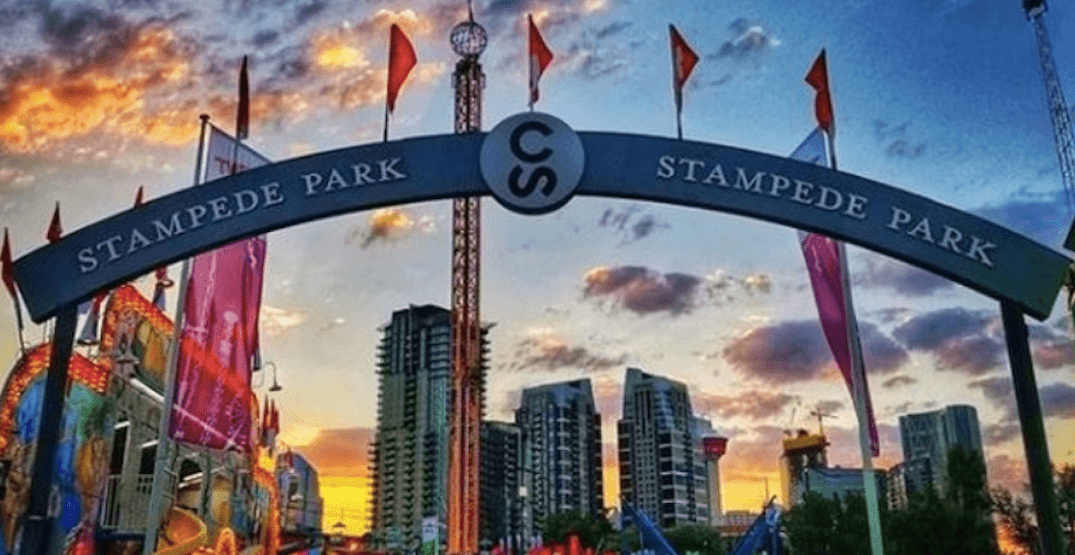 The Calgary Stampede is officially back on this year, and while the event may look a little different in 2021, we’ve rounded up a list of things we hope to see, do, and eat at the midway.

This week, Alberta Premier Jason Kenney confirmed that the July event would be allowed to happen, and North American Midway Entertainment, the company that brings rides, games, and food vendors to the midway, has said that they plan to be at the Stampede this year.

The Stampede has already announced that the chuckwagon races aren’t going to be happening in 2021, and Paul Brandt won’t be performing during the Grandstand Show. However, details around what other aspects of the event, including the midway, may look like have yet to be released.

The Calgary Stampede says that guest and employee safety is top of mind, and some of the things we’ve come to expect during the 10-day event may be different this year.

“Specific experiences, activities and operations will continue to flex and adapt based on the evolving situation and the guidance provided directly by Alberta Health,” said the Stampede in a news release.

We’re not sure what the 2021 Calgary Stampede will bring, but we know it’s bound to be epic. Here are the top things we hope to see at the midway this year.

While this chairlift-style ride may not be the most thrilling of the midway attractions, it’s always fun to take a break from the crowds and cruise above it all, getting a bigger picture of Stampede Park and snooping on the action below.

Arguably one of the things that the Calgary Stampede is most famous for, these bite-sized treats appear every year, adding some cinnamon sugar goodness to a day at the rodeo.

Because who doesn’t want to drive around and crash into their friends and family?

Love it or hate it, this nausea-inducing ride is a Stampede staple – maybe just ride it BEFORE you eat your weight in mini donuts.

It wouldn’t be a midway without some “skill-testing” games, and we’re always happy to spend way too much money and time trying to beat the system and win a giant stuffed animal.

For middle-of-the-road thrill seekers, this rollercoaster is a perfect fit. Offering high speeds and spinning cars without any dramatic drops or loop-the-loops, Crazy Mouse is a classic midway ride.

‘Pede is known for its crazy edible concoctions, and the 2021 midway food lineup hasn’t been announced just yet, but we’re sure there are bound to be some weird and wonderful options for our stomachs.

Another Stampede ride that may not offer the biggest thrills, but it gives riders a chance to sit down and relax under a plastic umbrella while still partaking in the action. The Ferris wheel is the perfect spot to catch a unique angle of the Stampede’s famous fireworks show.

Experience the feeling of flying and get a good view of Stampede Park at the same time! The swings take you high above it all, giving riders a 360º look at the grounds and downtown Calgary.