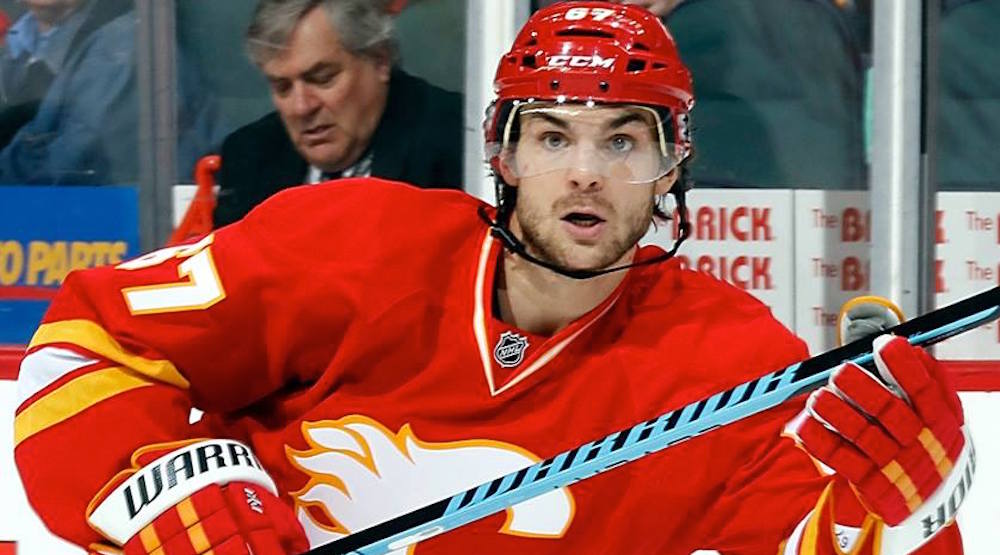 Surrounded by snipers like Johnny Gaudreau, Sean Monahan, and Sam Bennett, one Calgary Flame that is often lost in the mix is veteran winger Michael Frolik.

Entering his ninth season in the NHL, Frolik was signed by the Flames in July of last year to provide an offensive spark and to help mentor the team’s young crop of inexperienced forwards.

This year, the Kladno, Czech Republic native is doing much more than just teaching as he is torching up the Flames stat sheet for his best start to a season in years.

With a recent finger injury to one of the team’s top snipers in Gaudreau, Frolik is expected to step up in the depth chart and bring back some offence to the Flames lineup.

Drafted in the first round of the 2006 NHL Entry Draft, Frolik spent time with the Florida Panthers, Chicago Blackhawks, and Winnipeg Jets before joining Calgary, becoming a Stanley Cup champion with Chicago in 2013.

Signing a massive five-year, $21 million contract with the Flames in the summer of 2015, Frolik was brought to the team expected to provide between 35 to 45 points per season, while also spending some time on the penalty kill.

In his first year in Calgary, Frolik amassed a respectable 32 points in 64 games. Not a terrible offensive season, but still short of the back-to-back 42-point seasons he posted in Winnipeg before signing with the Flames.

Despite the Flames rough start to this season, Frolik seemed to show an offensive resurgence with three goals over the first four games of the year.

Frolik's 2nd already. If he stays healthy he will add some offence that will do a long way.

That scoring touch wouldn’t stop for the 28-year-old though, as he has posted five goals and 10 points over 17 games while playing on the Flames second line.

Tied with Gaudreau for the team goal scoring lead and second overall in points, it’s a welcome surprise for the Flames who currently sit in fifth place in the Pacific Division with a 6-10-1 record.

As mentioned before, Frolik’s role in the Flames top six forwards is expected to be expanded with a possible long-term injury to Gaudreau. Although it’s not yet known how much time the all-star is expected to miss with surgery on his finger, Frolik seems like a natural candidate to join Monahan and Troy Brouwer on the top line.

It wouldn’t be the first promotion to the top line for Frolik however, as he played the start of last season with Gaudreau and Monahan after struggling early on with fellow Czech forward Jiri Hudler.

An area of his game that often gets overlooked is his exceptional play on the penalty kill, as he has scored four times and added two assists shorthanded since February 1st. Aside from teammate Mikael Backlund, Frolik has the most points on the PK of any player in the NHL.

“Hockey is sometimes like that,” said Frolik. “Sometimes you get a couple of lucky bounces and make some points. I don’t really try to look up the stats, I always try to play for the team and try to help the team. If it’s scoring, passing, hitting, blocking shots, I’ll try to do everything that I can do to help the team win the game.”

Although it doesn’t show up on the score sheet, Frolik’s experience and veteran leadership remains a valuable asset for the Flames organization. Only Troy Brouwer, Matt Stajan, and Kris Versteeg have more years played, however Frolik remains in his playing prime at 28.

In that same vain, Frolik is no stranger to battling the best in the world as he has represented the Czech Republic multiple times over the course of his career, most recently at the World Cup of Hockey. 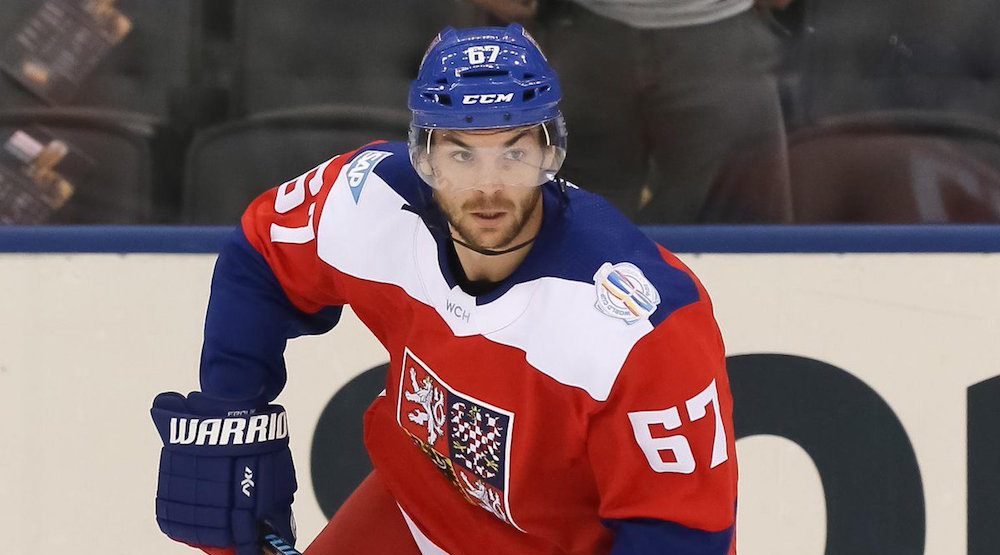 Shooting at 12.5% this season, that’s slightly higher than his career average of 8% but it’s not out of the question that he’ll be able to keep up that trend throughout the season, especially with Gaudreau out for the next few weeks.

Although he hasn’t scored since November 1 against the Chicago Blackhawks, he has still been able to post three assists this month and is routinely playing over 20 shifts per game.

Even with his hot start to the season, Frolik will have to continue or even increase his production on the ice if Calgary is looking to stay in the playoff hunt early in the season.

Since starring with the Rimouski Oceanic of the Quebec Major Junior Hockey League, scouts have said Frolik has had potential to be a top line winger.

Justified by his recent scoring prowess, it’s time to see if those predictions will hold true.