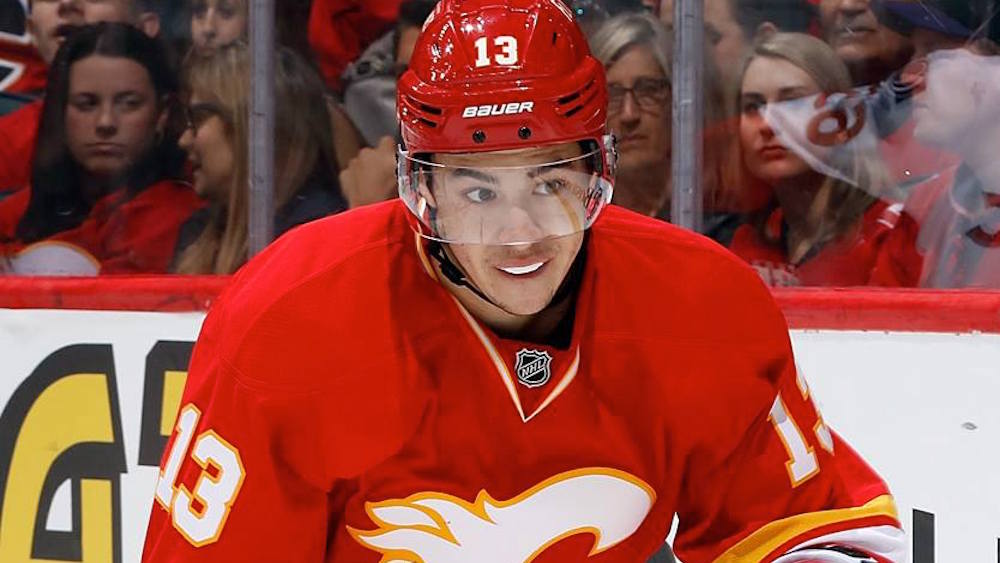 Johnny Gaudreau has a fractured finger and will have surgery on Wednesday to repair the injury, the Calgary Flames have revealed.

Gaudreau suffered the injury in Tuesday’s big 1-0 win over the Minnesota Wild, in which he scored the game’s only goal.

As the video below shows, Gaudreau was whacked in the hands a number of times, which presumably led to the injury.

For now, there is no timeline for his recovery, but as you can imagine, the Flames are not pleased.

#Flames GM Brad Treliving to address Gaudreau situation tomorrow. Very unhappy about the amount of whacks #13 takes with no calls.

It goes without saying that Calgary will miss Gaudreau greatly. He’s their best player and was just starting to get in a groove with four points in his last four games.

The Flames are four points out of a playoff spot and in danger of falling further behind as a six-game eastern road trip looms after home games against Arizona (tonight) and Chicago (Friday).