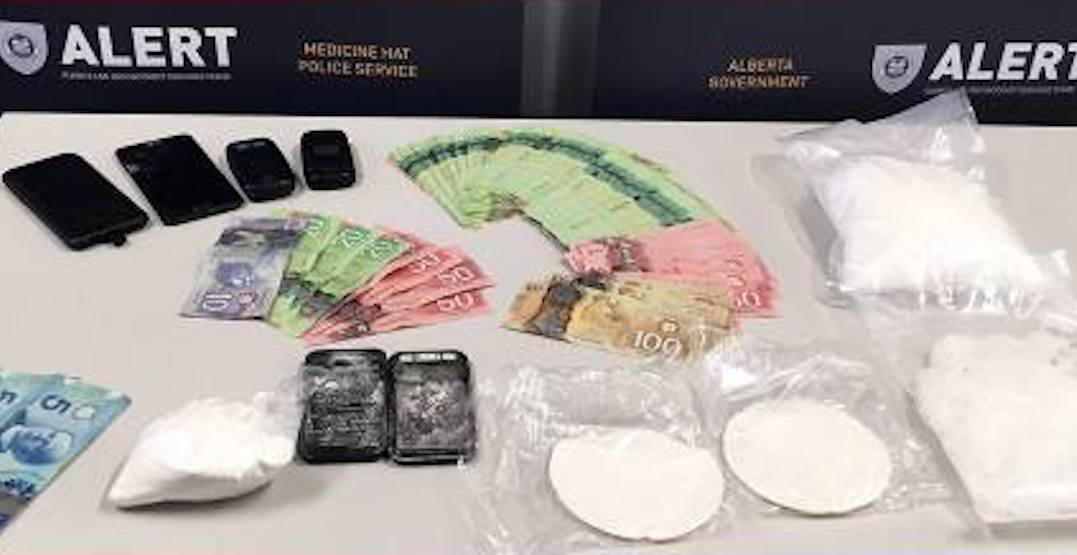 1 kg of methamphetamine was seized in Medicine Hat in the largest meth bust the city has ever seen.

Following in investigation by the Alberta Law Enforcement Response Team (ALERT) working with Medicine Hat and Lethbridge police, a planned vehicle stop took place just inside the city on Highway 3, according to a release from ALERT.

Investigators then found 1.02 kg of meth and 226 g of cocaine in the trunk of the rental vehicle. The estimated value of the drugs seized is $125,000. 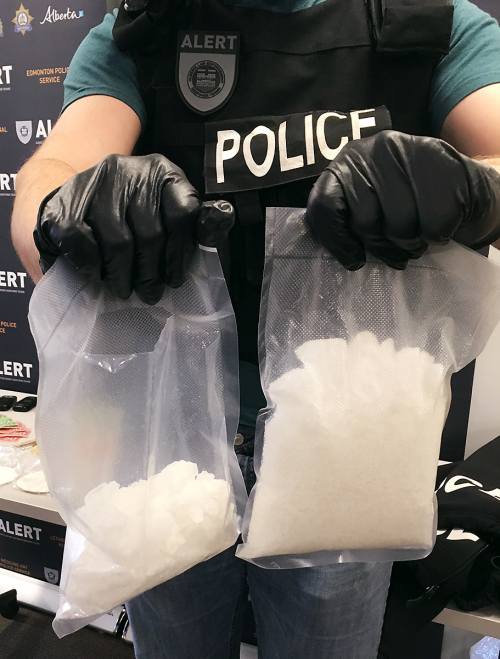 Drugs found in the trunk of a rental car (ALERT)

“Meth is a horrible drug that has certainly impacted this community. Any effort we can undertake to get this drug off the street helps ensure Medicine Hat remains a safe, healthy and vibrant city,” said Medicine Hat ALERT Staff Sergeant Cory Both, in the release.

The driver, 47-year-old Shonna Scriven of Medicine Hat, was arrested and charged with two counts of possession for the purpose of trafficking and possession of proceeds of a crime.

28-year-old Michael Abate was also arrested in Lethbridge, as he is believed to be involved in the drug-trafficking. He was charged with drug trafficking and possession of proceeds of crime.