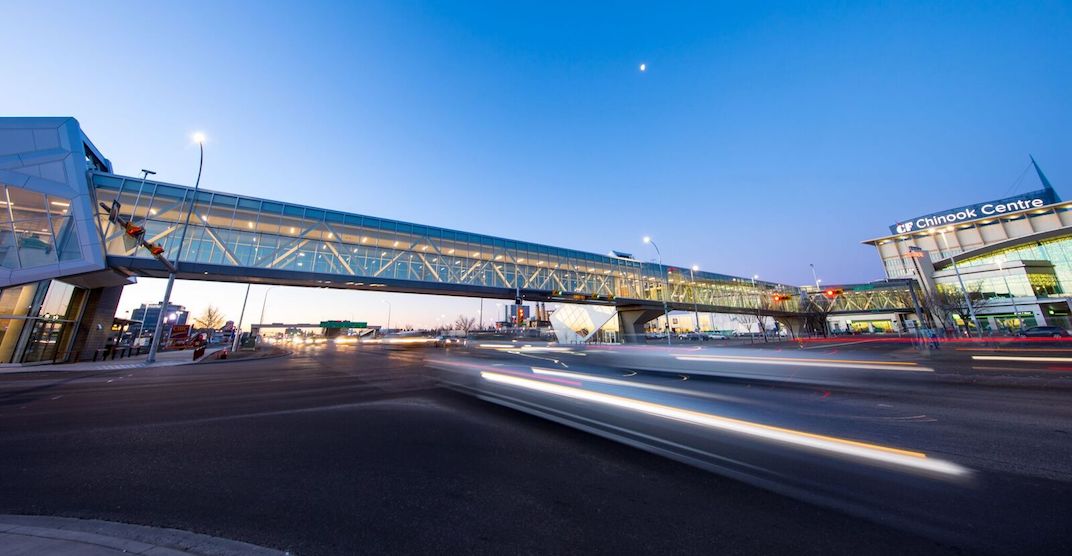 No more dodging cars just to get into the mall.

A new walking bridge has opened at Chinook Centre, bridging the gap (literally) between the mall and the other side of Macleod Trail. 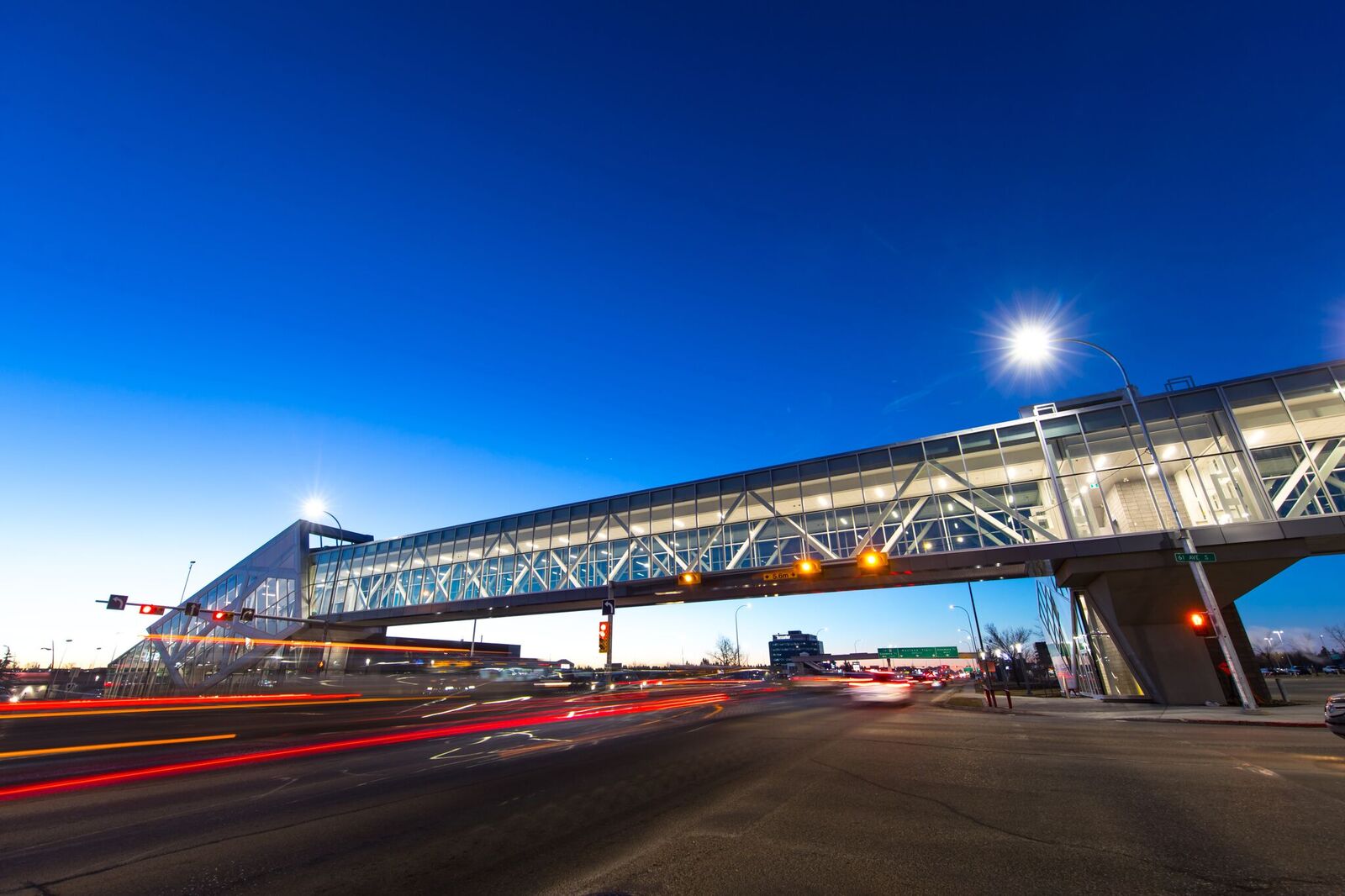 Opened by Cadillac Fairview in partnership with the City of Calgary, the bridge will service the 14.8 million visitors that Chinook Centres sees per year, according to a release from Cadillac Fairview. 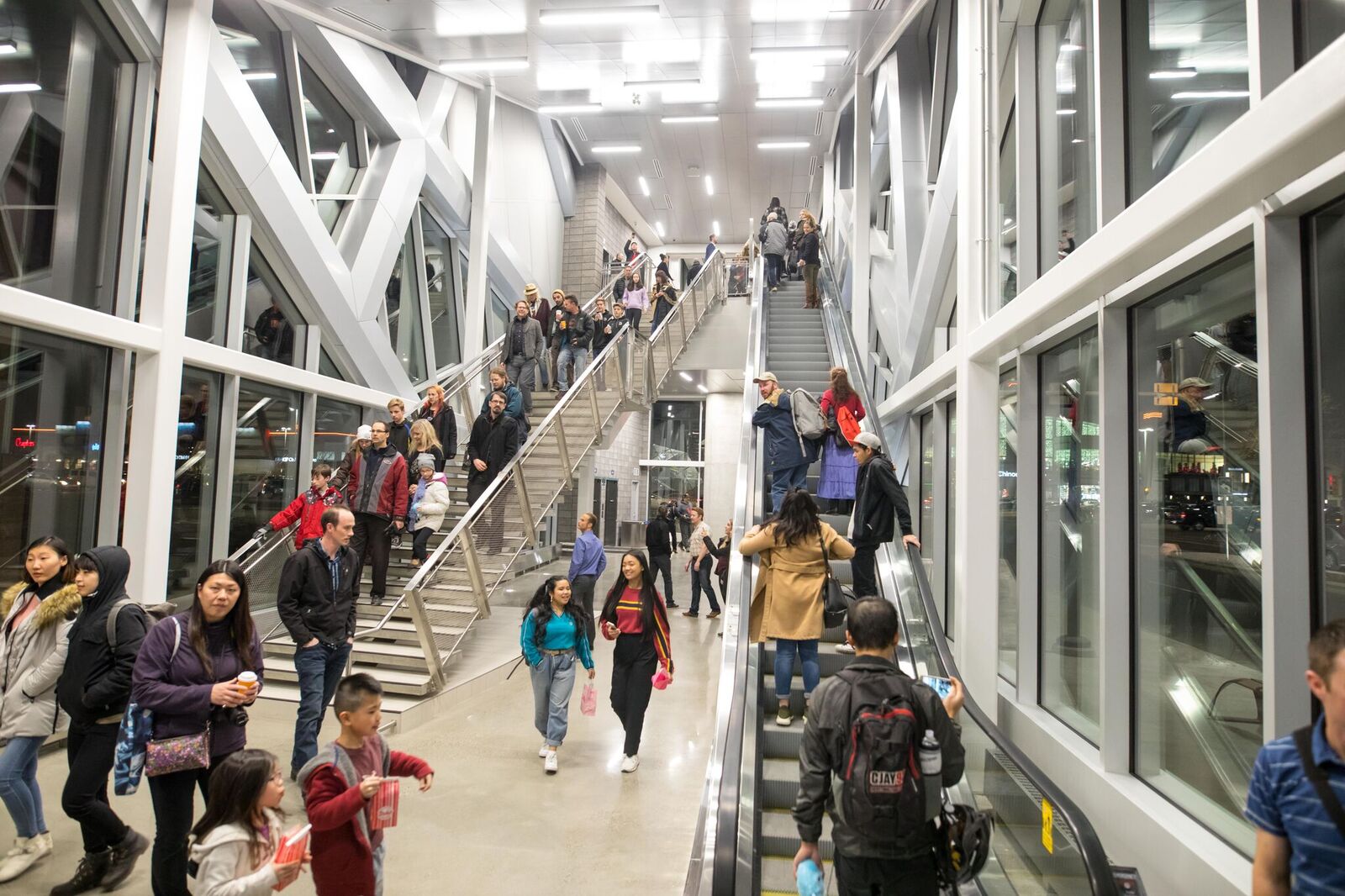 The structure itself looks sleek with fully glass walls and triangular beams. The official unveiling took place on Friday evening, and it is now open for the public’s use.

Here’s a video from Crackmacs showcasing the newly opened walkway: