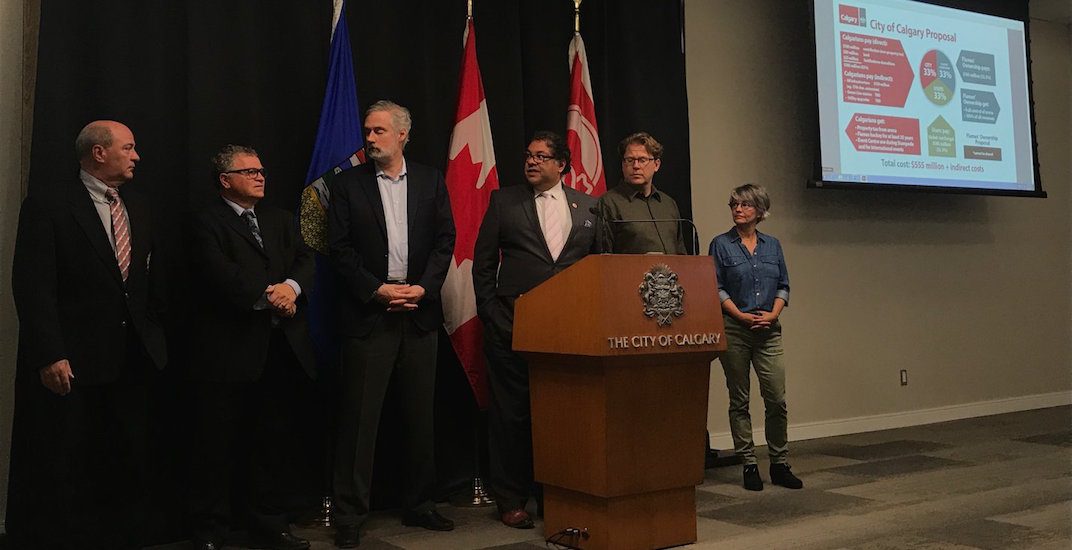 Naheed Nenshi is not backing down.

After Flames president Ken King and NHL commissioner Gary Bettman tried to scare the living crap out of hockey fans in Calgary this week, the city’s mayor had a rebuttal on Friday.

The hockey team tried getting fans onside, encouraging people to contact city officials to voice their displeasure. Mayor Nenshi has responded by revealing the city’s proposal.

While the Flames said that they will no longer pursue a new arena in Calgary, Nenshi said the city is still working to find a solution. He came off looking very reasonable.

“We believe that it is important to share this proposal with all Calgarians now,” the Mayor said.

Here’s what the city has proposed: 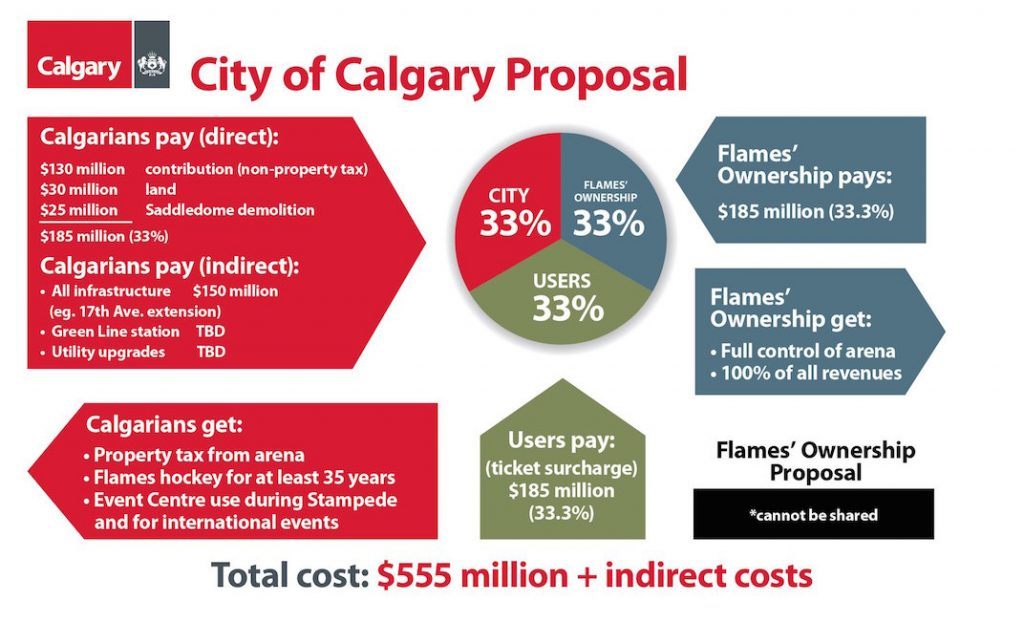 The City of Calgary proposed splitting the costs in three between the city, the hockey team, and users (fans).

Of course, there could be some rhetoric involved in here, and I’m sure the Flames would take issue with how the plan was laid out.

But is this a proposal that should cause the team and league to give up and threaten to move? Hardly.

“The city has not left the table and is prepared to continue negotiations,” Nenshi said.

“I’m very pleased that we are also sharing this with citizens, and I look forward to hearing feedback,” he added.

In addition to $185M, City also to incur $150M indirect costs for infrastructure to support arena & redevelopment in Victoria Park