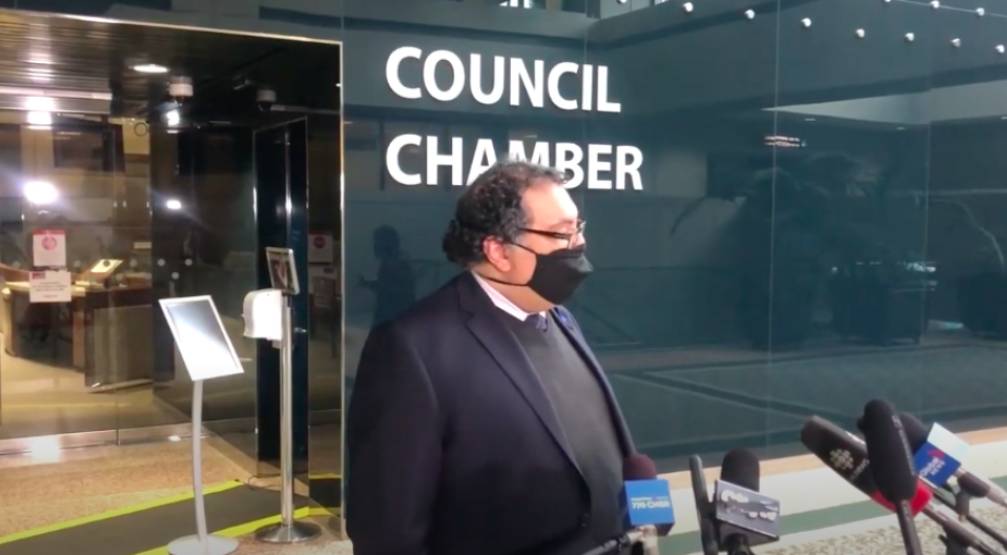 Mayor Naheed Nenshi won’t be disciplining his office’s two staff members who travelled internationally over the Christmas break, he told reporters in a Tuesday press conference.

“They followed what they thought the rules were,” Nenshi said. “They’re not politicians. And so ultimately, I’ve decided I will not take further action,” Nenshi added.

The two staff members were Nenshi’s chief of staff, Devery Corbin, and an unnamed administrative assistant. They both travelled separately to Maui, Hawaii.

Nenshi stated that he allowed both staffers to travel because Alberta to Hawaii was deemed a safe travel corridor back in November 2020.

“Yes, I was aware of this travel … but I also believe that they made a decision they thought was right and fair and within the rules,” Nenshi said.

“At that time, Doug Schweitzer, the minister of jobs and economy, said this would be a safe and responsible way to travel and James Rajotte, who is the Alberta government’s senior representative in the United States, said that Alberta to Hawaii was a safe travel corridor,” he added.

Despite Nenshi knowing about the travel plans and allowing it, he spoke about his regret for allowing members of his staff to do so.

This announcement was made following multiple controversial stories of Canadian politicians travelling internationally, despite stay at home orders.

Several Albertan politicians also lost their positions after international vacations, including Municipal Affairs Minister Tracy Allard after travelling to Hawaii with her family.