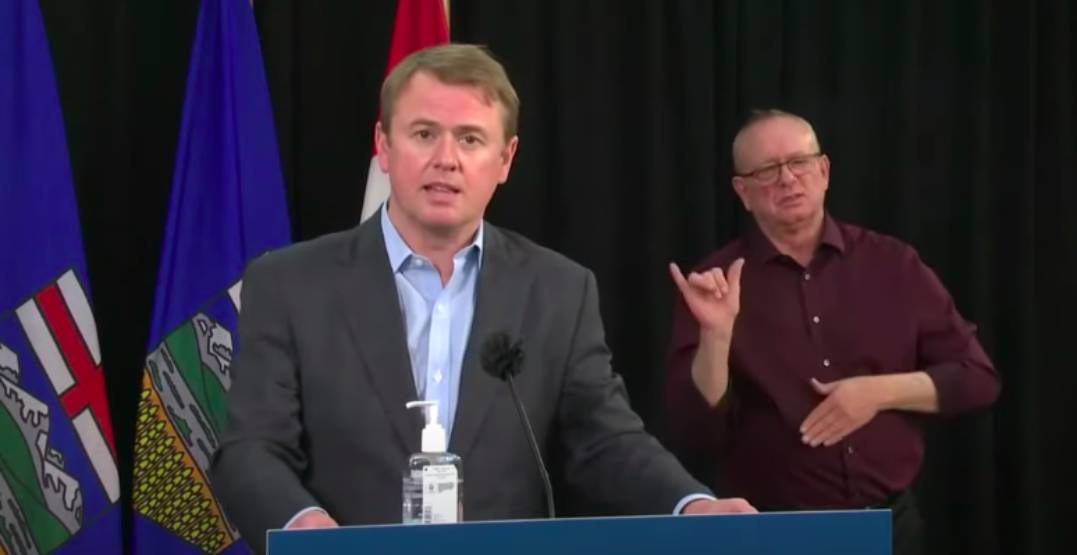 A healthcare worker from Edmonton has lost her battle with COVID-19.

This is the second death of an Alberta healthcare worker, the first being 61-year old Joe Corral, a Calgary man who died on December 28.

Both deaths were announced by Alberta Health Minister Tyler Shandro in the provincial update held on Tuesday.

The Edmonton healthcare worker’s name was not released, but Shandro confirmed she was in her 50’s.

“I just want to say to these two families, I want them to know that we thank these two people for their service to the province and we join you in honouring their memory,” said Shandro.

“The pandemic has brought too many stories of tragedy to too many families. But it’s also brought examples of the hard work and commitment of the people in the health-care system.”

Close to 29,000 Albertans have been vaccinated against COVID-19. The province is currently in Phase1A, where healthcare workers have the highest priority to receive the vaccine.

“It was an aggressive goal and we’re getting there only a few days later than we had hoped,” Shandro also said in the briefing.