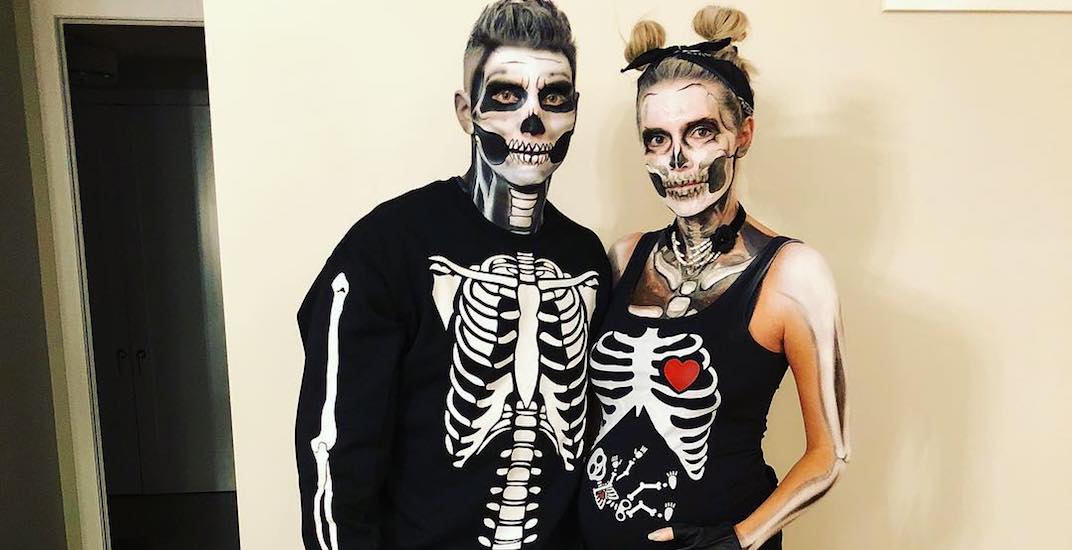 With four days off in between games, the Ottawa Senators got an early jump on Halloween this year.

The team held a Halloween party on Wednesday, with players and their significant others going all out with their costumes.

The @Senators got #HockeyHalloween started early and we are so here for it. 🎃 pic.twitter.com/al9tlh1EP0

Star centre Matt Duchene and his wife Ashley got extra creative, incorporating their unborn child into their couple’s costume idea.

I guess this is how we’re announcing it… Happy (early) Halloween from the three of us! #ComingInJanuary

Duchene, 27, posted the photo to his personal Instagram page, using it as a way to announce that the happy couple is expecting their first child in January.

When those wedding @shutterbus pics come in 😍😍

Pegged by many to finish dead-last in the NHL this season, the Senators have been a surprise team. With a 3-2-1 record, they’ve been respectable.

So has Duchene, as the Haliburton, Ontario native has six points in six games so far.