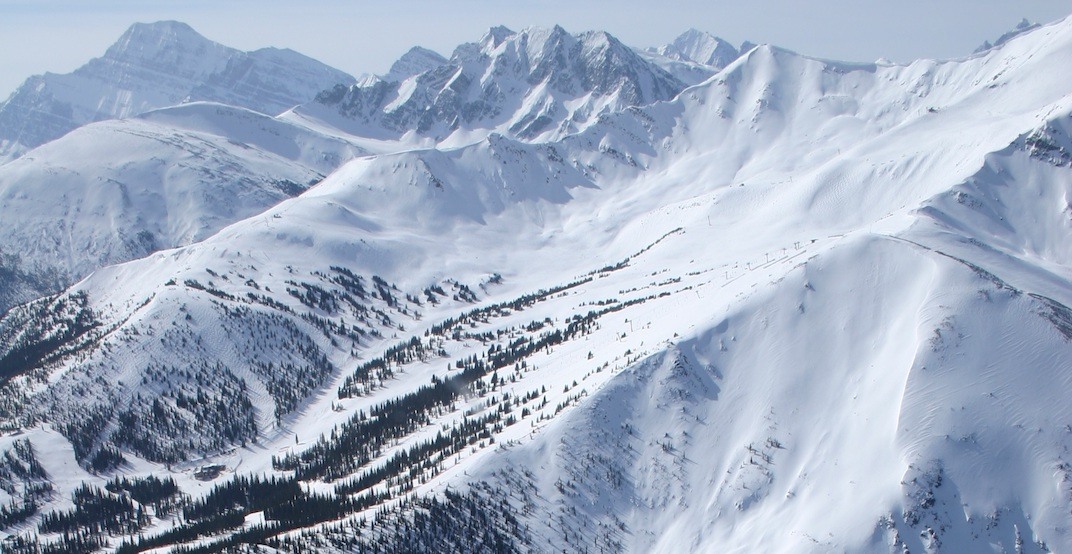 Tres Hombres area can be seen on the right (Marmot Basin)

We’d suggest a good stretch before tackling these slopes.

Marmot Basin ski area is opening up an entirely new side of the mountain this season, with the addition of five black diamond (or double black diamond) runs in its Tres Hombres expert area.

The steep, treeless area spans 45-acres of open terrain, a descent of 367 vertical metres, and the longest uninterrupted fall-line available at Marmot Basin, according to a release.

“Not for the faint-hearted,” the release warns, stating that the almost 700-metre length of the run will give you a “snow-eating grin during each long lap.”

We’re thrilled to announce “Tres Hombres” will open to skiers and snowboarders for the 2017-18 season! Details: https://t.co/8chRtFzO5g pic.twitter.com/JbDGAsWE5j

Marmot basin is currently open for the ski season from 9 am to 4 pm daily, but the Tres Hombres area has not yet been open to public.

According to the release, fencing and gates still need to be put into place before skiers and snowboarders can make the big leap, and it also needs to be deemed safe by the Marmot Basin avalanche control and safety team.

Even then, we suggest only attempting the plunge if you really know what your doing on those skis.