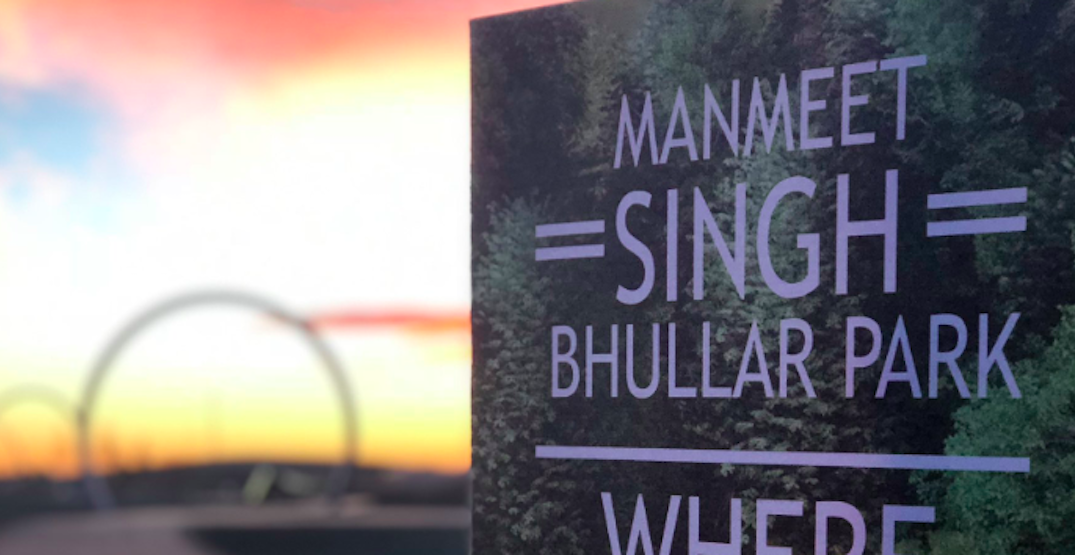 The newly opened park is named after the late Manmeet Singh Bhullar, who had been the first turbaned Sikh Cabinet Minister in Alberta’s history. Bhullar died a hero when he was tragically killed in a 2015 accident while attempting to help a car that had rolled along the highway north of Red Deer.

Construction of the park began in May of this year and it has since become a beautiful outdoor gathering place.

“Once completed, this park, with its majestic trees, beautiful vibrant colours, and multi-purpose gathering spaces will embody Manmeet’s spirit and strength,” said Namrita Rattan, the late Manmeet Singh Bhullar’s wife, in a May release.

The park is located in the NE Calgary community of Taradale.

Here’s what the park looks like now that construction has been completed and ribbons have officially been cut.

Celebrating the legacy of Manmeet Singh Bhullar today with a park opening in #YYC. @ParksFdnCalgary pic.twitter.com/Aws9ecgQu9

At a loss for words and beyond grateful to be at the opening of the Manmeet Singh Bhullar Park. THANK YOU @ParksFdnCalgary #nicetomanmeetyou #yyc pic.twitter.com/ZuA2Qt5PZx

And just like that we declared Manmeet Singh Bhullar Park open!!!! pic.twitter.com/tKvyasB24R