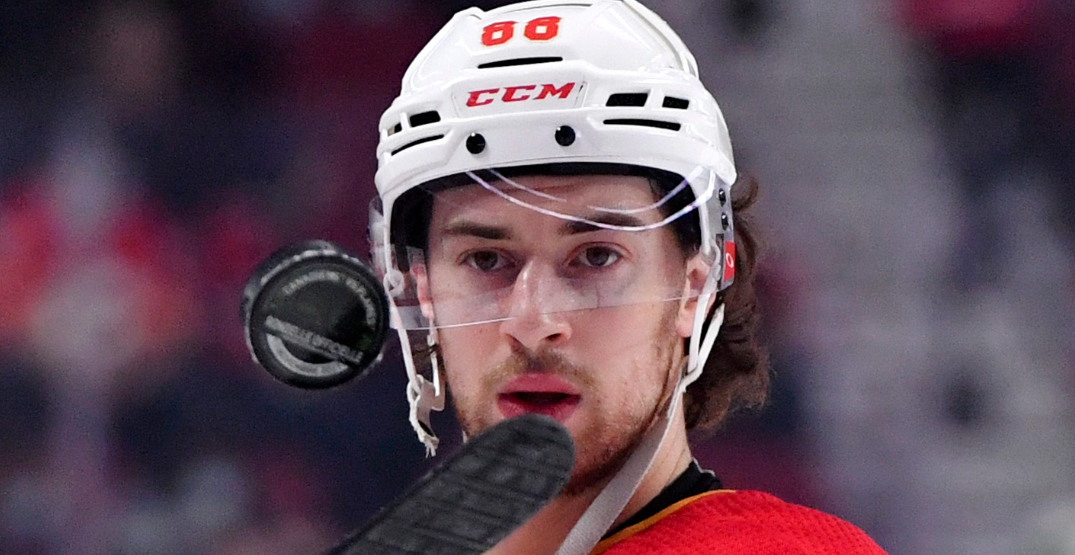 After showing remarkable patience with his lineup throughout the first three games of the series, Darryl Sutter is shaking things up.

The Calgary Flames bench boss tweaked his lines at the morning skate, with the biggest change seeing Andrew Mangiapane demoted. Despite scoring 35 goals during the regular season, Mangiapane appears likely to begin Game 4 tonight on what could be considered the Flames’ fourth line, with Trevor Lewis and Milan Lucic.

Brett Ritchie, meanwhile, has been elevated to Mangiapane’s old spot on a line with Mikael Backlund and Tyler Toffoli. Ritchie scored just three goals in 41 games for the Flames this season.

Here’s how the Flames lined up at practice in Dallas, as reported by Hailey Salvian of The Athletic.

#Flames lines at morning skate ahead of Game 4. Some changes to note on the forward lines …

After practice, Sutter was asked about his new-look lines, but he wasn’t prepared to offer any commentary about them.

“It’s a very fluid situation that’s evolving as the day goes along,” the Flames head coach said with a big smile.

Sutter has been remarkably patient with his lines, keeping the same units intact for Game 3 after Calgary scored just once in the first two games of the series against Dallas Stars goalie Jake Oettinger.

Elias Lindholm leads the Flames with two goals, scoring a power-play goal in Game 1 and adding an even-strength marker in Game 3 — assisted by Matthew Tkachuk and Johnny Gaudreau on both occasions. Lewis also scored at even strength last game, with Lucic and Nikita Zadorov getting the assists.

Calgary finished sixth in the league in goals per game during the regular season (3.55) but rank dead-last in the playoffs (1.00) so far.

The Flames, who trail Dallas 2-1, are looking to even the series in Dallas tonight. Game 4 can be seen on CBC and Sportsnet at 7:30 pm MT.