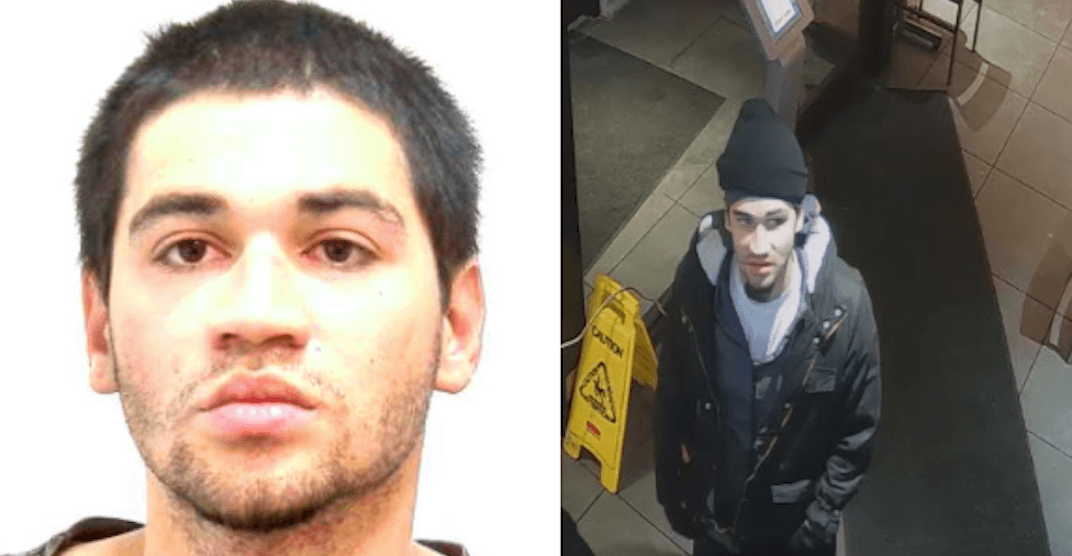 Warrants have been issued for a Calgary man following a double stabbing in mid-December.

A man arrived at the Sheldon Chumir Centre at around 10 am on December 19 with what appeared to be stab wounds, with a woman in a similar condition arriving shortly after.

Both injuries are believed by police to have stemmed from the same incident occuring behind a residence on 14th Avenue SW, and that they were received from the same attacker, according to a release from the Calgary Police Service.

Warrants have been issued for Chase Spence, a 23-year-old Calgary man who is described by police as 5’9″, 175 lbs, with black hair and brown eyes.

The warrants out for his arrest are for two counts of aggravated assault.

Police are asking anyone with information on Spence’s location to contact them by calling 403-266-1234, or anonymously through Crime Stoppers By calling 1-800-222-8477, or online through their website.