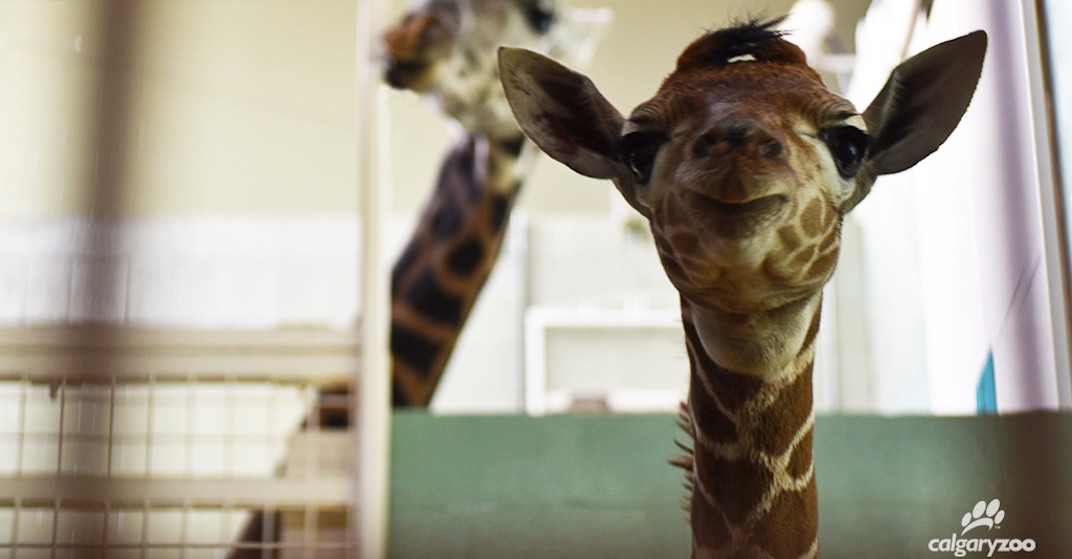 A baby giraffe died at the Calgary Zoo just 48 hours after its birth.

The male calf was born to the Zoo’s six-year-old giraffe, Emara, on December 28, 2017. In a release from the Calgary Zoo yesterday, it was announced that the calf passed away just two days later on December 30.

The Animal Care and Veterinary teams tried to help the calf after it was noticed that he wasn’t nursing, and attempted to feed him by tube.

Unfortunately, their efforts were to no avail.

“Our staff are grieving the loss, and continue to care for the giraffe family here at the zoo,” said the release.

It is indicated from initial necropsy results that the calf may have suffered from congenital issues.

The Calgary Zoo welcomed a new giraffe into the world two years ago in the form of Moshi, who was born to the Zoo’s other adult female, Carrie, on October 22, 2015.

According to their website, the Zoo has had 17 successful giraffe births since opening.

Friday is time to frolic- with our new giraffe calf! from Calgary Zoo on Vimeo.