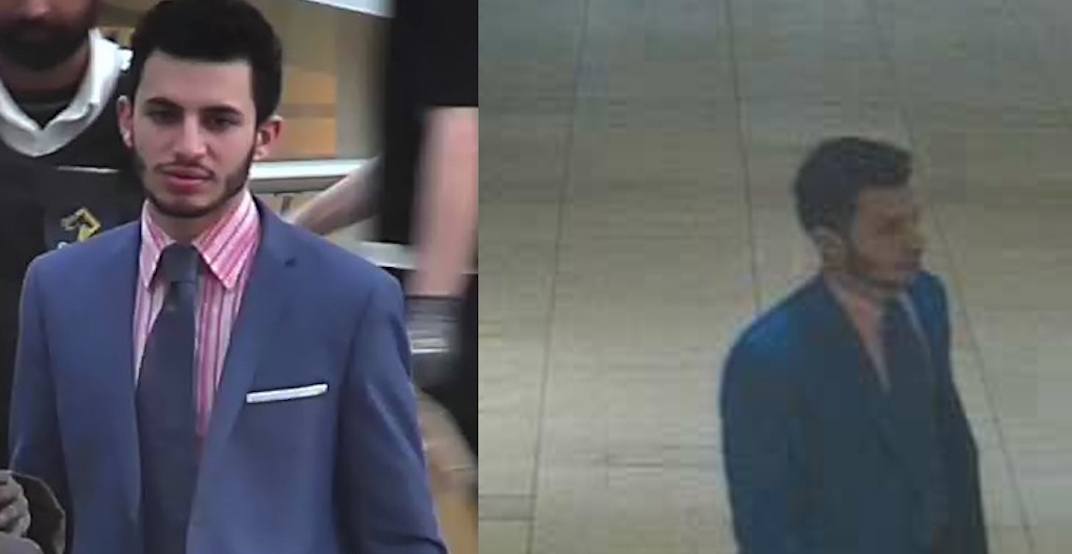 He may have dressed the part, but the heist was anything but smooth.

A man is wanted on warrants in Calgary after stealing a wrist watch valued at $43,700, according to a release from the Calgary Police Service.

On Monday, November 13, Mohammad Nasruddin allegedly asked to try on a Rolex watch at Birk’s Jewelry store in the TD Square mall. Nasruddin then fled the store and managed to evade security.

Cameras were able to capture the 21-year old as he walked into the store, however, and Nasruddin was dressed in what the CPS described as “an electric blue suit and blue check tie.”

A warrant for theft over $5,000 has since been issued to Nasruddin, and police believe that the man has connections in Toronto.

Anyone with information on Nasruddin’s whereabouts is asked to contact the Calgary Police Service’s non-emergency line at 403-266-1234, or through Crime Stoppers by calling 1-800-222-8477, or online through their website.