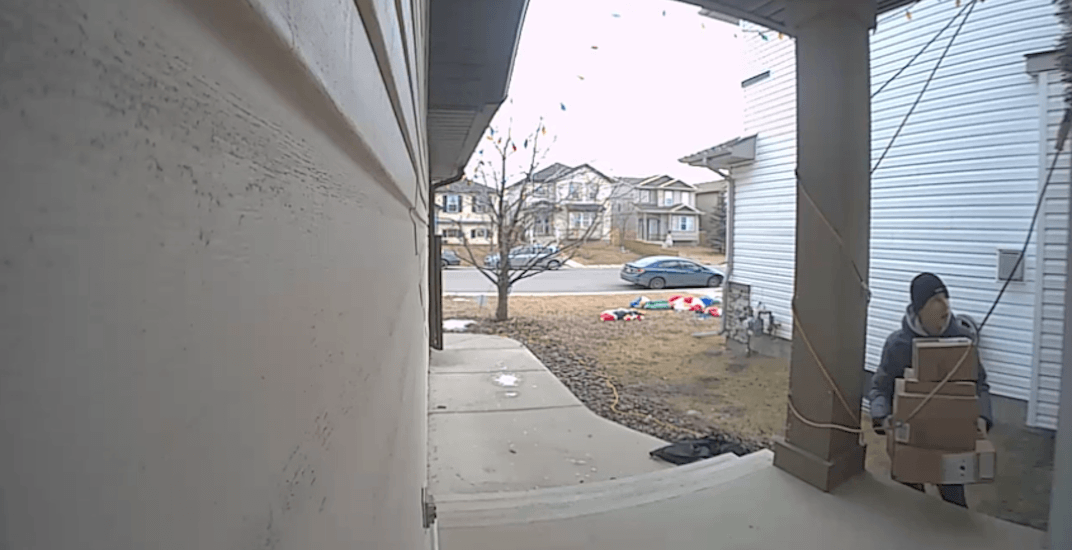 A man has been charged in the theft of multiple packages from the front porch of a home in Coventry Hills.

A surveillance video showing a man making off with an armful of packages was posted to the Calgary subreddit last week, with the poster stating that the delivery included power outlet baby plugs, along with other Christmas gifts.

This jerk just stole my packages! Let me know if you know who he is! from Calgary

According to the Calgary Police Service, a woman contacted police on Tuesday believing she saw a man matching the suspect description provided in a series of previous package thefts.

Police located and arrested 27-year-old David Brunelle on Coventry Road NE on Tuesday, and he has since been charged with one count of theft under $5,000.

He is next scheduled to appear in court on February 6, 2018.