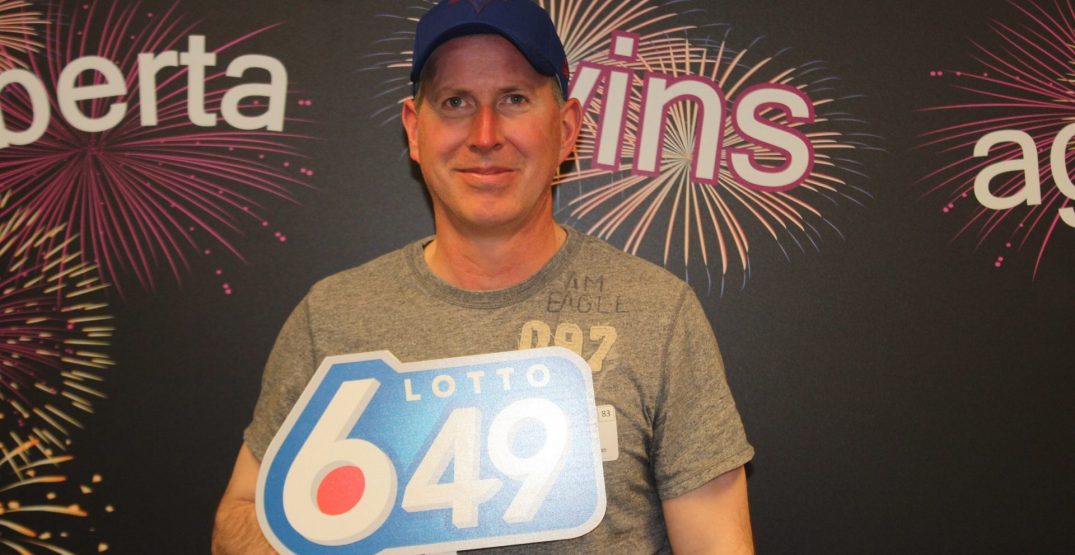 McNeill says that he has a routine that he sticks to when it comes to scanning the tickets.

“I like to check my lottery tickets before I go to bed,” he told the Western Canada Lottery Corporation in a media release.  “I always check the numbers on the website and then scan the ticket on the app to see what I won.”

His ritual typically doesn’t end with a million-dollar win, but it did on May 8. The Edmonton resident checked his ticket and found that he had won that night’s Guaranteed Prize Draw.

After viewing the WCLC website, he knew he was a big winner, but he still followed through with his routine. “With this ticket, I knew I had won $1 million before I scanned it,” McNeill said. “I scanned it on the app anyway though – I wanted to see a million dollars come up on the screen!”

McNeill has a couple of ideas for his lottery winnings. The Edmonton man plans to pay some bills and share some of the windfall with his family, although his main plan will have to wait a little while.

“When it’s safe to travel again, I want to go to Las Vegas,” he said. “I’d like to see the Green Bay Packers play the Las Vegas Raiders – I think that would be really cool.”

McNeill told the WCLC that he would also like to travel to Wisconsin to see the Green Bay Packers play at home.

“I know I’ll have some fun with the money,” he said. “But the best part, the dream I’ve always had when I play the lottery is just knowing I’m set-up financially. To have that security and not have to ever worry about money, that’s amazing.”