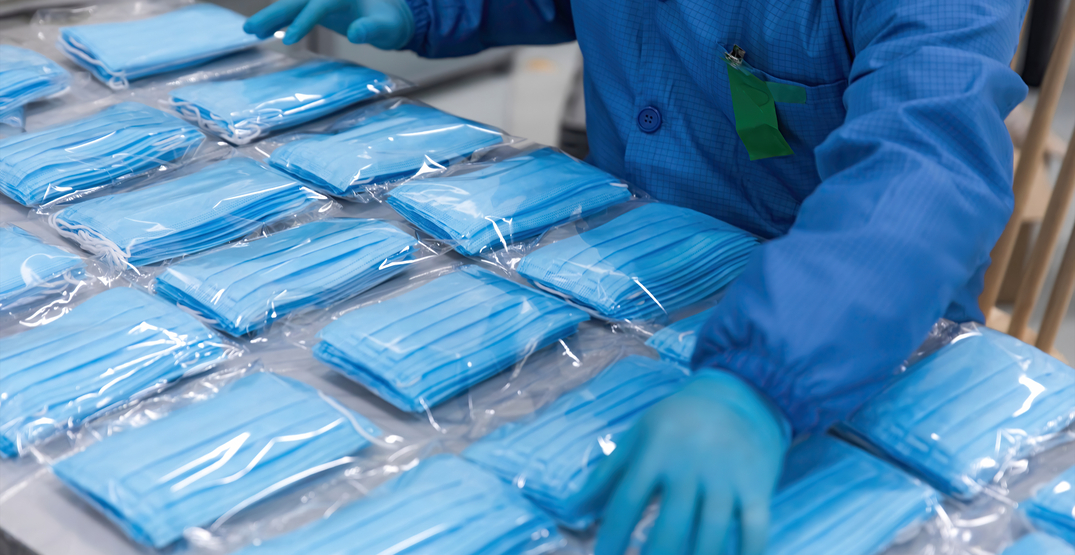 Two local businesses were highlighted by the City of Calgary in a recent release after making a shift to the production of personal protective equipment in the face of the ongoing COVID-19 pandemic.

According to the city release, both Hippo Hug, a weighted blanket manufacturer, and Alberta Garment Manufacturers, which primarily makes coveralls for oil and gas workers, have shifted gears to start cranking out masks for Calgarians.

“It does protect and grow jobs — it’s not only stabilized but increased for us. We don’t look at it as one month or two months but closer to six to 12 months,” Bussoli said in the release.

“It gives us the opportunity to develop our expertise in other areas. This situation allows us to become a more diverse company, we’re assessing the long-term changes that may occur… I think it’s going to have an impact on our product line for our customers and The City could conceivably become one of them.”

Calgary Emergency Management Agency Deputy Chief Sue Henry said in the release that the production of masks is an incredibly valuable pursuit.

“We had a need for a significant quantity of these face coverings,” she said in the release.

“What better option than to support local businesses in the process. They had the ability, we had the need, it was a made-in-Calgary solution.”

Hippo Hug owner Leslie Brooks also found that pivoting to the creation of face-coverings was a way to keep her team employed.

The release states that she actually ended up hiring more people to meet the ongoing demand.

“I thought if I can make enough that I can keep everybody employed, great. We always joke if it requires fabric and a sewing machine, we can do it,” said Brooks in the release.

“It’s been super positive, everybody we’ve interacted with has been awesome. I know for sure all of our costs are covered. Whether or not my business is making a profit is not really a concern for me — really my goal was just keeping my staff employed.”

The release notes that Brooks herself can generally create around 100 masks a day, while her company working at full capacity can generally supply up to 1,600 per day.

“It’s fun to start to see our masks in the wild,” Brooks said. “It’s making a difference in someone’s life.”