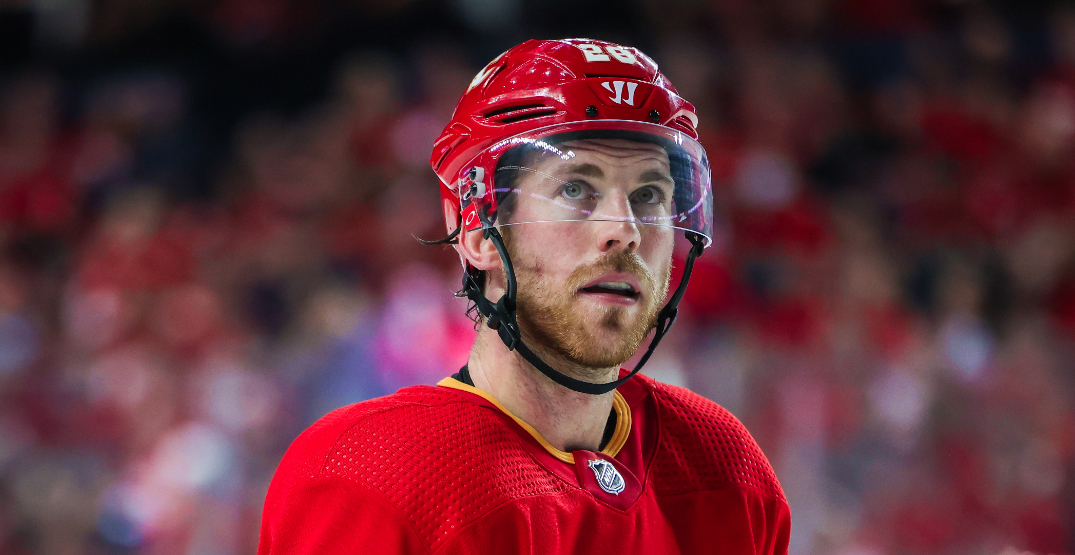 Forgive Elias Lindholm if he isn’t swooning over his Selke Trophy nomination on Tuesday.

He’s got another trophy in mind at the moment.

Lindholm, who will be a fixture on the Calgary Flames top line that could go tete-a-tete with Edmonton Oilers superstars Connor McDavid and Leon Draisaitl with a Western Conference final berth on the line.

“Obviously it’s fun and all that, but yeah, our focus is for tomorrow and the series,” Lindholm said. “It’s obviously cool and it’s fun to be one of the three. Probably after the season, when we’re all done, you kind of sit down and enjoy it more. But right now, the focus is right here.”

Still, the pivot has been named among the NHL’s elite two-way forwards, snagging an acknowledgement alongside Boston Bruins forward Patrice Bergeron, a Selke finalist for the 11th straight season and Florida Panthers centre Aleksander Barkov, who captured the award in 2020-21.

Not bad company for the 27-year-old to keep. And a deserving tip of the hat, too.

Lindholm earned the nomination for the award, given “to the forward who best excels in the defensive aspects of the game” after he helped anchor the NHL’s most productive line alongside Matthew Tkachuk and Johnny Gaudreau this season — at both ends of the ice.

“I think everything, to break it down for you,” started Calgary keeper Jacob Markstrom, himself earning a Vezina Trophy nomination this campaign for his stellar work in the blue paint.

“He’s down low. I see him a lot during games, and that’s a good sign. When the puck is in our D zone, he’s always in the right position and carries the puck up the ice and lets those guys — you know, Johnny and Chucky, down low, they’re so good at creating space and beating guys one-on-one, and then he’s in the slot and has finished a lot of goals that way.

“So, just everything he does all over the ice is great to see.”

The NHL, it turns out, agrees.

Calgary, thanks in part to Lindholm’s efforts, posted its lowest goals-against total over an 82-game season (206) since 2009-10.

“To be quite honest, if the team doesn’t do well, he flies under the radar. The team does well, so then he’s recognized. That’s good. It’s awesome for him.”