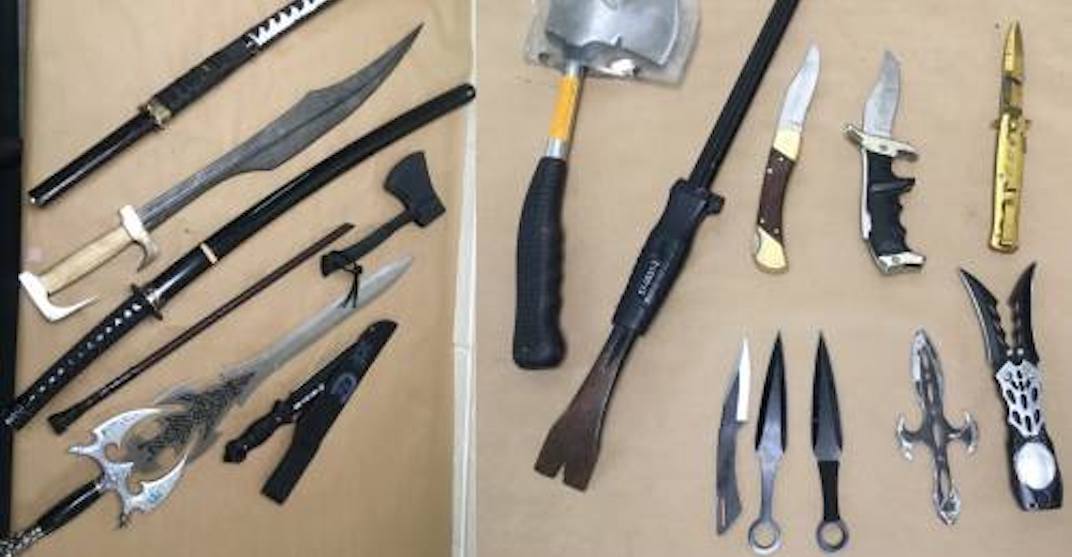 A search by Lethbridge RCMP led to the seizure of stolen property including swords and a handful of throwing knives.

Police also found hundreds of BMX bike parts and five bikes, according to a release from the Lethbridge RCMP.

At the time of the search, the home was occupied by seven adults and two children, with two of the adults being charged.