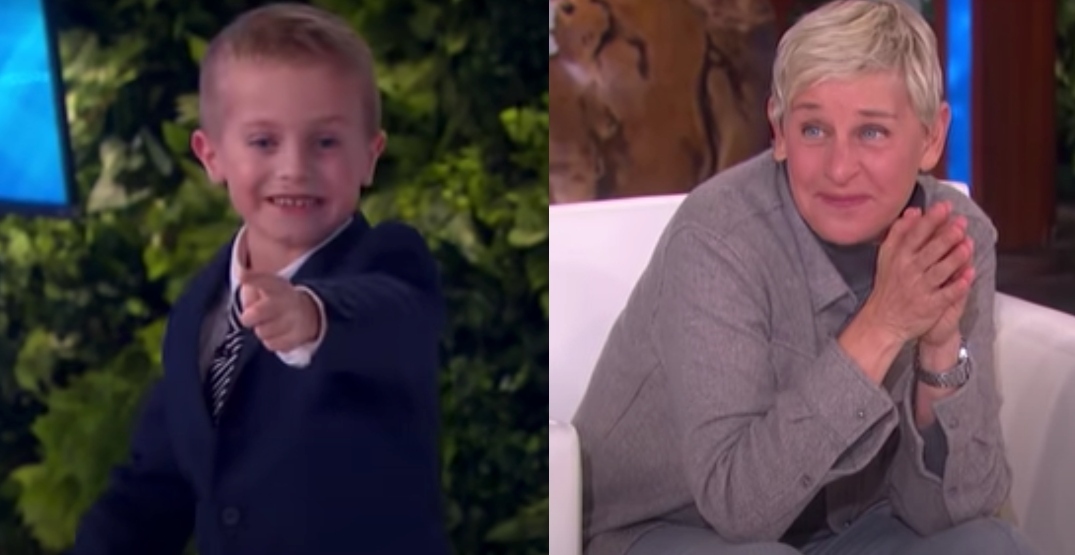 Not many can say they’ve brought Ellen DeGeneres to tears, but that’s exactly what one young Canadian hockey fan did on her show Wednesday morning.

Seven-year-old Callan Perks got the chance to chat with DeGeneres after a video of him giving a rousing pregame speech to the Ontario Hockey League’s Peterborough Petes went viral.

On Sunday while Coach Wilson was away at the Capital Cup, Coach Cal delivered this electrifying speech that led the boys to a 3-2 victory over the @Ottawa67sHockey during Next Gen night! pic.twitter.com/DZwFRpBIML

Perks, who also goes by the name “Coach Cal,” is from Lakefield, Ontario, just north of Peterborough. He spoke about his passion for motivating others.

“I always want to think positive, so even if you’re having a bad day, just go out there and get the W no matter what,” Perks said during the interview.

“Get the W” is a staple line in Perks’ speeches, and he explained it is a good line to get people motivated.

DeGeneres was lucky enough to receive her own personal motivational speech from Coach Cal. Perks hyped DeGeneres up by telling her that she’s a “legend” who has given her all for 19 seasons of the show.

“So when it’s time to say goodbye and turn out the lights, just remember that you, Ellen, will always get the W because you have given whatever it takes to be you,” exclaimed Perks.

DeGeneres gave the young motivational speaker a hug and told him how much his words meant to her.

“I don’t even know you, but you are just a special little being with such a big heart, and I thank you for that,” said DeGeneres.

Perks didn’t leave the show without any goodies. DeGeneres gifted him an Adidas track suit with “Coach Cal” printed on the back, a clip board and a megaphone.