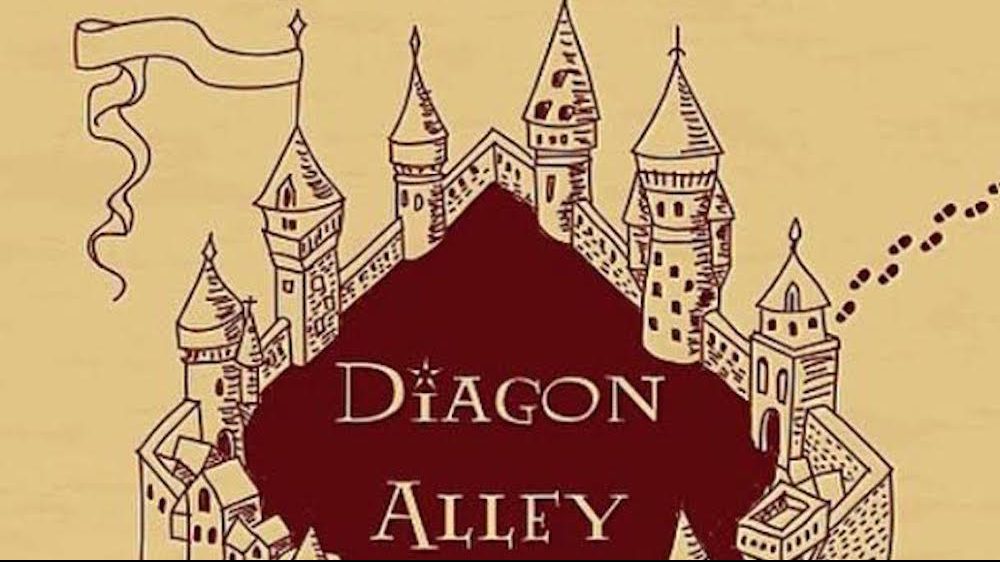 It’s almost here! The time where us closeted witches and wizards can jump onto our Nimbus 2000’s and truly be ourselves. No more jeans, or muggle street wear, it’s time for our finest robes and a refreshing mug of Butterbeer! 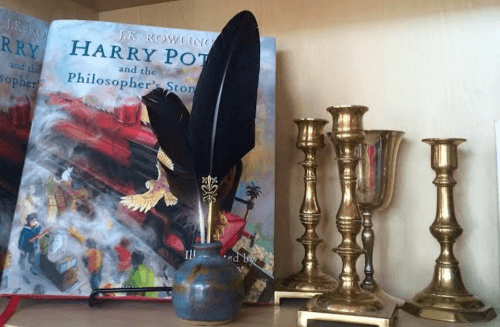 “The Kensington BRZ is invested in community building, so when we were approached by one of the businesses to help them create the Harry Potter event, we felt it was a great opportunity to lend our support,” said Ellen Parker, Communication Director at Kensington BRZ. “The weekend consists of  fun, free, family-friendly events, and we love bringing those to our City!”

A Marauder’s Map will be available from Flourish and Blotts (AKA Pages Books) to help lead you in your quest to participating businesses with an online version at visitkensington.com.

What: July 31 marks the universal release of the 8th publication in the Harry Potter series, “Harry Potter and the Cursed Child,” and it just so happens to be Harry’s birthday too. To celebrate, Kensington is turing into Calgary’s very own Diagon Alley! Pages Bookstore will be home base as “Flourish & Blotts,” where participants can pick up their copies of the new book and a ‘Marauders’ Map’ guide to the other wonders of Kensington Village! 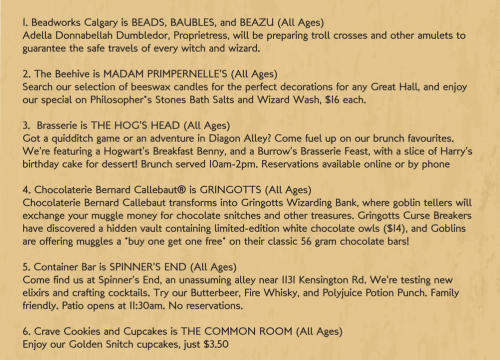 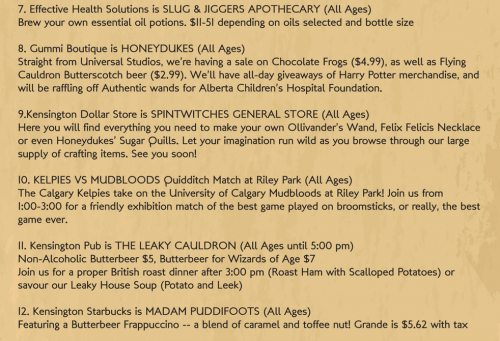 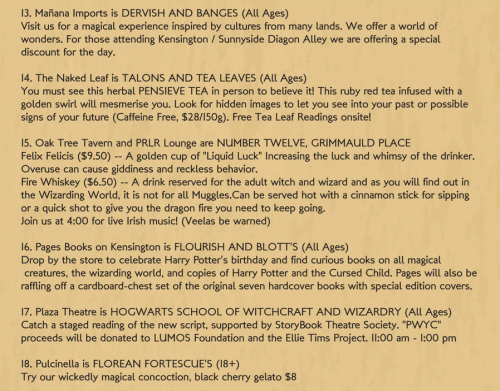 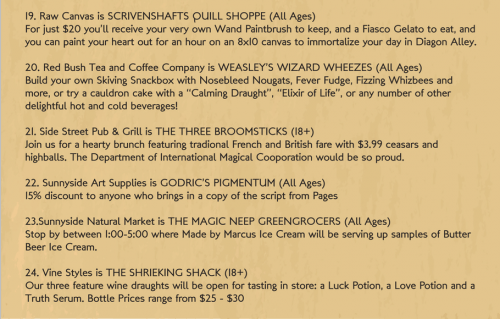