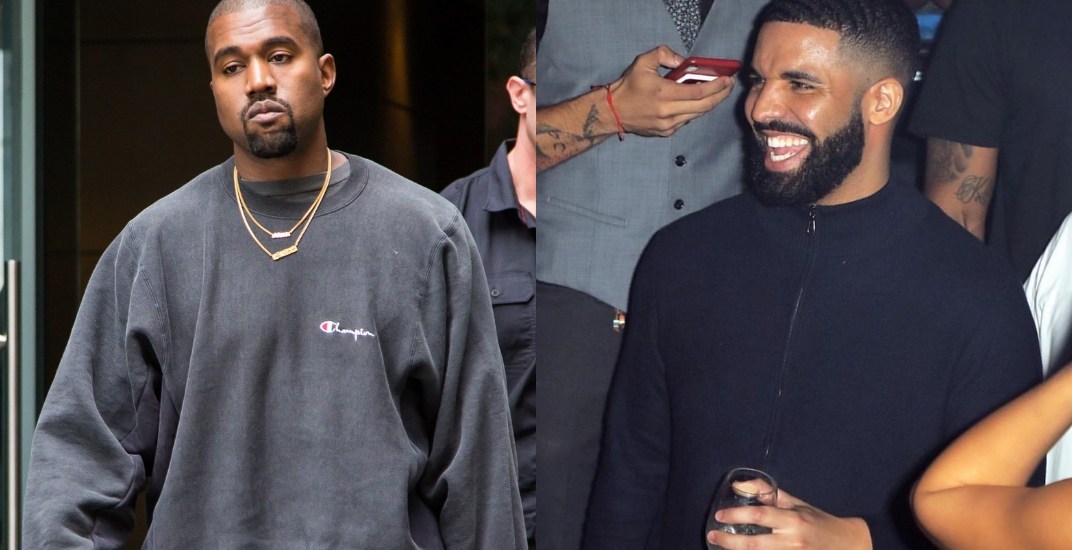 It looks like the Kanye and Drake drama is far from over.

On Thursday, the Chicago rapper went on an absolute Twitter rampage with over 80 tweets aimed at Drake, claiming the Toronto native threatened him.

The Twitter blasts began after West allegedly received a text message that showed Drake’s interest in clearing a sample for the 2009 Kanye-produced track “Say What’s Real” from Drake’s So Far Gone mixtape.

“Drake sent in clearance request for ‘Say What’s Real’. Do you wanna clear,” reads the message. Clearly annoyed by the text, West unleashed a lengthy blast on Twitter. “This proves shit faker than wrestling,” wrote West.

West then wrote a series of tweets demanding an apology from Drake, thus reigniting their beef from earlier this year.

Earlier this year, Drake claimed that West was the source behind Pusha-T’s information from the diss track “The Story of Adidon,” which ultimately led to the reveal of Drake’s son.

I told you I ain’t tell Pusha about your son

West also said he wants a personal apology from Drake, opposed to having to get it through manager Scooter Braun or Travis Scott.

Hours later, Kanye ramped up again, claiming Drake called him to “threaten” him and he went on to blame Drake for “buying first two rows” at Pusha-T’s Toronto show last month, where six people were injured after a brawl broke out on stage.

“Stop this already bro. You getting people hurt out here and over what,” wrote West.

Toward the end of his social media rant, though, Kanye took on a more remorseful tone. “I would never intentionally hurt you bro I never even heard none of the diss records,” he remarked, later adding that their tension “has been bothering me too long.”

While West didn’t reveal what the pair allegedly spoke about, he followed up on Twitter by saying, “by the way… not cleared,” along with a cry-laughing face emoji, which suggests that this rap beef may not be over quite yet.

It’s safe to say that Drake must have witnessed this unravelling because he posted an Instagram story that only featured the hysterical laughing face while West was going off. 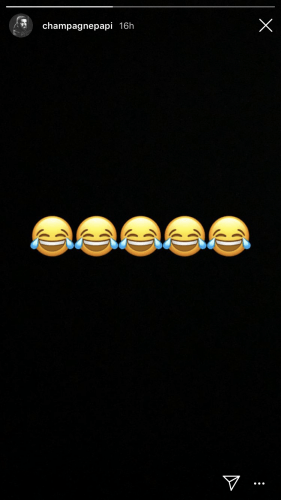