In what may be the most Canadian protest ever, two demonstrators interrupted a Q&A session on peacekeeping being held by Justin Trudeau on Wednesday.

Trudeau is in Vancouver attending the UN Peacekeeping Defence Ministerial Conference, and had begun to answer questions when Jake Hubley and Hayley Zacks stood up. 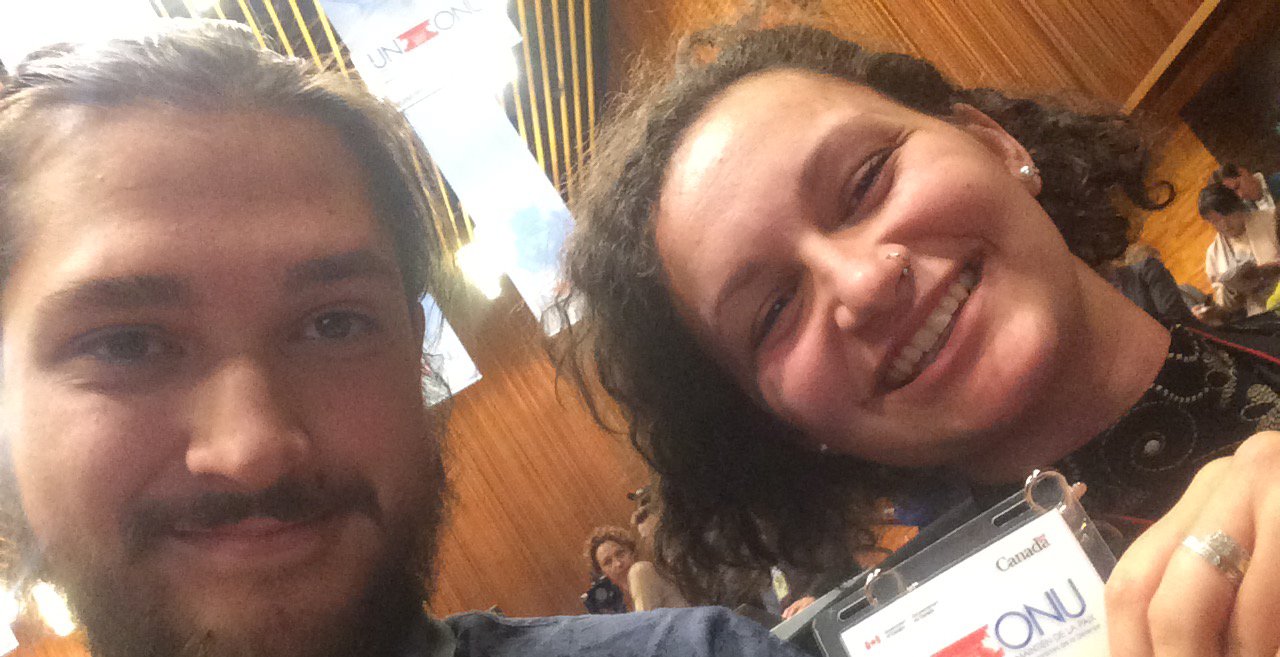 With both holding nicely printed out paper statements, Zacks spoke calmly to the assembled crowd and the Prime Minister about climate change.

“We are here for the youth of today and we are here to say that we voted for you,” she began.

“It was our first election and we were so excited to vote you in as our Prime Minister, based on the promise of real action on climate change and reconciliation.

“But then you went and approved the Kinder Morgan pipeline, and we cannot be climate leaders approving horrible and dangerous tar sands pipelines, that are going through unceded First Nations territory.

“We are here as youth who are scared for our future because of climate change.

“We are seeing a changing climate and we’re moving closer and closer to warming that’s going to create an unliveable planet.

“In Paris, you promised us a 2°C future, and then you went and approved the Kinder Morgan pipeline.

“The Kinder Morgan pipeline is going to increase emissions from the tar sands, it is going to poison our water, our land, and everything that we hold dear.”

Protesters disrupting @JustinTrudeau ‘s Q and A session saying they are disappointed with his decision with #KinderMorgan pipeline. #PeaceConf17 pic.twitter.com/och9dgMt0F

PM listens and thanks them for their activism and they are led out of the room.

At that point, security shuffled over, thanked the pair, and quietly said it was time to go.

As the peaceful pair picked up their jackets and were led to the door, Trudeau thanked them for their questions and activism.

“Keep up the activism please. It’s great to see young people stepping forward and sharing their concerns and views. We certainly take those very seriously.”

According to environmental organization Stand.earth, Hubley is a community organizer and Zacks is a climate campaigner with Stand.earth, both in Vancouver.