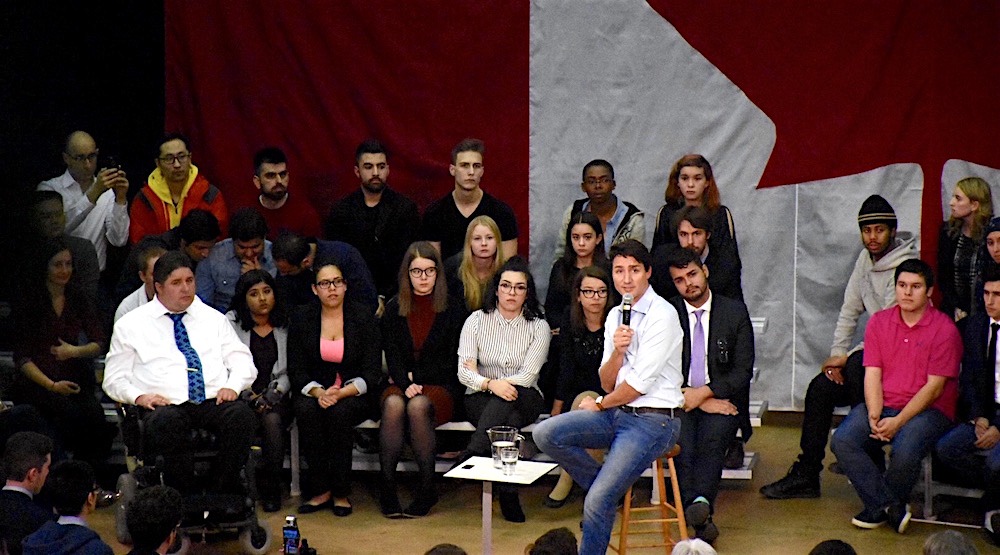 Prime Minister Justin Trudeau met with Calgarians last night during a town hall meeting at University of Calgary to discuss a wide range of issues regarding Alberta and its economy.

There were mixed emotions floating around the Jack Simpson Gymnasium, however the overall atmosphere of the meeting consisted more so of optimism rather than negativity.

Although there were occasional outbursts from a few citizens, the majority of the meeting was conducted respectfully by the Calgarians present as well as the prime minister himself.

Questions regarding Alberta’s youth, economy and oil sands, among many others, were brought up a significant amount throughout the night.

One question that was asked in relation to Alberta’s economy was by a small business owner based in Calgary. “The economy is definitely not going the way we want it to right now,” said the business owner. “It’s almost like you’re fighting against businesses.”

The PM had much to say in response on the subject. “We know that we need to make it easier and better to build businesses in Canada, to be successful in a global market place being competitive – and that’s exactly what we’re moving forward on.”

“We know that the economy is strong when the middle class is strong,” said the Prime Minister.

Trudeau went on to say that investments on infrastructure, roads, transit and bridges, are some of the many improvements being made that will help to get Albertans’ products on the market.

He also mentioned that pipelines, such as the Kinder Morgan Pipeline, are finally being built in Alberta after a long period of time, and that this too will help to rebuild Alberta’s economy.

Contrasting opinions concerning the Prime Minister and the town hall meeting are inevitable. However, many participants at the meeting agreed that Prime Minister Trudeau’s overall message to Calgarians, as well as the rest of Alberta, was an encouraging one.