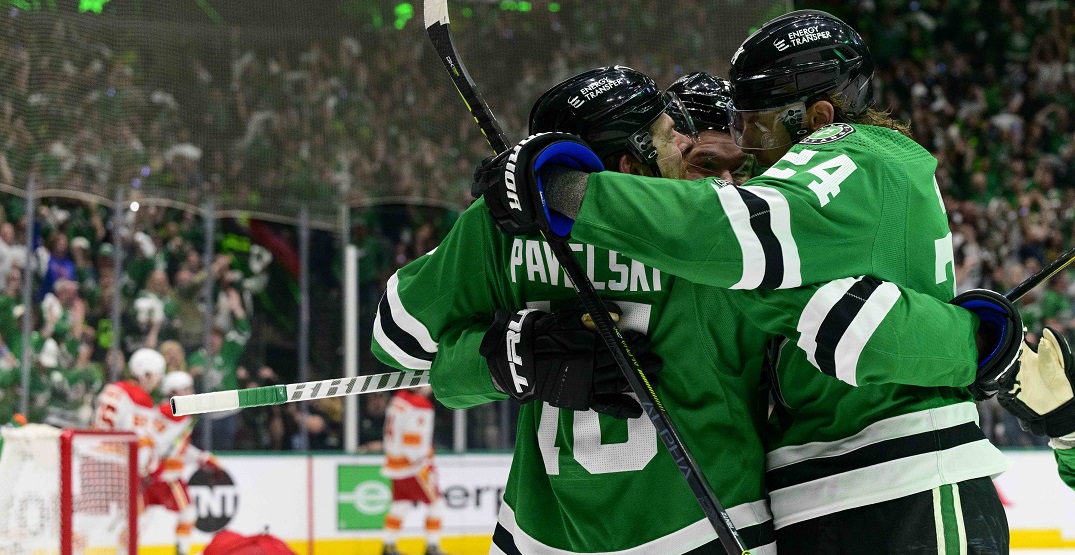 The Calgary Flames came into the postseason with high expectations.

Finishing the season with 111 points, the sixth-best record in the league, the team’s high-octane offense had no issue scoring in its first 82 games.

Calgary scored 293 goals in the regular season, including three forty-goal scorers in Johnny Gaudreau, Elias Lindholm, and Matthew Tkachuk. Calgary eked out a 1-0 victory in Game 1 of the series, but it was hard to imagine how much of a sign of things to come that opening game would be.

To say their offence has dried up would be an understatement: the Flames have managed just three goals in three postseason games.

Lindholm has scored twice for the Flames, including the lone goal in a 1-0 Game 1 win, but Trevor Lewis — who scored just six times in the regular season — was responsible for the Flames’ other goal of the series, coming in a 4-2 loss on Saturday night in Dallas.

23-year-old Stars goalie Jake Oettinger has earned plenty of praise for his .969 save percentage that has helped lift his team to victories in each of the last two games, and the Flames are seeing the flipside of that.

Dallas is 15th in the league when it comes to playoff offence, but they’ve still got six goals in total, twice as many as Calgary.

In fact, 12 players across the league have as many (or more) goals as the Flames do, including a pair of Edmonton Oilers.

The Flames don’t have a ton of margin for error moving forward.

They’ve had no shortage of scoring attempts, averaging 32 shots per game in the first three contests. But if they don’t manage to find the back of the net soon and turn the series around in their favour, it could be a long offseason wondering what the heck happened to the team’s normally astute offence.