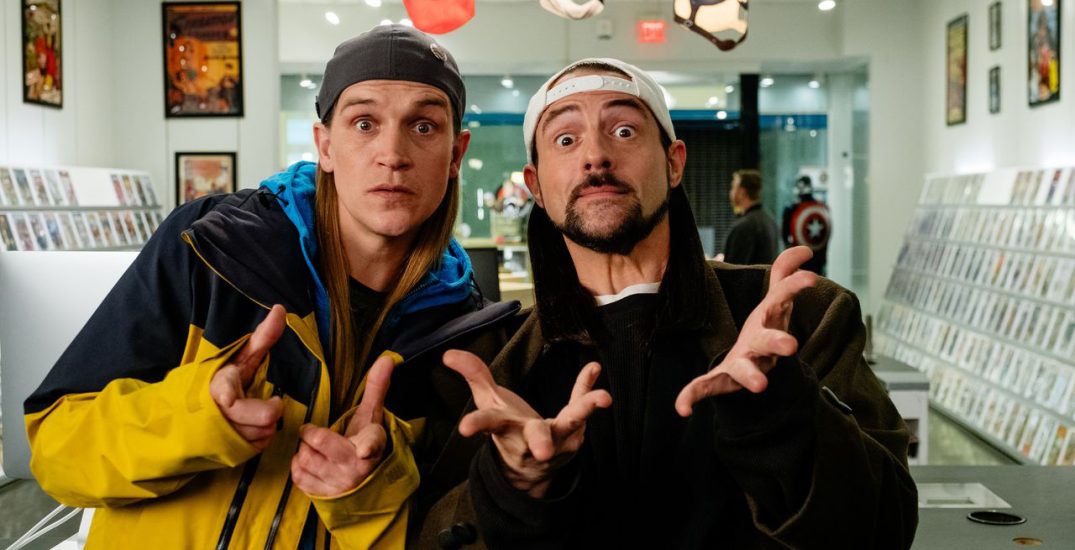 COVID-19 continues to present a risk to public health. As recommended by health officials, if you choose to participate in events outside of your home, please adhere to COVID-19 health and safety measures, including proper physical distancing, mask-wearing, and frequent handwashing. Additionally, be aware that many businesses and events may be participating in the Restrictions Exemption Program and will require proof of vaccine or a negative, privately paid COVID-19 test. If you are sick, please stay home.

The Calgary Expo has begun announcing this year’s celebrity guest appearances, and one of the film industry’s most hilarious duos is the latest addition to the roster.

On Wednesday, the Calgary Comics & Entertainment Expo (Calgary Expo) announced that Kevin Smith and Jason Mewes (perhaps better known as Jay and Silent Bob) will be guests at this year’s event.

After being postponed in 2020 due to the pandemic, the Calgary Expo ran a “limited edition” version in September 2021. The expo returns to Calgary in full force this April at Stampede Park.

Smith and Mewes are best known for their portrayal of recurring characters Jay and Silent Bob, along with the 1994 independent cult hit Clerks, its 2006 sequel Clerks II, and the upcoming Clerks III.

In addition to Clerks, Smith has made popular movies like Mallrats, Chasing Amy, Dogma, Jay & Silent Bob Strike Back, and Red State. Mewes has appeared in several of Smith’s films, along with other projects including Pauly Shore is Dead, Bitten, Breath of Hate, Silent But Deadly, and Hawaii Five-0.

According to a press release, the duo will be joined at the Calgary Expo by Clerks franchise stars Brian O’Halloran (“Dante Hicks”), Jeff Anderson (“Randal Graves”), and Trevor Fehrman (“Elias”).

Fans will have the opportunity to see and meet the cast as they sign autographs, pose for photos, and appear live on stage at Q&A panels. This is the first time in over a decade that in-person autographs and photo ops will be available with the in-character Jay and Silent Bob.

Kevin Smith and Jason Mewes will also appear on stage at a separately ticketed after-hours event: Jay and Silent Bob Show, a one-night-only live comedy show on the Saturday of the expo.

Smith and Mewes join previously announced guests for the Calgary Expo, including Ming-Na Wen (The Book of Boba Fett, Mulan, Agents of S.H.I.E.L.D.).

This year will mark a big return for the expo, which is regularly attended by more than 90,000 fans of all ages. The show’s 15th anniversary, originally meant to take place in April 2020, will also be celebrated in 2022.

When: April 21 to 24
Where: Stampede Park, Calgary
Tickets: Early-bird tickets available now; with single-day tickets starting at $16, four-day passes from $99, and premium packages from $129