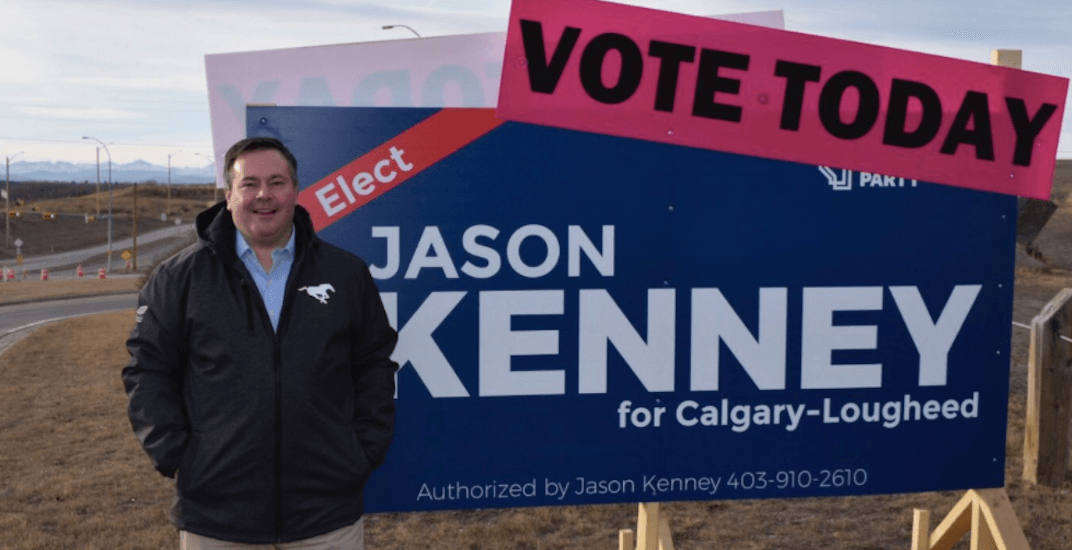 The results are in and a new representative for the Calgary-Lougheed electoral district has been chosen.

After four days of advance voting and a Voting Day on December 14, United Conservative Party Leader Jason Kenney pulled ahead of the other candidates in a decisive victory on Thursday night.

With 22 of 22 tabulators reporting as of 9:09 pm on Thursday, Kenney took the seat with 71.51% of the vote, according to the unofficial count.

Thank-you Calgary Lougheed voters! I will work hard for you every day.

You’ve sent a message to the NDP: stop raising our taxes & quadrupling our debt.

Tonight’s result shows that the unity campaign has succeeded: we are stronger together! pic.twitter.com/vv90Rlt1zw

Following far behind in second was Phillip Van Der Merwe of the NDP, with the Liberal Party of Alberta’s David Khan coming in third.

The byelection was called after MLA David Rodney stepped down from his post to give Kenney an opening shortly after he was elected leader of the UCP.

Two other party leaders, David Khan with the Alberta Liberal Party and Romy Tittel of the Green Party of Alberta, also threw their hats into the race, but Kenney ultimately came out with the seat.