Alberta Premier Jason Kenney saw the most drastic drop in approval of all Canada’s premiers, according to a recent poll.

The poll by DART C-Suite shows that Kenney dropped down to third-to-last out of the country’s 10 provincial leaders, coming in ahead of only Nova Scotia’s Stephen McNeil and Ontario’s Doug Ford.

The poll was conducted online between November 27 and December 3, 2019, with a total of 5,035 Canadians participating.

Kenney dropped 15 points from 55% of respondents approving of the premier down to just 40%, according to the survey results, which was provided by DART & Maru/Blue Voice Canada Poll. 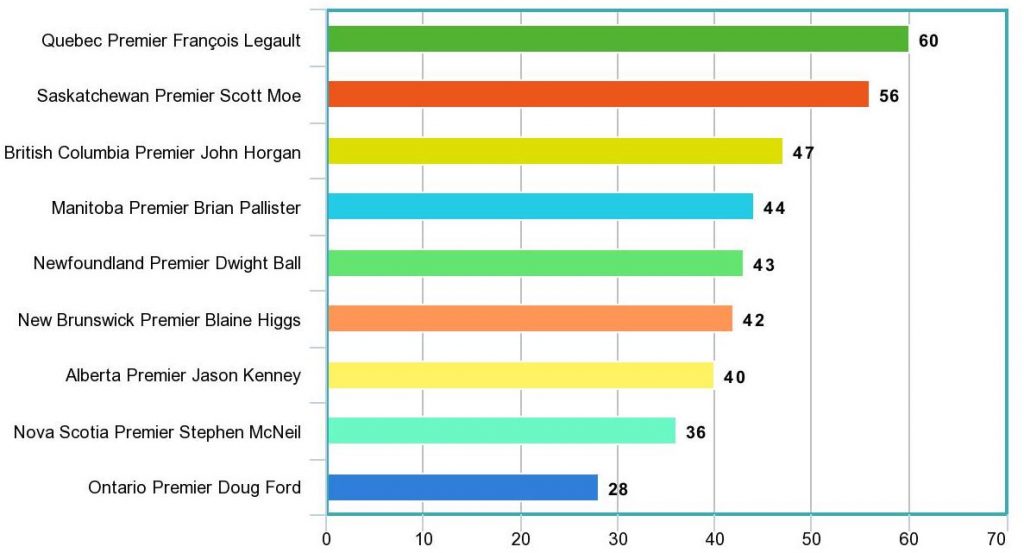 On the other side of Canada, Nova Scotia’s McNeil sits at 36% approval, ahead of Ford’s 28%, thanks to a 17% jump in ratings since September.