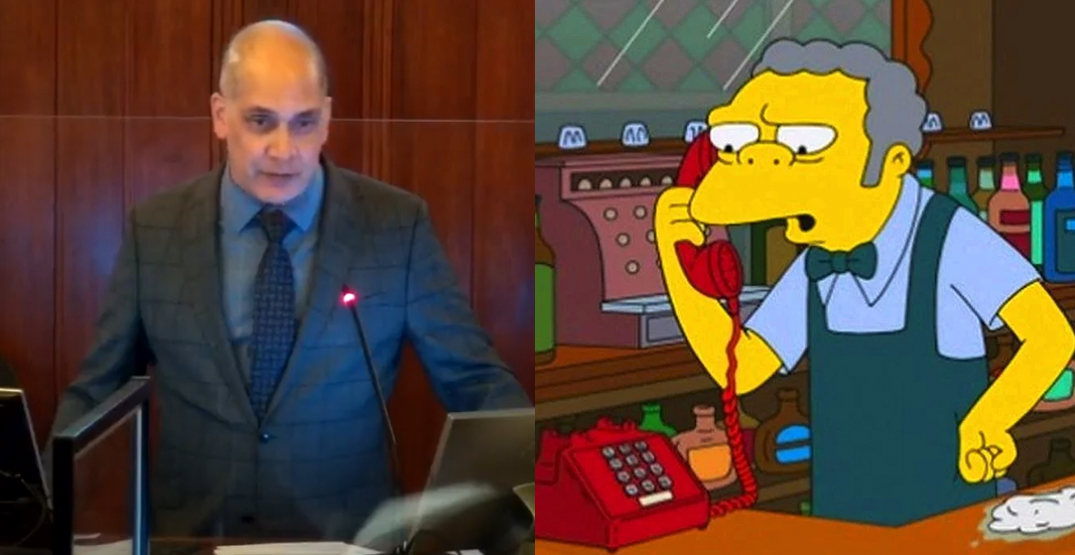 Vancouver city councillor Pete Fry during the January 18, 2022 meeting (left), and a scene from The Simpsons with Moe Szyslak answering a prank call from Bart Simpson (right). (City of Vancouver/Disney)

Vancouver City Council’s first public meeting of 2022 had a moment of levity when the very first person on the list of public speakers channelled their inner El Barto and Daniel Larusso.

After concluding an initial segment of Tuesday evening’s meeting involving questions to city staff, Green Party councillor Pete Fry, who was chairing the meeting, turned his attention to the speakers list, calling in to voice their opinion on the matter at hand.

Seemingly unaware of the pseudonym and its raunchy double entendre implications, Fry initially called out the name not once, not twice, but three times.

“Seeing no further questions from council, we’re now going to hear from the public. Starting with speaker number one… Jackin Daddyoff. Do we have Jackin Daddyoff on the line?” called out Fry.

After 30 seconds, the speaker began addressing city council only after the city clerk doubled down to signal to the individual on the phone that he had their full and undivided attention.

For those who grew up watching The Simpsons, this was unmistakably inspired by Bart Simpson’s timeless anonymous prank calls to Moe’s Tavern, asking to speak to people with names such as I.P. Freely, Jacques Strap, Seymour Butz, Mike Rotch, and Ivana Tinkle.

But instead of hanging up on city council, Jackin Daddyoff came prepared with actual material to deliver.

“I think we have to oppose the heck outta it. If this thing gets rezoned there’s going to be construction there for a while, and I just can’t handle it, you know? I’ve been training martial arts right beside the building for six years. I’m extremely disciplined and I only use my fists for defence. I can defend myself against anyone at this point… it would not even be fair for me to use them on offhand, they would give me weapons,” said Daddyoff.

“I can’t have this rezoning go ahead. There will be traffic and noise that will totally disrupt my vibe. I have a bear inside of me and I need this discipline of martial arts to keep him at bay. I need to keep the bear tamed or he’s going to go searching and he’s going to find. I’m not saying I don’t have control of myself, that would be insane. I’m saying my dojo should not be disrupted by these gosh damn things off someone who wants to make a quick buck; it ain’t cool where I’m from!’

The speaker’s three-minute rant appears to have been a parody of The Karate Kid, or its recent Netflix hit sequel series, Cobra Kai.

Daddyoff appeared to be mocking NIMBYs (not in my backyard), who oppose neighbouring building developments for various perceived impacts on their homes and businesses.

“My Sensei Wang would not approve. He’s taught me everything I know, and I know a bunch of stuff! My Sensei Wang has been with me through all trials and tribulations I’ve gone through over the last six years. I’ve been through two divorces, my anger management course, my bankruptcy, and of course, COVID. That kind of loyalty deserves loyalty in return. He didn’t give up on me when my roundhouse kicks were laughable. He didn’t shun me… He kept teaching me, which is a virtue that seems lost in society today.”

Later on in the public hearing on the same building development proposal, the meeting was again derailed by a public speaker who identified themselves as Alexander Haldenstein. He delivered his take entirely by rapping, but eventually, after repeated warnings on going off subject matter, he was cut off by Fry. 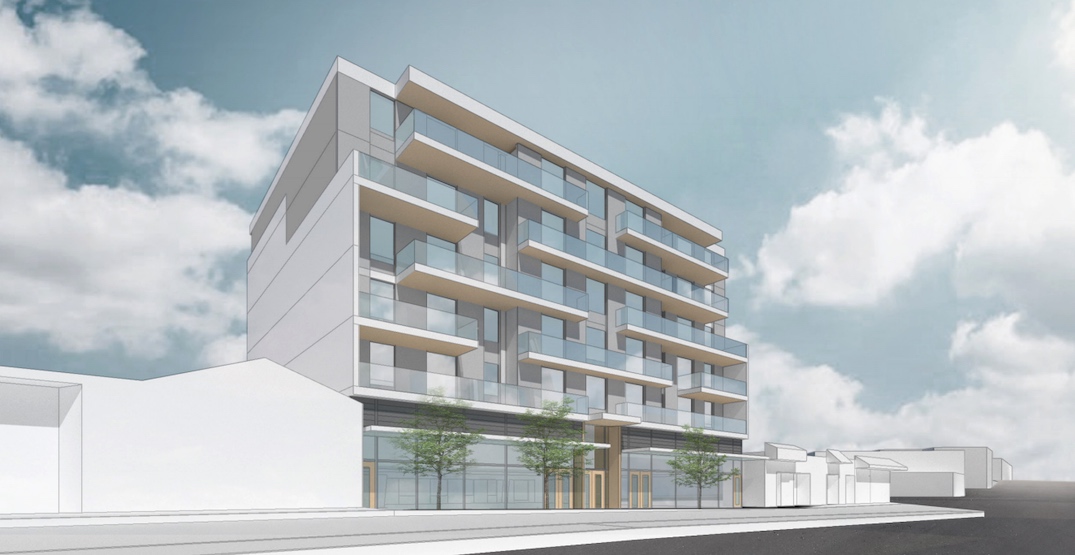 City council went on to approve the subject matter on hand, the rezoning application for 1369-1381 Kingsway (northwest corner of the intersection of Kingsway and Knight Street) to build a six-storey building with 49 secured market rental homes and ground-level retail, with COPE councillor Jean Swanson and TEAM councillor Colleen Hardwick opposed.

The public hearing also reached and saw the approval of two other building proposals.

The rezoning application for 3304 Kingsway (replacing the 7-Eleven at the southeast corner of the intersection of Kingsway and Joyce Avenue) calls for a six-storey building with 79 secured market rental homes and ground-level retail. Swanson, Hardwick, and independent councillor Rebecca Bligh voted in opposition.

The final rezoning application for consideration in the meeting, 185-193 Southwest Marine Drive, proposed a six-storey building with 46 secured market rental homes, with Swanson in opposition and Hardwick abstaining. Mayor Kennedy Stewart was absent from the meeting for other business. 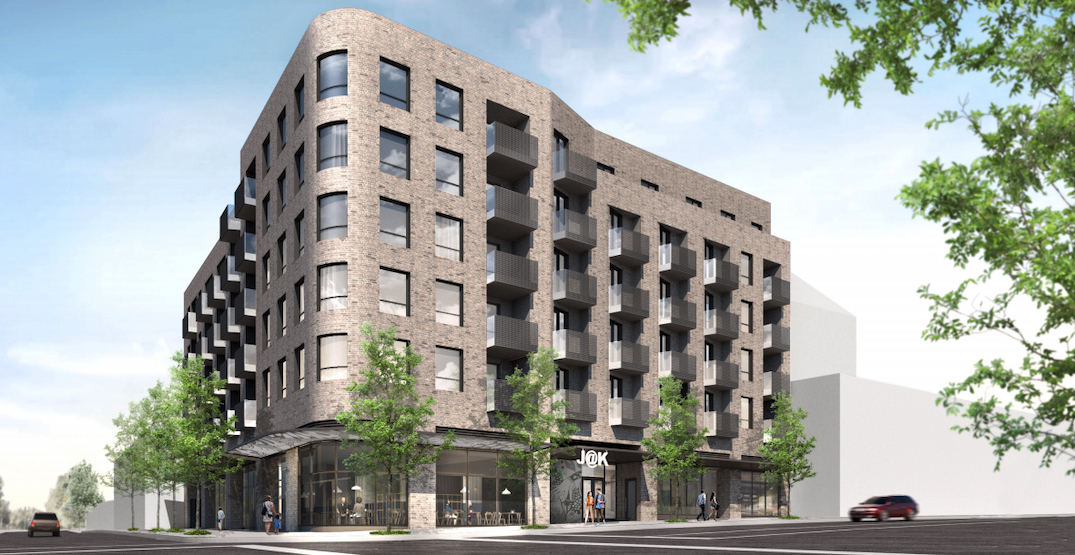