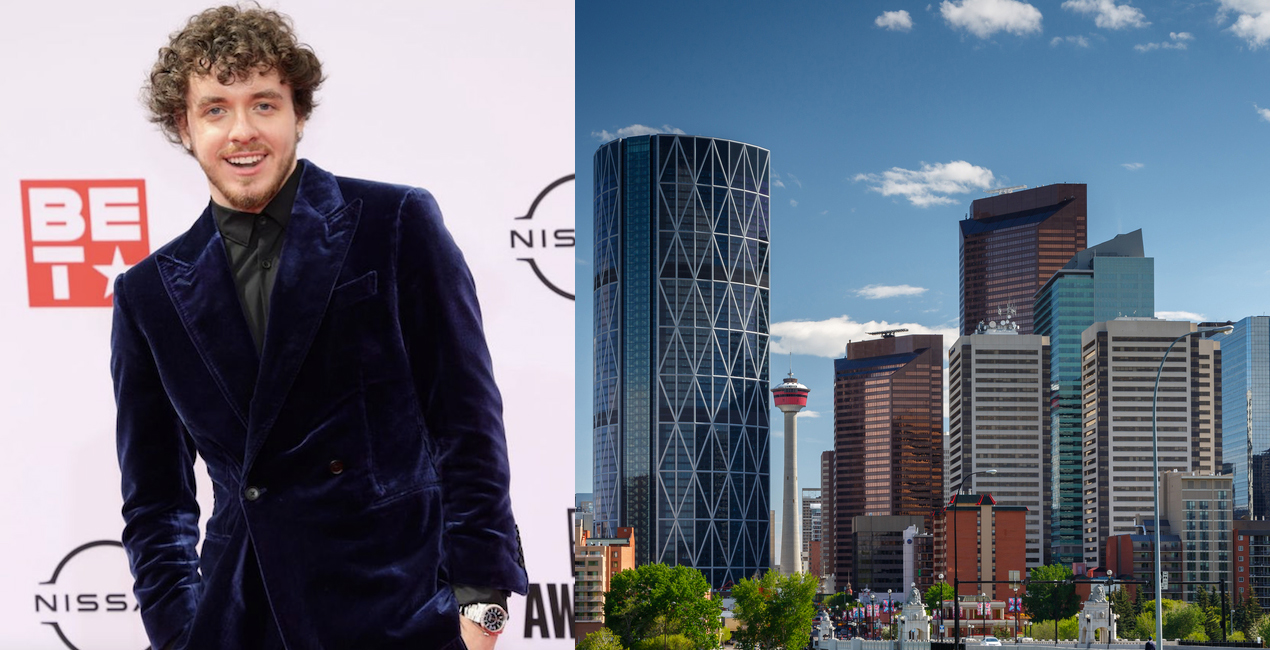 Rapper Jack Harlow gave a sweet shoutout to Calgary in a recent interview, saying that he’s a big fan of the city.

The American rapper, who has more than four million followers on Instagram and plenty of TikTok-worthy songs such as “WHATS POPPING,” chatted with Nardwuar, an enthusiastic interviewer and musician from Vancouver, in a YouTube video published on January 7.

The interview took place in Malibu, California, and Nardwuar and Harlow discussed a variety of topics before our fair city of Calgary came up.

“What about playing in Canada?” asks Nardwuar. “Did you play Sled Island in Calgary, Alberta, Canada?”

“The neighbourhood festival, the block party down there, yeah,” Harlow confirms. The rapper played Sled Island, an annual music and arts festival, in 2019.

He went on to say that he was a “big Calgary fan,” apparently even letting Drake know that The Six has nothing on YYC. “I told him, ‘Toronto’s cool but they ain’t Calgary,'” Harlow says in the interview.

Apparently Calgarians weren’t as big on Harlow as he was on our city. “Definitely no one there knew who I was,” the rapper says. “My Calgary fanbase was not up.”

“How did you know people weren’t into you?” asks Nardwuar, before Harlow corrects him.

“No, they were into me, they just didn’t know me,” he says, recalling, “I remember taking a mental note before I went up on stage in Calgary, and I was like ‘You know what Jack? Just be an entertainer. It’s not about you. Just give the people that energy.’ And I just caught my vibe, I just gave it everything I got, and the people were feeling me.”

You can watch the full interview on YouTube now:

At around the 16-minute mark, Nardwuar asks Harlow about his Calgary show and then talks about his experiences at Fortune Sound Club in Vancouver’s Chinatown neighbourhood.