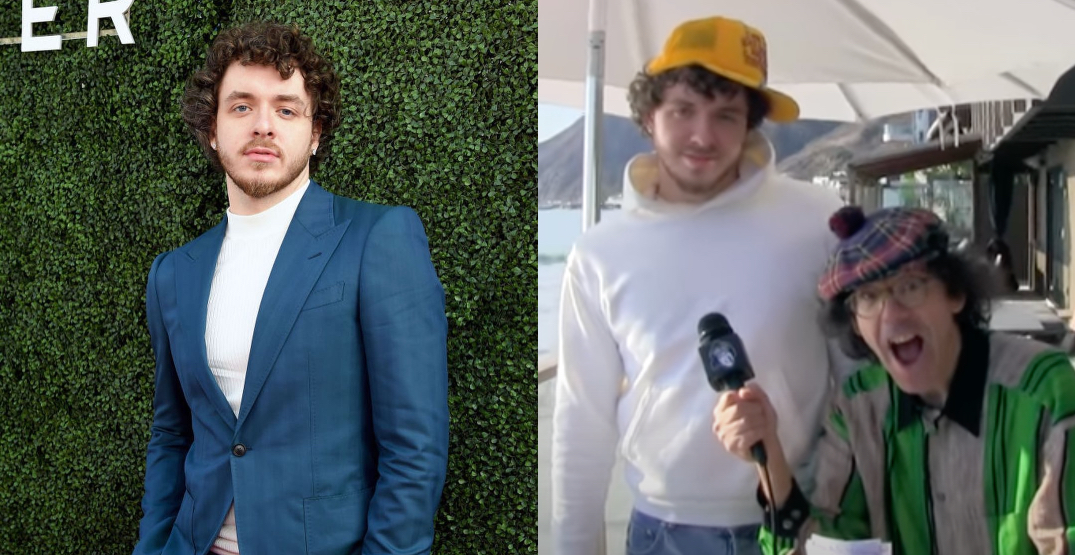 Vancouver’s most enthusiastic music reporter, Nardwuar, just interviewed Jack Harlow about his experiences in Canada, and the artist gave sweet shoutouts to Vancouver and Calgary.

The American rapper, who has more than four million followers on Instagram and plenty of TikTok-worthy songs like “WHATS POPPING,” was asked about his early Canadian shows in an interview posted to YouTube on Friday, January 7.

“What about Vancouver, BC? Did you play Fortune Sound Club?” asked Nardwuar.

“Couple times,” said Harlow. “I did it one time and there were so few people there, they didn’t let me use the stage. They made me perform on the ground like this, literally eye level with my fans.”

According to Harlow, that show was more like a cipher, and there were just 15 kids there.

“It was a character-building exercise. I’ve been through a lot of those. It’s actually helped me become very comfortable on stage because I had to humiliate myself a few times. I had to be humble,” said Harlow.

Then, a year later, he came back and played for two to three hundred people.

You can watch the full interview on YouTube now:

At around the 16-minute mark, Nardwuar asks Harlow about his Calgary show and then talks about his experiences at Fortune Sound Club in Vancouver’s Chinatown neighbourhood.