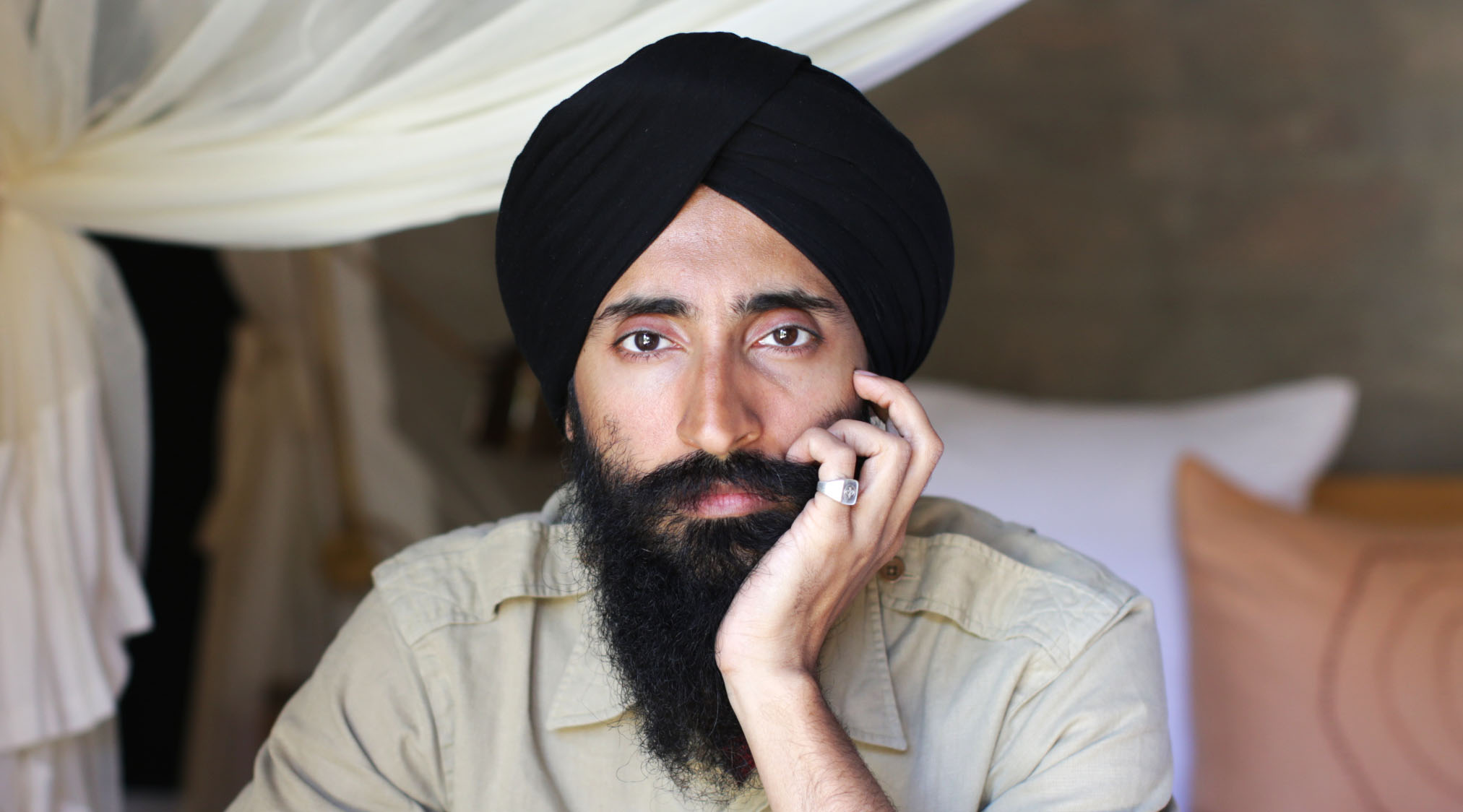 Waris Ahluwalia is a busy man. Creating iconic clothing and jewellery, lending his acting skills to Hollywood directors, and calling for cultural understanding is time consuming.

The internationally renowned designer spoke to Daily Hive about his inspiration, the future, and his experience in Mexico – where he was barred from a flight to NYC Fashion Week because airport security took exception to his Sikh turban.

“I’d experienced things like that numerous times, as has probably every other Sikh male in the country,” Ahluwalia said. “I wasn’t taking it as an attack on me as an individual, it was more an attack on my humanity and my human rights.”

“When they offered me tickets for the next flight, I realized – my problem is solved… But this is a much larger issue. I could go home, but every bone in my body knew there was actually no way I could go home.”

In the media storm that followed, Ahluwalia issued high profile calls for cultural discussion and understanding.

“This is a problem for humanity and it’s the only one worth solving, because from that comes everything else. I’m talking about going down to the roots and admitting to yourself your own fears, your own prejudices, and your own mistakes. We all have them – how do we tackle that?”

Ahluwalia hopes to continue that dialogue when he visits Vancouver later this week, where he will be honoured by the Indian Summer Arts Society, and he encourages people to approach each other with love instead of fear.

“All people need to do is start talking about it…The work that I do in my day to day puts the image of an unconventional individual in front of people.

“A Sikh male is generally not found in fashion or in film or in art or in any of the things I’m involved in. Just the presence itself is a conversation starter. I just have to show up.” 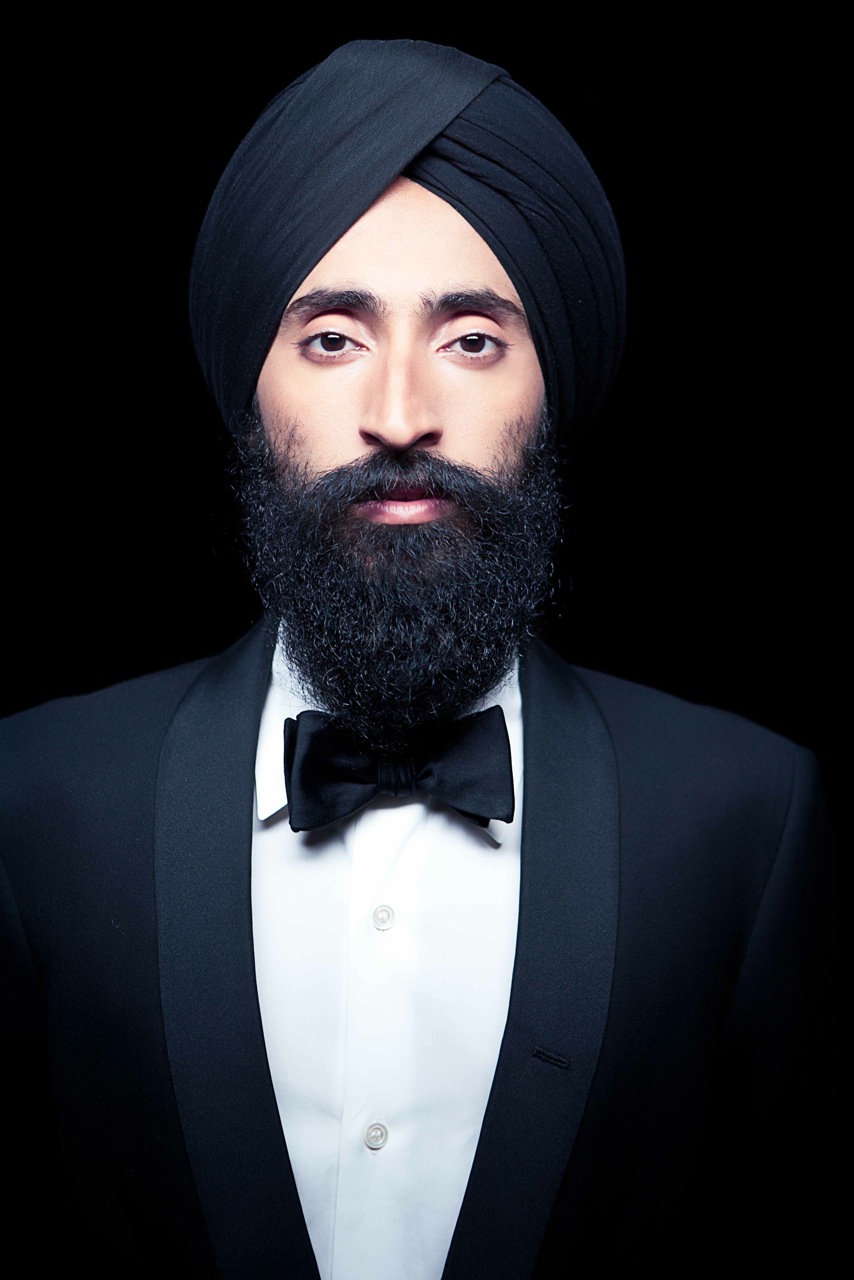 And Ahluwalia is certainly showing up. The designer rose to fame after he created a series of rings, which sold out at luxury store Maxfield’s in Los Angeles in 2007.

“My inspiration is love and history… It doesn’t matter if I’m talking about human rights or making a necklace or designing a suit… I think it all comes back to that.”

Ahluwalia has since gone from strength to strength, launching his own fashion house, House of Waris, and regularly being named one of the best dressed men in the world. He’s also appeared in several films by long-time friend Wes Anderson and, most tellingly, Spike Lee’s Inside Man, playing a Sikh bank clerk who has his turban removed by police.

“For me, nothing’s changed, I’m still doing what I’ve always done, just in a different form,” says Ahluwalia. “The execution changes, but the message stays the same.”

His rise may seem meteoric, but nothing could be farther from the truth.

Ahluwalia has tried everything from political science and advertising to tech startups and restaurants, until he found his niche by getting involved in art projects in New York. Now, he encourages young people to try as many different things as they can, and forget about their fear of failure.

“Try it, try it… Everyone else is so busy being self-involved, no one cares if you fail or succeed. Everyone is lost in their own selfie. And so why be afraid?

“Celebrate every one of your failures because every time you’ve failed, you’ve tried something.”

For Ahluwalia, it is the only way to live.

“For me and my circle of friends, it’s just about constantly doing it. I create because I have to….I’m doing the only thing I know how to do, which is everything and which is creative. That’s what it comes down to, it’s just making.”

Ahluwalia is a thoughtful man, even quoting 19th century French writer Stendhal to describe his own work: “Beauty is nothing other than the promise of happiness.”

So it may be a surprise to learn he is in talks to host a chat show on Playboy TV. But he says he’s not worried about his brand.

“There’s no time for that. There’s only time to do and make and create,” he says.“The only kind of perception I’m thinking about is shifting humanity’s perception about ourselves as individuals and how we relate to one another.”

And so what now, for a man who has already achieved so much?

“I shall only say this much. We’ve only just begun.”