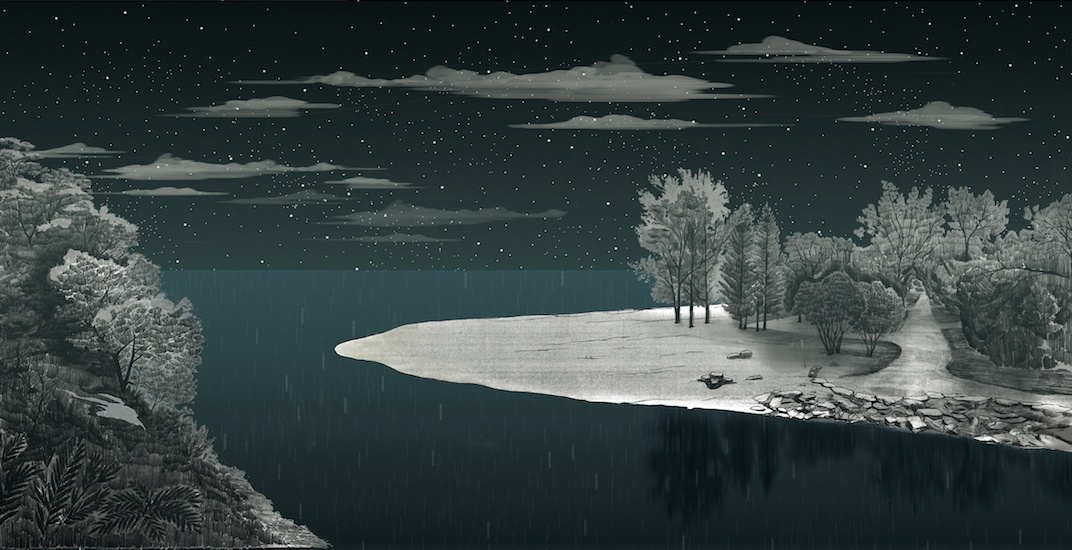 If you’ve ever been to a museum and just really wanted to touch the artwork, you’re finally in luck.

While you may not be allowed to put your grubby fingers all over everything, the installation does include storytelling, projection, and technology – turning it into an interactive experience for attendees.

Fuller explained some of the participative aspects of Illuminations: human/nature to Daily Hive in a phone interview.

She said that each group will be given certain tools that will help them navigate the various installations, including a lantern, handheld flashlights, and a projector – all well-suited tools, given the name of the show.

“Instead of going passively through an installation, people will have an opportunity to shape it in the way that they use the tools,” said Fuller.

The artist said that the idea for Illuminations: human/nature started four years ago when she began researching Banff National Park; specifically the area of Minnewanka.

Since then she partnered up with Moment Factory to create the interactive installation, which she says allows people to better engage with artwork than they would in traditional galleries.

“Having the opportunity to navigate through [the installation] and work together to interact with the space may offer [visitors] a new way of thinking about each place,” said Fuller. “I think that it will add a layer of complexity to the site, just by being in it and seeing the narrative around you, being immersed in it.”

The installation will be available at two locations; first at Banff National Park from October 5 to 7, and then it is travelling to the Rouge National Urban Park near Toronto from October 19 to 21.

“I would encourage people to come out and see the show and hopefully take away a different way of thinking about each place,” said Fuller.