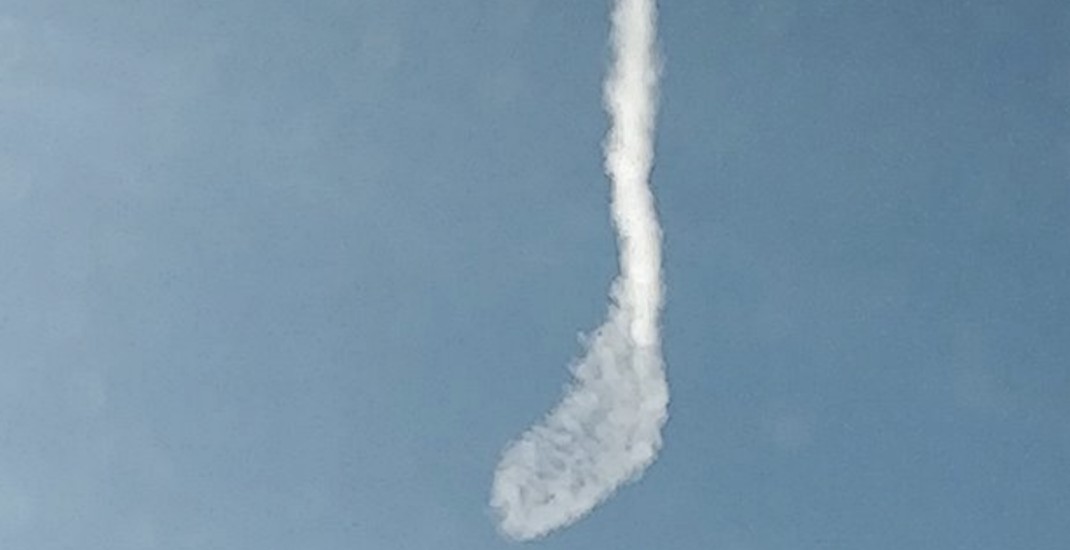 A cloud-shaped hockey stick appeared in the skies over Saskatchewan last week symbolizing a sign of hope for those impacted by the Humboldt Broncos tragedy.

Saskatchewan resident Stephanie Galenzoski shared a photo of the cloud on Facebook.

“I took this on the way to work this morning. The minute I saw it I knew it was a hockey stick. In the wake of this recent horrible tragedy, I have never been so proud to be Canadian. We rallied and support one another in the best ways we could. When something so negative happens it is amazing to be able to look to a positive,” wrote Galenzoski on Facebook.

“Those boys, their coach, trainer bus driver, announcer, and statistician left our world too soon and without a heartfelt last word to their loved ones. I cannot help but think this is them giving us their support from above.”

The photo caught the attention of Canadian hockey Olympian Hayley Wickenheiser, who Tweeted it with the caption “Spotted in Saskatoon yesterday. The sticks have finally reached their destination.”

Donations and well wishes have been pouring following the now-infamous incident when a bus carrying players and coaching staff from the Saskatchewan Humboldt Broncos junior hockey team was hit by a semi-trailer on Friday, April 6.

The crash killed 16 people, including the bus driver and 14 others were injured.