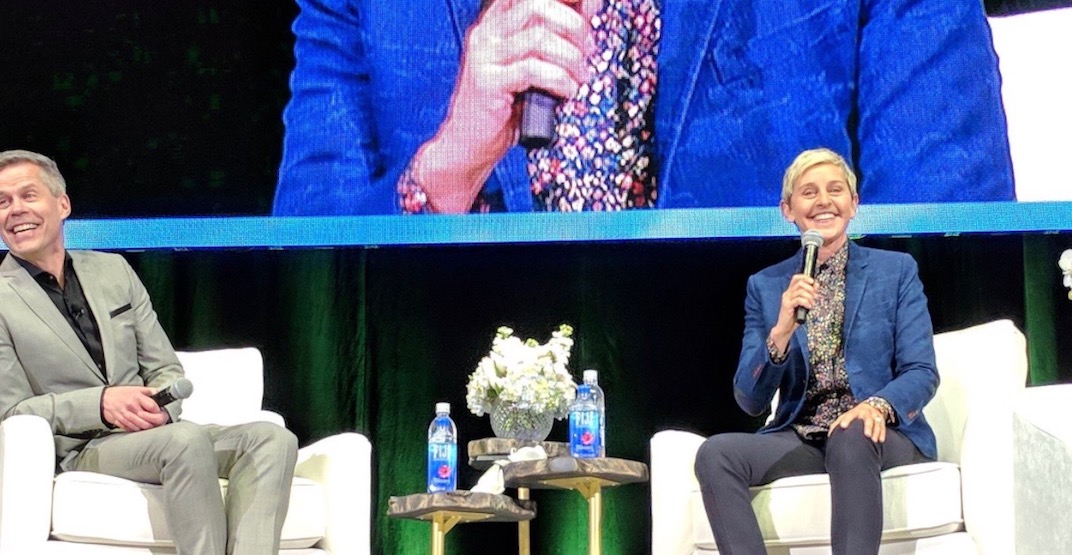 Calgary’s Scotiabank Saddledome was absolutely packed on Saturday night, and it wasn’t because of a hockey game or a big-time country music concert, it was for one of TV’s most-loved talk-show hosts, Ellen DeGeneres.

Hosted by Calgarian TV personality Dave Kelly, A Conversation With Ellen DeGeneres gave attendees the opportunity to see the Finding Nemo voice actor answer an in-depth Q&A session about life and love during this live one-night-only show on April 21.

Degeneres brought her quick wit and punchy sense of humour to the show, but first, she brought a hockey stick on stage in honour of the Humboldt Broncos hockey team, which lost 16 of its players and staff in a tragic bus accident earlier this month.

The comedian stepped on stage and took a moment to kiss the stick before joining Kelly in the chairs centre stage for the remainder of the event, where she conquered the hearts of tens of thousands of Calgarians.

Fantastic night with #EllenInCalgary she was funny and engaging. Last time I heard the saddledome get that rowdy for a greeting was at the tragically hip concert. #feelthelove Classy dedication to #HumboldtStrong