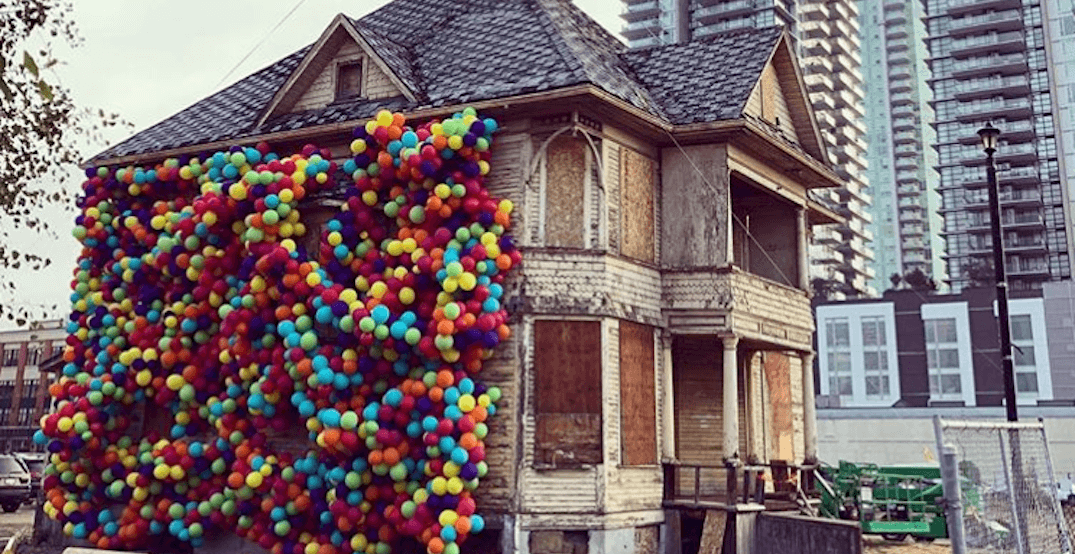 The residence, officially known as the Enoch House, had been built in 1905 for Calgary merchant Enoch Sales.

There had been plans to restore the building, according to the Calgary Municipal Land Corporation’s (CMLC) website, as part of the Rivers District revitalization.

A release from the Calgary Fire Department states that crews first responded to the fire at 7:08 am on the morning of February 2.

Tragic loss of the Enoch Sales house to fire this morning. This was the last remaining Victorian mansion from Victoria Park and an important heritage asset for this city, now lost. #yyc #yycheritage #yycbeltline #vicparkyyc pic.twitter.com/TgN1Bi7rKd

When they arrived the building was already emitting heavy smoke and flames, and fire crews used aerial master streams and exterior hose lines against the fire.

The cold weather forced crews to rotate to avoid any cold-related injuries.

The Epoch Sales house drew Calgary’s eye this past September when it was outfitted with hundreds of balloons during Beakerhead 2018.

The installation, titled Dreams Never Die, was a nod to the story of a house in the middle of a developed urban area in the 2009 movie UP.

In the movie, the old man living in the house takes off into the air (along with his entire two-storey home) with the help of thousands of balloons attached to his roof.