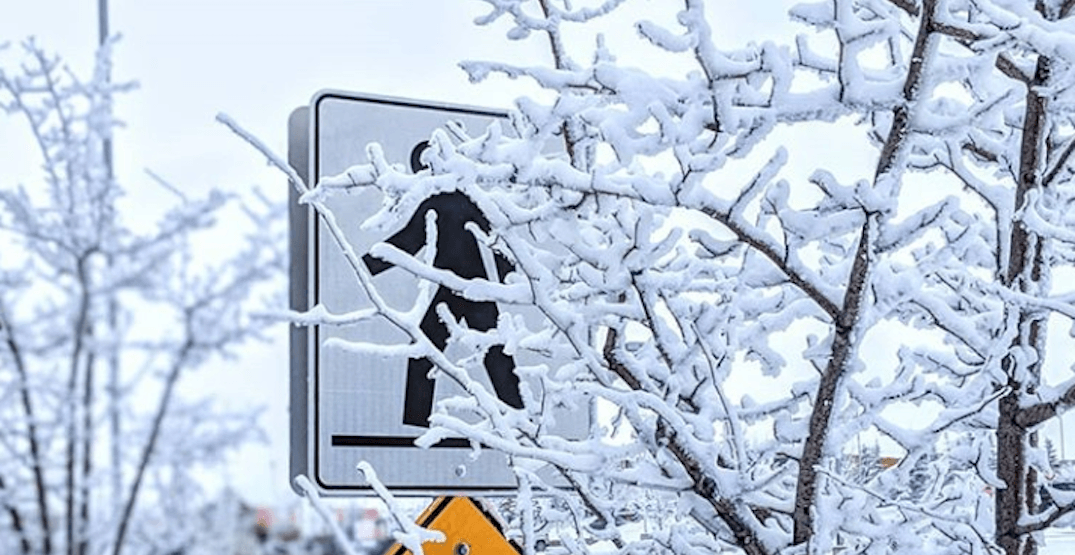 Calgary has been plunged into a deep freeze, but that’s not stopping class at the city’s public schools.

Environment Canada issued an extreme cold warning for the City of Calgary on Monday morning, predicting wind chills bringing temperatures down to as low as -40°C and a legitimate risk of frostbite for anyone stuck outside without the proper gear.

The warm haven of home wouldn’t be a refuge for many young Calgarians, however, as the Calgary Board of Education (CBE) made the decision to keep the city’s public schools open despite the dangerous temperatures.

In a February 4 update to their website, CBE stated that schools will be open as usual on Monday and that their yellow school bus service will be running.

CBE did, however, mention that parents/guardians had the right to decide whether or not to send their kids to school, and that the schools will be open to provide “a safe and secure environment for attending students.

The update also provided information on how to dress appropriately for the chilly weather, including the following points:

Families are able to make their own decisions about sending their children to school. If your child will not be attending classes please ensure you contact your school’s attendance line to report the absence. #yycbe #WeAreCBE pic.twitter.com/gPyZYvkuRh

CBE’s Twitter account caught some flak from students who stated that, while parents could choose to keep their kids at home, the fact that classes were running as per usual may force some students into dangerous situations in order not to fall behind in class.

With a schedule like this, no I cannot afford to miss even one day of school, unless you want me scrambling for the rest of the week. You claim you want students to be safe and be getting to school safely, by choosing to keep all schools open you’re putting numerous kids at risk. pic.twitter.com/3btSIvTdjK

We need another channel of communication of reaching out to the school beside making a phone call. Unfortunately lots of families where unable to leave a voicemail stating their kids will not be in school as the voicemails where full after several attempts.

And, naturally, the decision inspired a few memes:

While Monday is expected to be the chilliest of the upcoming week, according to a forecast from Environment Canada, temperatures are expected to drop below -20°C on both Tuesday and Friday as well.