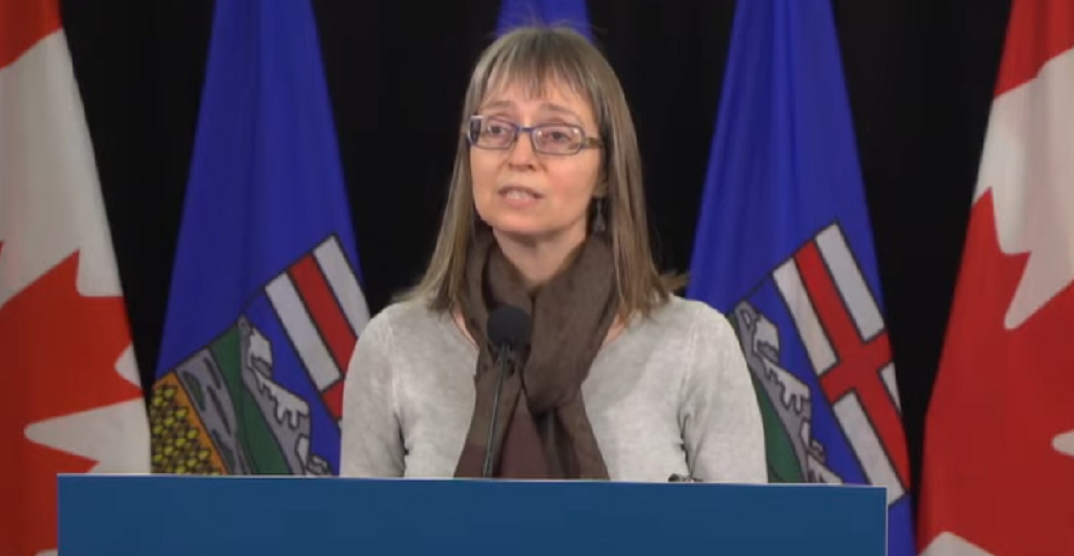 In a Thursday press conference, Hinshaw called the leak “a personal betrayal,” and stated that words she had said were taken out of context.

The CBC News article states that the publication obtained 20 audio recordings of daily meetings of the Emergency Operations Centre, along with confidential interviews with staff involved in pandemic planning.

“I am profoundly disappointed that confidential, internal conversations have been shared, actions that are a violation of the public service oath and code of conduct,” Hinshaw said at the Thursday press conference.

“This is a personal betrayal, and a betrayal of the trust that our hard working team has placed in each other.”

Hinshaw alleged that the comments published in the article were out of context, as they were separated from different discussions that would have taken place in the days before and after “as part of ongoing discussions to make sure that my advice to the premier and to the minister of health is grounded in evidence and considers every facet of potential discussions with elected leaders.”

Hinshaw said that the process had been violated, and that the safety and trust of these meetings being a place for candid debates has been broken.

Similar to comments made in Wednesday’s press conference in response to questions asking how her recommendations aligned with the public health measures that were ultimately announced on Tuesday, Hinshaw noted that she offers a wide range of options for cabinet to debate over and to choose from.

“I have been clear that my role as chief medical officer of health is set out in legislation. My role is to provide the best advice possible to elected officials on how to protect the public health of all Albertans. I take that responsibility seriously,” she said.

“I have always felt that my ideas are respectfully considered. I have always had respectful discussions between public servants and with elected officials.”

She also noted that the final decisions on public health orders are out of her hands.

“I do not dictate every detail of each policy decision and I should not. I was not elected by Albertans. The final decisions are up to elected officials who were chosen by Albertans. This is how democracy works. I know that there are many views about how we should proceed. However, we are becoming divided when we most need to engage in respectful dialogue. We need to do this together for the health of all Albertans.”

Hinshaw stated that she does not know who leaked the audio or spoke with CBC, but that an investigation will be launched to identify the individual.