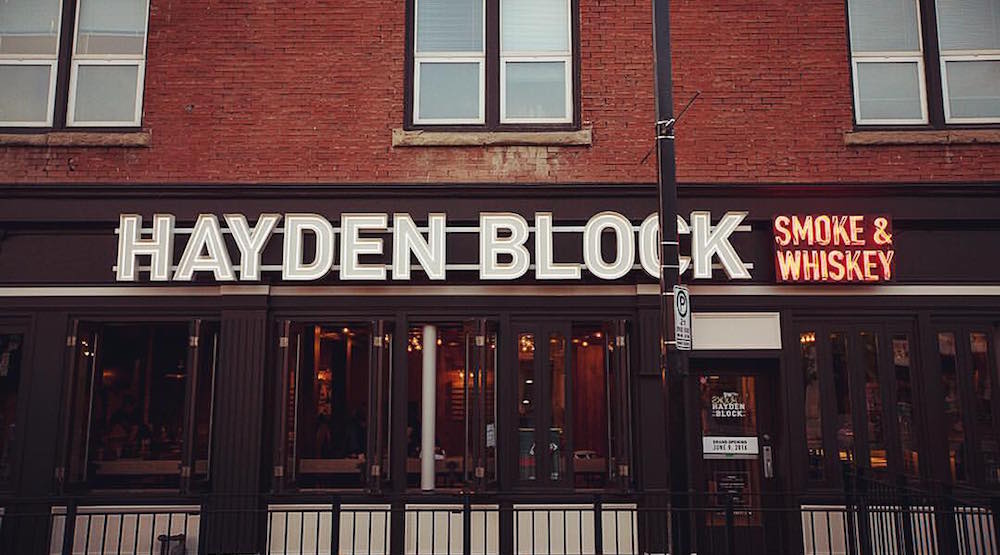 Meat lovers in search of a new taste in BBQ can now head to Kensington where they’ll find Hayden Block Smoke & Whiskey.

Forget the sauce-laden ribs with roots elsewhere in the Southern US; Hayden Block Smoke & Whiskey is all about Texas-style BBQ, which is done with smokers, and served up communal-style in an inviting hang-out space. If you are looking to get (responsibly) sauced, turn your attention to the whiskey. And yes, that’s the US spelling, even though their impressive list of 150 whiskies hail from around the globe.

General Manager Ian Walsh tells Daily Hive that the Hayden Block Smoke & Whiskey team decided to go with the Texas-style of BBQ after visiting multiple small towns in the Austin area. Hayden Block owner Jared Kichula is “a big BBQ fan,” who wanted to give Calgarians something different to try, adds Walsh. In fact, Texas-style BBQ seemed to be “what Calgary was missing.” 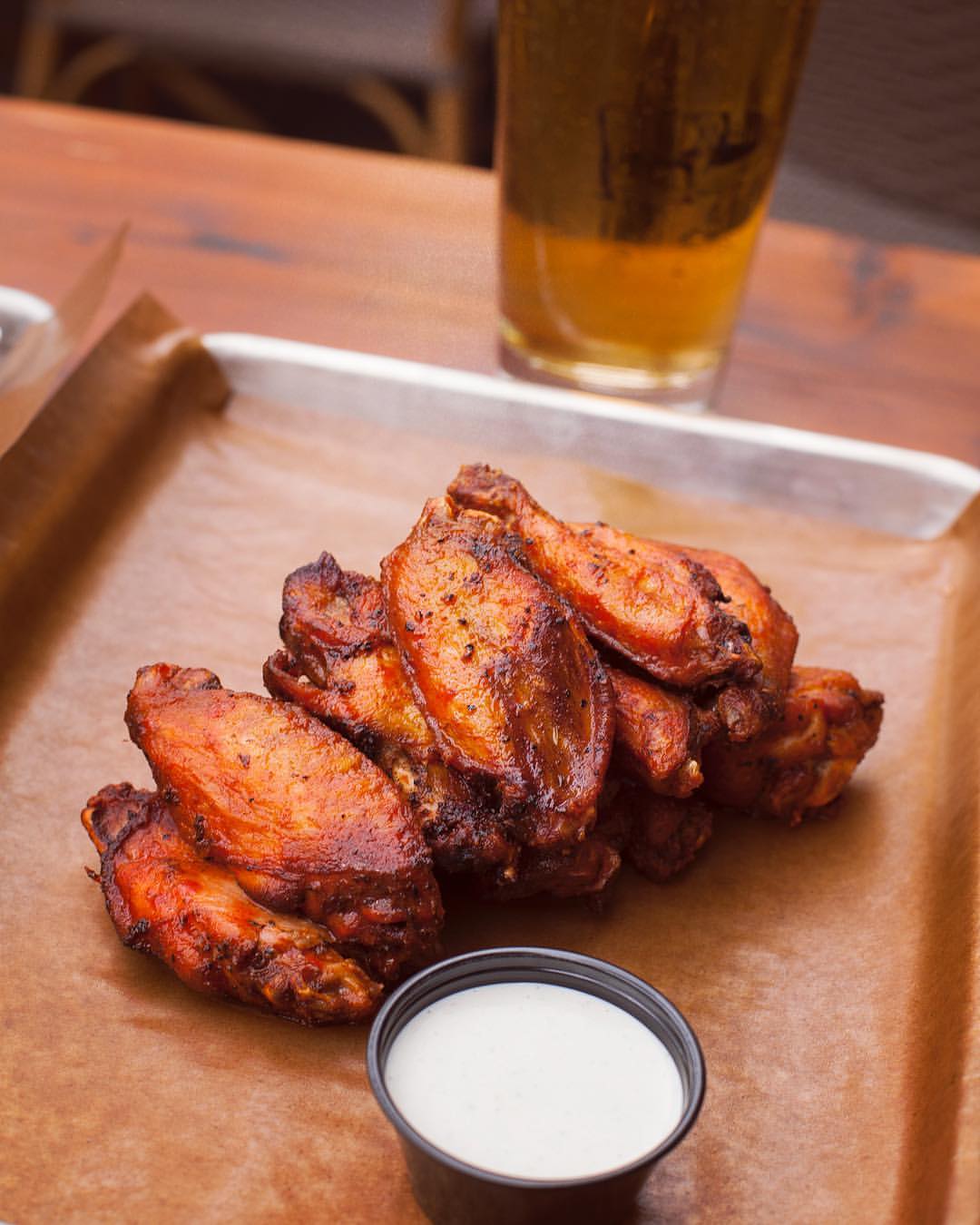 On the menu are top sellers like their brisket, which Walsh says is “smoked for 12 to 13 hours,” and their wings, which are “brined for 24 hours then smoked for four and quickly flash fried to order.” Those wings, by the way, are offered half-price for Wings Wednesday.

But what’s really key is that if you’re going to have a BBQ feast at Hayden Block, you gotta get it while it’s on. “Usually we sell out of darn near everything by midnight,” says Walsh. Of course, if you take the risk in coming late, you could save some bucks. “All our meats are half price after 10 pm daily as we don’t reheat anything.”

The way in which the food and drink are served up is crucial to what Hayden Block is. Taking a cue from the BBQ joints in Texas, Walsh says the team at Hayden Block wanted to create a space that really brought people together.

“The biggest thing that jumped out [about the BBQ places in Texas] was how kind and hospitable everyone was everywhere we went,” explains Walsh. “We noticed that communal tables and seating were the norm and they made for conversation with strangers and sometimes sharing food as well.” 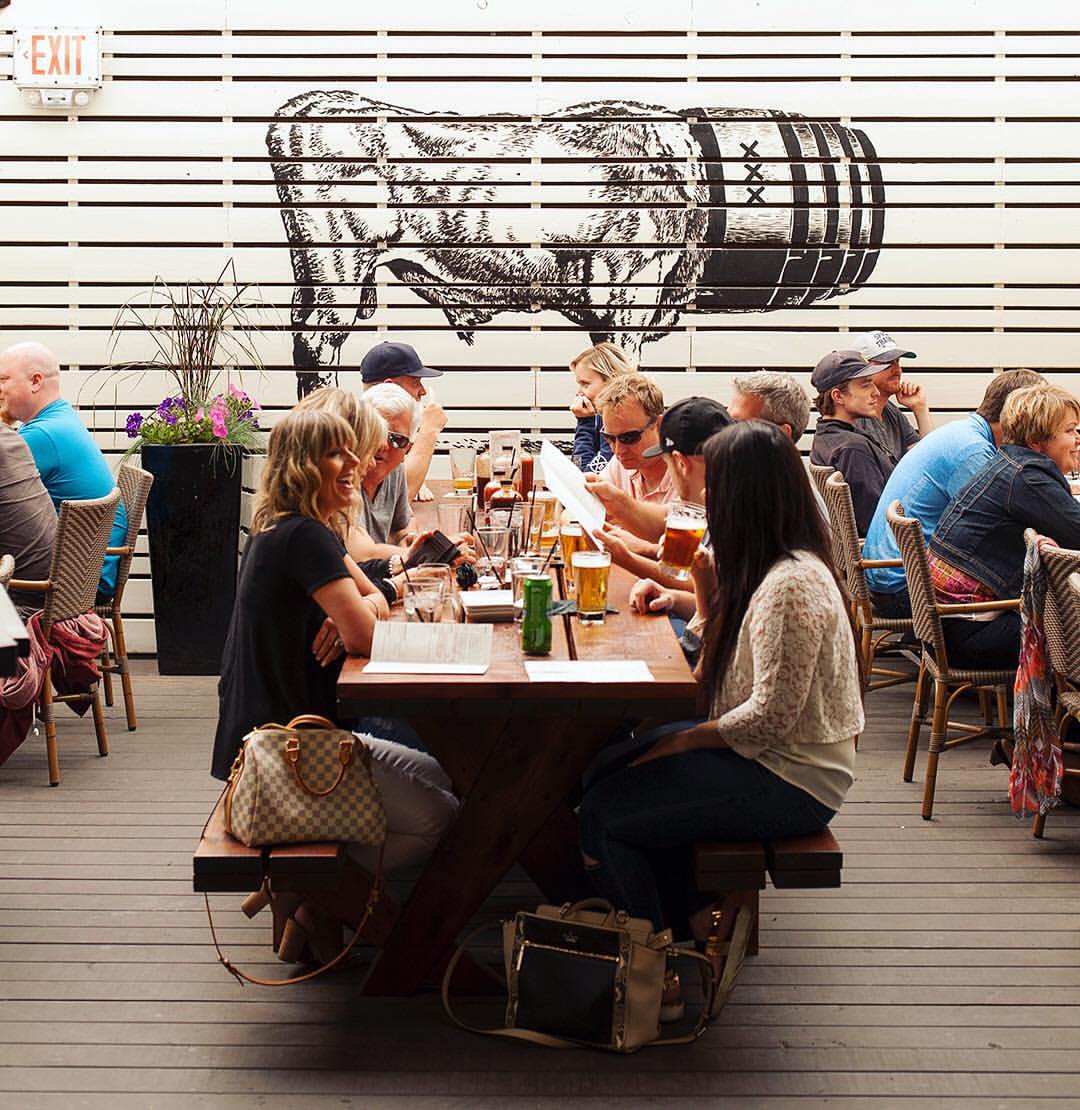 The result is by design Hayden Block offers communal seating, and the staff follows what Walsh calls their “just be nice” motto. “So far, most everyone that comes to our establishment enjoys our concept and everyone leaves having had an experience,” he points out.

To help patrons get in the spirit, Walsh says he developed the aforementioned whiskey list by studying each flavour profile and learning the backstory for each bottle. The staff are well-versed in the whiskey program, and behind the bar, they’re “muddling, shaking, squeezing ,and stirring each and every day to produce brilliant creations,” from their signature cocktail list, points out Walsh.

Customers will find great deals on whiskey cocktails on weekdays, when they are $4 off from 3 to 6 pm, and pours of the whiskies themselves are also half-off during that time. That way you can try anything from “a great starter whiskey such as Alberta Premiums Dark Horse to the worlds most heavily peated scotch Octomore 6.3…to each their own,” adds Walsh. 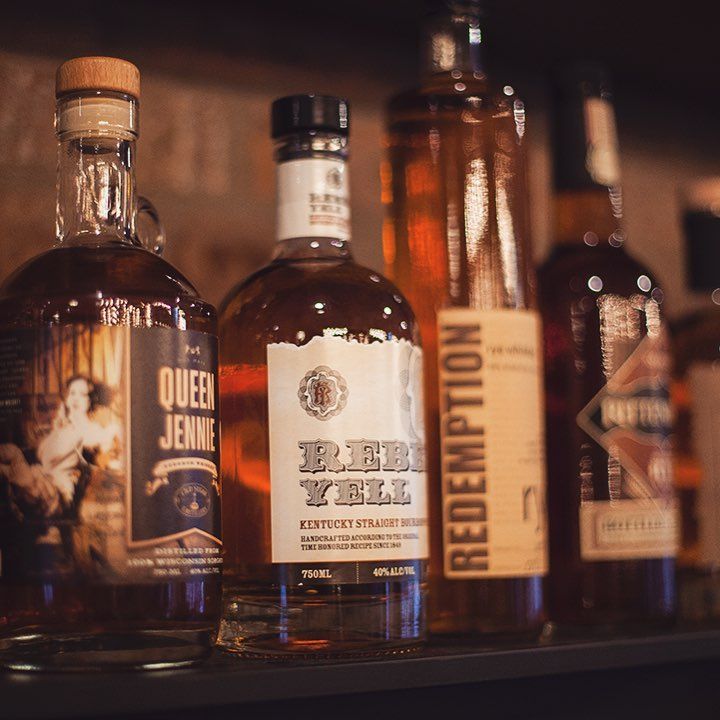 Luckily whiskey works well with BBQ foods. It “acts as a palate cleanser with heavily smoked meats,” elaborates Walsh. “The Japanese whiskey selection would be my direction after a big meal of brisket and our ‘short’ rib for sure.”