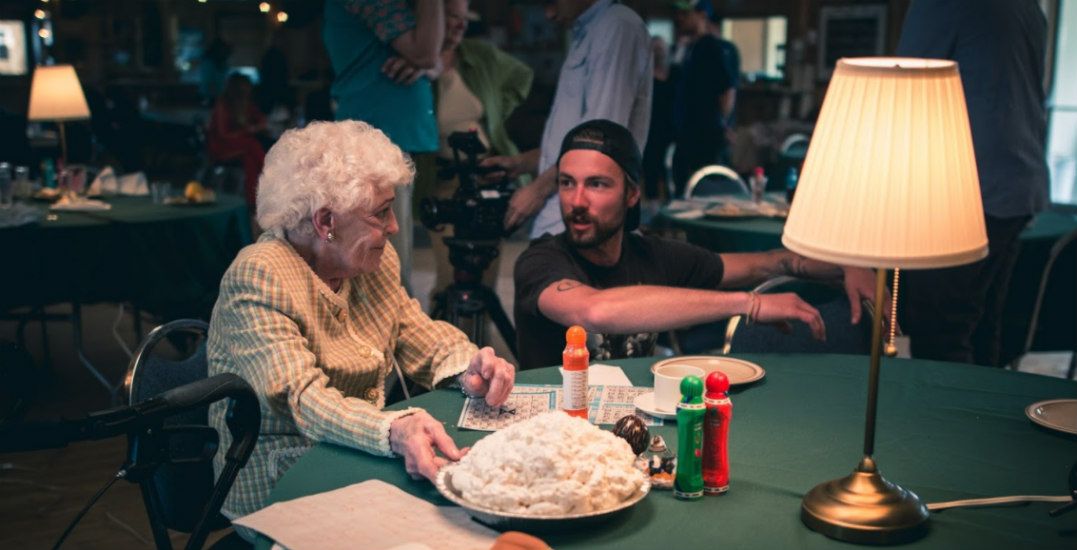 When you think of a nursing home, the last thing you would associate it with is a hilarious food fight. But Calgary filmmaker, Hans Grossman, managed to bring the idea to life in Copperhead’s music video ‘Waiting’.

The creative told Daily Hive he was thrilled the band approached him to discuss the possibility of applying for a STORYHIVE production grant and shooting the video.

“I always prefer narrative to performance-based music videos, so when Copperhead discussed wanting to create a food fight in an old-folks home, I was immediately on board.

“I began to develop a more concrete storyline that would set up this food fight, and the band really dug it. My vision was to create a more cinematic feel, with everything being a little larger-than-life, and meticulously detailed,” said Grossman. 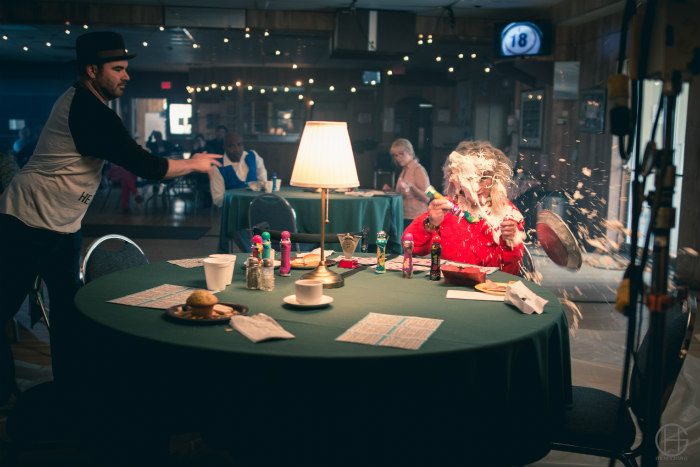 Image: Still from behind the scenes filming of music video, Waiting

Due to the nature of the video concept, his biggest fear was finding actors in the required age group and if they would be able to handle a long day of shooting.

“In the end, we found the best possible actresses for our lead characters that we could have imagined, and they (as well as the background performers) were real troopers.”

‘Waiting’ wasn’t Grossman’s first foray into the film industry. His first experience on a film set was during a summer break when he was 13, and he quickly realized that it was the area he needed to work in.

“I went and worked standard 12-14 hour days, for a month and a half, and loved every minute of it! When we shot a scene where they burned an entire house down, with giant wind blowing machines, and stunt actors running through the set, I knew I had chosen the coolest possible career.

“After this, I started making several less-than-mediocre LEGO movies at home that basically all ended up on the proverbial editing room floor.”

Grossman went on to graduate from the film and video program at SAIT. And since then he has worked on numerous features, TV shows, shorts, music videos, and commercials, as well as producing and directing his own projects. 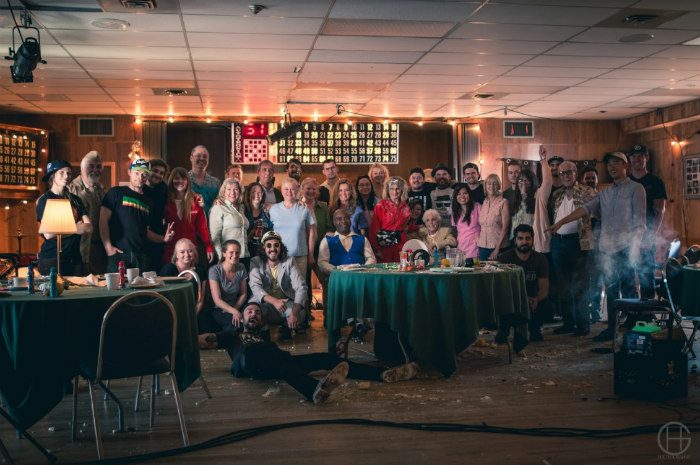 With a resume including directing, producing, editing, lighting, and working as a camera operator, it’s clear that Grossman is a multi-talented filmmaker.

He explains how he first started to build relationships with bands in Calgary who later came to him asking if he could make their music videos.

“I wasn’t even asking for money at the beginning, I just couldn’t believe that I was the one getting to shoot for these musicians that I considered good friends and musically speaking, personal heroes! That’s how I got my foot in the door, and things with bigger budgets started to roll in.

“I started to realize that music videos were my favourite medium to create. The artistic freedom in storytelling is limitless.”

Grossman explains how the film industry in Calgary involves long days, challenging locations, and hard work, but it’s all totally worthwhile if it’s something you’re passionate about.

“Once you have some experience, find out what area suits you best, and work towards it. This career takes perseverance, ambition, the ability to network, and loads of hard work. At some point, you may have to quit your stable day job and just take a leap of faith. That was the turning point in my career, which is still far from where I want it to be, but I know I’m on the right track.” 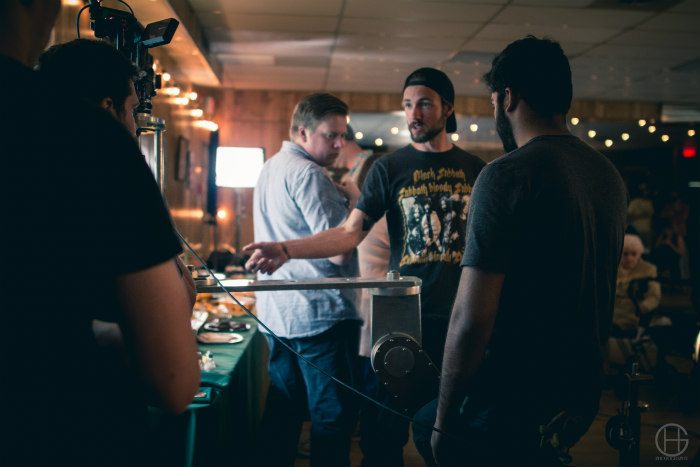 To connect with other creatives in Calgary, Grossman goes out to local galleries, to see local films, and checks out shows around town. “Being involved in this way is, in my opinion, the best way to keep in contact with like-minded people, while also supporting the community.”

The filmmaker is currently working on starting a production company and growing his clientele. “We are partnering up with the Sound Priory recording studio here in Calgary to start a web series with local musicians and bands who want to do a live off the floor recording with video.

“I’m also working with two music festivals BIG Winter Classic and Frog Fest, doing videography and marketing with them. There are also a few short films that I want to produce this year, as well as finish the feature-length script I have been working on for several years now,” Grossman concluded.

Now you have the opportunity to follow your passion just like Hans Grossman by joining the Creator Directory at STORYHIVE. Whether you love to be behind the camera or in front, STORYHIVE is sure to find a cozy spot for you. Actors, filmmakers, directors, and writers, among others, make up the creative family and you’re going to want to be a part of it.

STORYHIVE offers production grants and distribution opportunities for filmmakers, musicians, storytellers, and creators, in BC and Alberta. They tell stories and make careers happen.