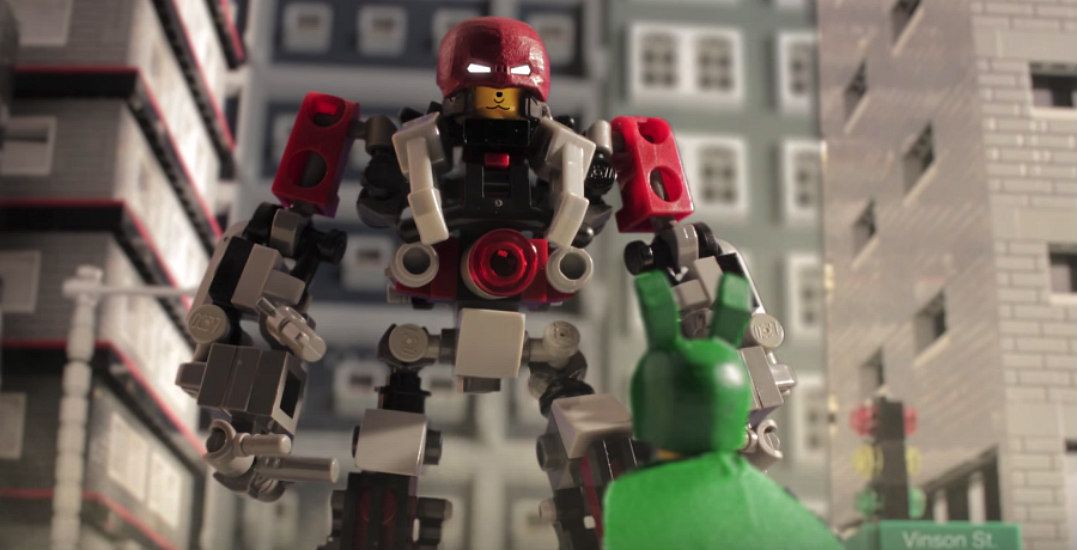 Calgary’s creative scene is on the rise with many young, talented makers doing big things and getting their names out there.

Local brothers Simon and Vinson Chan are doing exactly that. Simon is a multi-faceted filmmaker and videographer, who produces short films alongside talented director and animator, Vinson, for their YouTube channel BananaPlanetFilms. Simon is working towards a career as a feature film director and he’s on the right track, already stacking up award-winning films on his resume.

Daily Hive spoke with Simon and Vinson to find out how they’re making it happen and how they navigate the arts scene in Calgary.

What inspires the content you make as a multi-talented independent filmmakers?

We tend to draw inspiration from a variety of genres and experiment with unconventional techniques that we come across in contemporary cinema. We usually start with something specific, like a certain effect from a movie we want to try, or a style we want to emulate from a particular filmmaker. And from there, we begin to build a story around it and continue to push and pull between story and medium as we develop the characters and world until we finally determine the most suitable way to tell a story. We also like to squeeze in little references to scenes in movies, often times very insignificant ones, that influenced us on a spiritual level.

How do you make your video content stand out?

We never settle! As filmmakers, we constantly try to push the boundaries in what we can achieve using the equipment and software we have access to. We won’t deny that at its very core, what makes a film truly great is its story and writing. However, I think what really sets a great film apart is also the way in which the story is told — through cinematography, editing, music etc. In many ways, filmmaking is like performing a magic trick; it’s in the execution of a good story in which you “wow” the spectators.

What has been the biggest ‘wow’ moment of your career so far?

I think the biggest ‘wow’ moment so far would have to be when our STORYHIVE film, The Legend of the Bunny Phantom, was shortlisted into the Best of Shorts category at the Calgary International Film Festival last September. We were already super stoked about getting selected for the festival in general, but when the programmer gave me a call and said that the film was being shortlisted for that category, we were ecstatic! But wait, there’s more! Little did we know we would ALSO find ourselves competing on the same stage as our very own STORYHIVE mentor and his latest film. What a card!

What is the biggest mistake you’ve made in your career, and how would you avoid it now?

I wouldn’t say that there was one big definitive mistake that held us back in our career, but rather little things as a result of bad habits. We’ve missed out on many opportunities and grant deadlines and award applications simply because we didn’t spend enough time preparing — in many instances we would attempt to submit something at the very last minute, and often times we simply won’t get it in on time… So in that sense, I guess procrastination is our greatest downfall? As to how we would avoid it now… the answer is quite simple and obvious, but unfortunately actually putting it into practice it is not! We’re still working at it!

What advice do you wish someone had given you when you were just starting out?

Simon: When I was fresh out of high school, I wanted to know the secret formula to becoming a filmmaker. It seemed that many other career paths such as teachers or doctors or engineers had pretty straight-forward steps to follow, and so I was hoping a career in film directing would be the same. However, regardless of whether I asked filmmakers or instructors or anyone, I was never able to get a straight answer, and that was daunting to me. I think as you delve more into this industry, you begin to realize that filmmakers don’t just come from film school. They have all sorts of backgrounds, and they’ve all arrived through doing completely different things. But as with many other art streams, you do it out of love and passion. I guess I’ve figured it out now, through my own means, by just constantly making content and showing it to the world. So I guess the advice I was looking for when I first started was: ‘You wanna be a filmmaker? Make a film! Show it to people! Now make another one, even better. Show it to people. Repeat. Now you are a filmmaker’.

What is the most important thing someone who wants to pursue filmmaking can do today?

The cliché answer would be to say ‘just go make a film’, and its partly true; the fact that cameras and editing programs are so cheap and accessible, virtually anyone can make a video and distribute it, there’s no excuse not to do so. But at the same time, because this technology is so accessible, you’re also lost in a sea of millions of other ‘filmmakers’. What makes you so special then? I believe the important thing, if you’re serious about this field, is to always strive to better yourself — both creatively and technically. Never settle. Develop your own style and voice. Set yourself apart from the average joe using iMovie templates. Your best film is always just your best yet. We’re still trying to figure it out, too!

Can you tell us about the projects that you’re currently working on?

Simon: I’m currently working on a music video shot on Super 8mm film! It involves swing dancing, a diner, and a possessed teddy bear, and is set to premiere at the Small Format Artifact Film Festival on March 10, 2018.

Has there been anything that has significantly helped you in your career to date?

The Internet! Seriously, we live in an age where there is virtually limitless information right at our fingertips, and it’s a goldmine of knowledge, especially for aspiring filmmakers. There are so many resources and videos online that cover all aspects of film; film analysis’, camera tests, gear reviews, vfx tutorials, distribution platforms, online communities… Not to discredit our professors, teachers, and mentors — we’ve had some tremendous influence and help from people whom have guided us in our careers — but since I’ve never attended film school, I’d say that a lot of the practical and technical skills of filmmaking that we’ve acquired were mainly learned from online sources. As long as you have the desire to learn and get better, there’s no shortage tutorials, tips, or inspiration on the interwebs to get you started.

How do you connect with other creatives in Calgary?

Constantly network! It’s easy when you’re in school and you’re constantly surrounded by like-minded people with somewhat of a similar career goal. Take advantage of those years in post-secondary to meet people, and create things with them. Now that we’re out of school, it’s a bit harder to meet new people, but we try to stay connected by attending screenings and film-related community events, as well as joining online groups. A lot of times, we meet new people through referrals from people we already know, so our network just keeps expanding. Calgary has a very small and tight-knit arts community that’s really supportive and welcoming. We find that just by doing what we love and putting it out there, other creatives have reached out to us to collaborate.

Now you have the opportunity to follow your passion just like Simon and Vinson have by joining the Creator Directory at STORYHIVE. Whether you love to be behind the camera or in front, STORYHIVE is sure to find a cozy spot for you. Actors, filmmakers, directors, and writers, among others, make up the creative family and you’re going to want to be a part of it.

And if you’re already fired up and eager to share your art with the world, you can apply to STORYHIVE’s Digital Shorts edition right now. Applications are currently being accepted, and the deadline is March 19, 2018. You’ll be answering interview questions about your successful career and creative process in no time.

STORYHIVE offers production grants and distribution opportunities for filmmakers, musicians, storytellers, and creators, in BC and Alberta. They tell stories and make careers happen. Now you can apply for one of STORYHIVE’s six editions from music videos to web series, animation, and more. It’s your chance to make your dream project happen!