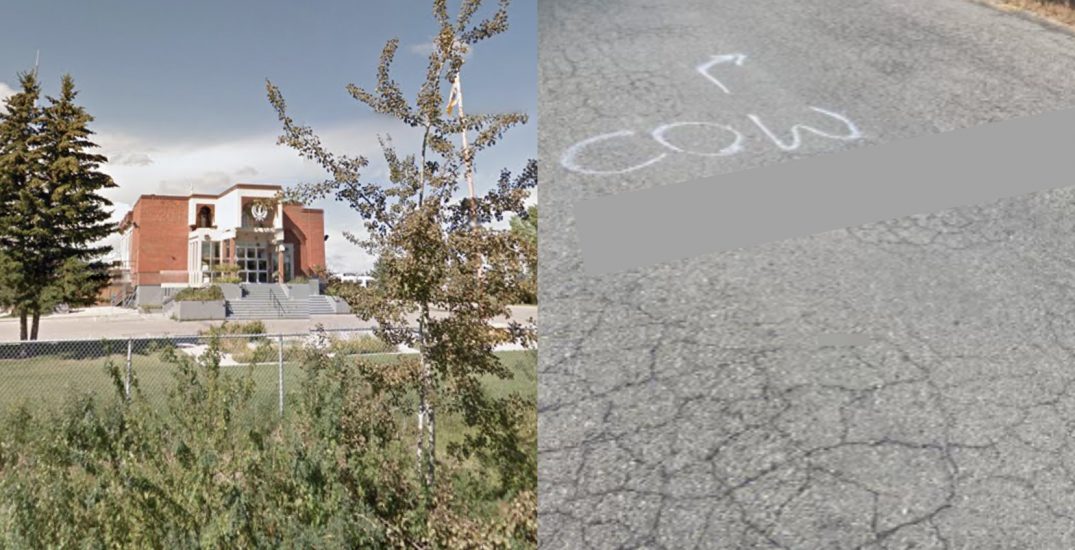 Calgary police say that graffiti found on the road outside of the Sikh Society Gurdwara in the city’s southwest is being investigated as a hate-motivated crime.

Two hateful phrases were found painted on the street outside the temple on Monday morning, with arrows pointing towards the building. According to a news release from the Calgary Police Service (CPS), the act occurred sometime between 9 pm on Sunday, October 24 and 7 am the next morning.

“It is unacceptable that anyone in our community feels okay making such derogatory statements about their neighbours, even more so when they went out of their way to make sure that the people they targeted would see it,” said Sergeant Gareth Joels from the Calgary Police Service Hate Crimes and Extremism Unit in the release.

“No one should have to read messages like this on their way to worship or anywhere else in our city.”

A tweet from the Dashmesh Culture Centre, northeast Calgary’s Sikh Gurdwara, expressed disappointment over the act.

“We are extremely disappointed and and saddened to hear our SW Gurdwara Sahib had Racist Graffiti sprayed outside on roads leading up to entrance.”

“While we believe this is the actions of a few,” continued the tweet, “we encourage everyone to accept everyone as one and take the time to learn about your neighbors. Doors to our Gurdwara Sahib are open to all, we encourage you to visit and learn about Sikhi. While this display of Racism is very hurtful, we want to take this time for all of us to come together and show support to all people regardless of background or beliefs.”

The Gurdwara is located at 739 81st Street SW, and the two painted phrases were found along 81st Street and Old Banff Coach Road SW.

Images available on The City of Calgary Newsroom show blurred images of the graffiti, displaying “– heads” and “cow –” with arrows pointing towards the building. 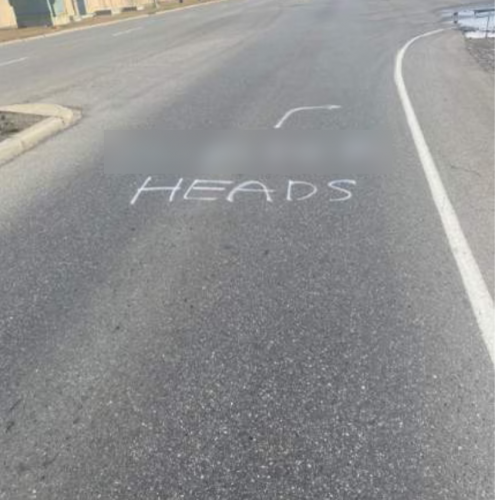 The City of Calgary Newsroom 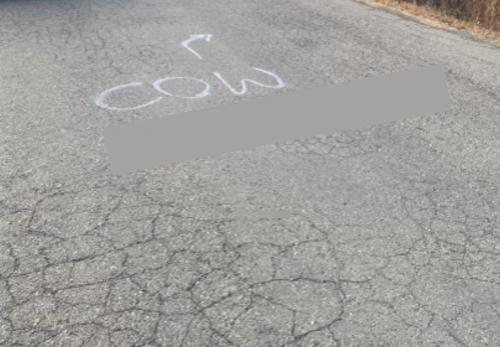 The City of Calgary Newsroom

CPS states that hate-motivated crimes are “recognizable crimes,” such as assault, theft, vandalism, or “any other crime where the offender was motivated by bias, prejudice or hate that is based on one of nine personal characteristics of the victim.”

A hate motivation does not result in any additional charges, says CPS, but any evidence of it is considered by the courts after a person is found guilty of the connected crime and is considered an aggravating factor that can add to the convicted person’s sentence.

“Graffiti that targets a particular racial or religious community has far-reaching effects in the community as it makes everyone who sees it question their sense of safety and belonging in our city,” added Sergeant Joels.

Anyone with information about this incident is asked to call the CPS non-emergency number at 403-266-1234. Tips can also be submitted anonymously to Crime Stoppers by calling 1-800-222-8477, online at calgarycrimestoppers.org, or through the P3 Tips app.