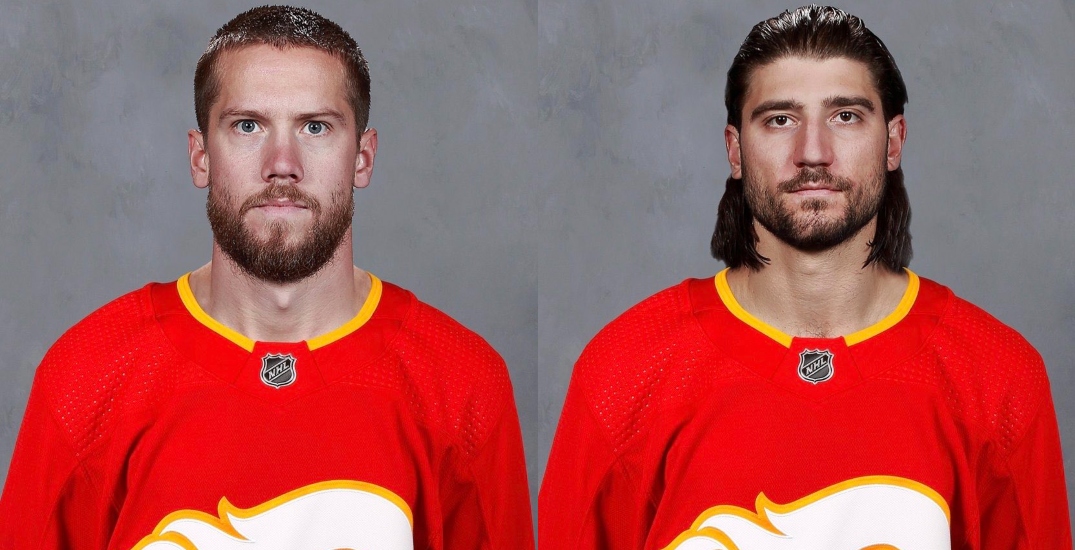 Four days in and it appears as Treliving has kept his word, adding a pair of high-profile pieces in Jacob Markstrom and Chris Tanev from the Vancouver Canucks.

Calgary has been one of the most active teams in the league when it comes to offseason moves, revamping their defence core and spending over $50 million between their two biggest additions (plus making the best move of the offseason returning to their retro jerseys).

After getting bounced by the Dallas Stars in seven games in the playoffs, the Flames have gone all in to contend with the likes of Vegas and Colorado of the Western Conference.

But, there is a real concern that the cost of these moves may bite Calgary down the line.

Calgary made the biggest splash on the first day of free agency with a $36 million contract handed out to netminder Jacob Markstrom, solidifying the Flames crease for the next half decade.

Markstom is coming off the best season on his professional career, earning Vezina Trophy votes with a 23-16-4 record, 2.75 goals against average, and a .918 save percentage with the Canucks.

He immediately provides something the Flames have been searching for since Miikka Kiprusoff’s retirement in 2013, that being stability.

This signing halts the endless goalie carousel that Calgary has been a part of for the last seven seasons, finding a true number one goalie in Markstrom.

Aside from waiting for one of their prospects to eventually develop down the line, adding a top talent between the pipes was the best option for Calgary to evolving to contender status.

Markstrom will be turning 31 years old in just a few months which does open up some legitimate concerns regarding the length of the deal and if his production will match.

In the first two years of Chris Tanev’s new deal with the Calgary Flames, Chris Tanev will be able to slot into a top-four pairing role quite comfortably and provide good value.

Where the real concern lies is those final two years of his contract, as the 30-year-old’s best days in the NHL are seemingly behind him.

At his peak Tanev was one of the best defensive defencemen in the league, however his advanced statistics have indicated his expected goals for are in decline.

Tanev has never been an offensive weapon from the blueline with a career-high of 20 points, but still provides enough intangibles to justify a top-four role on the Flames.

Along with his declining shutdown skills, there is worry surrounding Tanev’s health as he has yet to play over 70 games in a season with hip and knee issues.

Calgary’s defensive core will take on a very different form in 2020-21 with half of their blueliners signing with other clubs around the league.

T.J. Brodie is off to the Toronto Maple Leafs on a four-year, $20 million contract, Erik Gustafsson is the newest member of the Philadelphia Flyers, and Travis Hamonic remains on the market.

Both Gustafsson (a trade deadline rental) and Hamonic (pending UFA with injury history) were likely gone at the end of the season so their departures don’t comes as a major shock.

Brodie’s case is a little more interesting as he remains one of the top players at limiting defensive zone turnovers in the league, earning a similar contract to Tanev.

There is an argument to be made that Calgary would have been better off to sign Brodie long-term than to let him go to free agency, but Tanev does provide more defensive stability.

4. Trading down in the draft twice

Treliving has carved out a reputation as a general manager who likes to trade down in the draft and he did just that, twice in the first round last week.

Calgary moved down five spots over two separate trades with the New York Rangers and Washington Capitals, accruing a pair of third round draft picks.

Even by trading down twice, the Flames were able to get their guy with the 24th overall pick and select forward Connor Zary from the Kamloops Blazers who tied for fifth in WHL scoring with 86 points.

Zary projects as a utility forward for Calgary down the line, not necessarily a speedster or sniper but someone who can play a two-way game while also adding some offensive punch in the middle of the lineup.

The Flames came into the draft with no picks in the third round and were able to select defensive prospects Jeremie Poirier and Jake Boltmann thanks to the Tuesday trades.

In a year that’s had a lot of uncertainty both on and off the ice, the Flames can move forward knowing that Geoff Ward is their man behind the bench for at least the next two seasons.

Removing the interim tag from Ward was one of Calgary’s worst kept secrets as it’s a well known fact that the players enjoyed the change from Bill Peters to the well-traveled assistant.

Taking over after Peters’ resignation last fall, Ward helped turn the Flames around with a 24-15-3 record behind the bench and immediately gained the trust of his team.

There were higher profile names on the coaching market this year including Gerard Gallant, Peter Laviolette and Mike Babcock, but Ward re-signing on a two-year deal helps put an end to Calgary’s rotating bench.

With a true starting goaltender and a roster that’s building for a deeper playoff run, it will now be up to Ward to prove that he is the man for the job full-time.