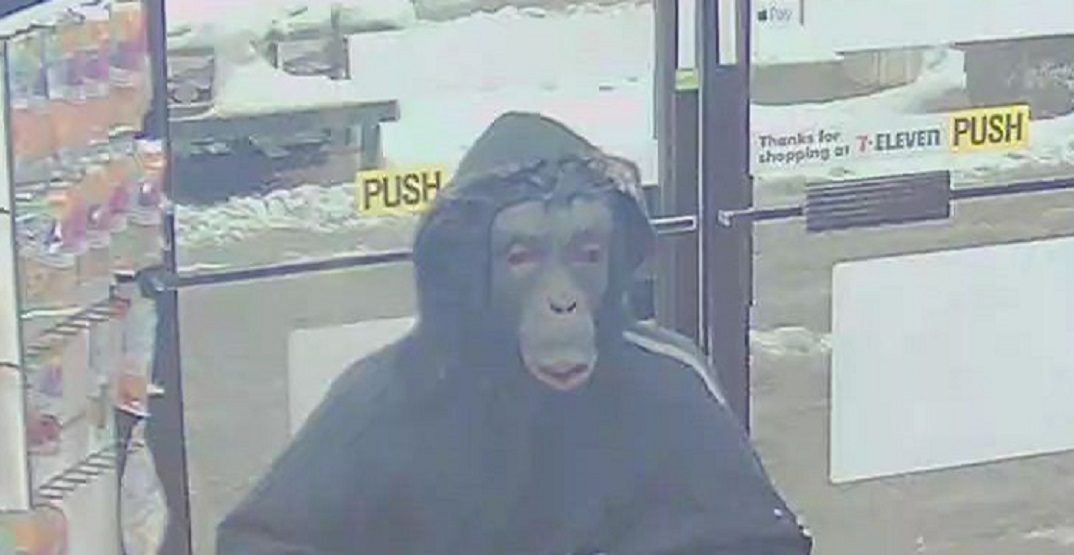 A 15-year-old boy has been arrested in Medicine Hat.

Police believe the boy to be responsible for a convenience store robbery on September 30, in which the suspect brandished a weapon while wearing a gorilla mask.

A photo of the suspect in the mask was shared by the Medicine Hat Police Service.

Following the robbery, police asked the public for assistance in identifying the masked suspect, who was described in an October 9 release as ” being about 5’3″ tall, with an average build and was wearing a black hoodie with black pants.”

On October 12, Medicine Hat police released an update stating that a 15-year-old boy had been arrested in connection with the robbery.

The boy had been awaiting charges of robbery with a firearm (or imitation) and wearing a disguise with intent to commit an indictable offence, and had been held in police custody awaiting a bail hearing at the time of the most recent release.

The boy’s identity could not be released by police due to his age.