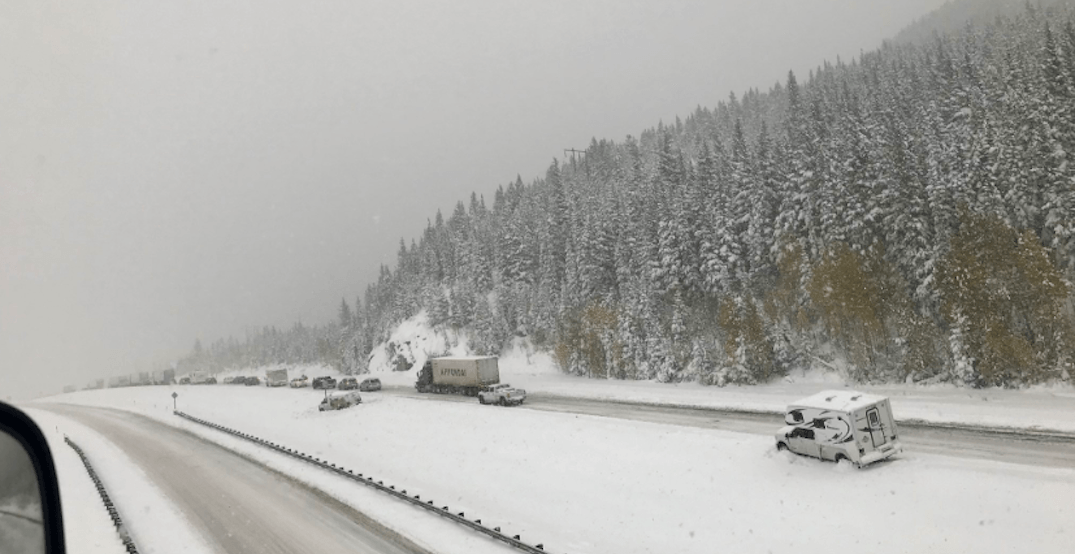 And we thought we had it bad in Calgary.

Hundreds of vehicles have been trapped in Kananaskis Country following Monday night’s sudden snowfall, causing a shortage in available accommodations and multiple collisions along Highway 1.

Some drivers were waiting for upwards of 10 hours in traffic on Highway 1 heading east before an official closure was called, and they were then transported back to Canmore by emergency personnel.

Warming stations were set up in the city’s high school that provided cots, coffee, snacks, and chairs, but as Wednesday morning the travellers remained stuck in Canmore.

Thankfully, an update came in from 511 Alberta just before 11 am stating that traffic has finally been getting through.

Update: Eastbound Hwy1 at Lac des Arcs has been reopened. Expect delays due to volume. (10:59am) #ABRoads #yyctraffic https://t.co/80pLsBG0BI

Travellers, some of whom were facing more than 24 hours of delay, have understandably been upset.

Would be nice to know if it’s going to be 2hours 6 hours or 10 hours. They must be able to give some sort of eto for the hundreds of people in Canmore with no hotel.

The very same here! 🙁
Althought is Banff nice place, we just want to leave!
(and we are running out of money due to the prices of acommodation, tho)

What is the issue here? Why has more help not been called? What is being done for the people trapped other than a cot and snacks? People can’t afford to be stuck for days, they need to get home!!! Poor planning on all ends @bmasonNDP @RachelNotley

Some travellers have stated that taking Highway 1A east to Seebe and then heading south to link back up to Highway 1 has been working, but that the road is in icy conditions.

Best way to Calgary from Canmore RN. Take 1A to Seebe exit. Icy but not backed up. #ABRoads #abstorm @511Alberta

The last official word on Highway 1A was from 9 am stating that it was closed due to jack-knifed semi-trucks, though that appears to be only for the stretch of highway after the Seebe turnoff. 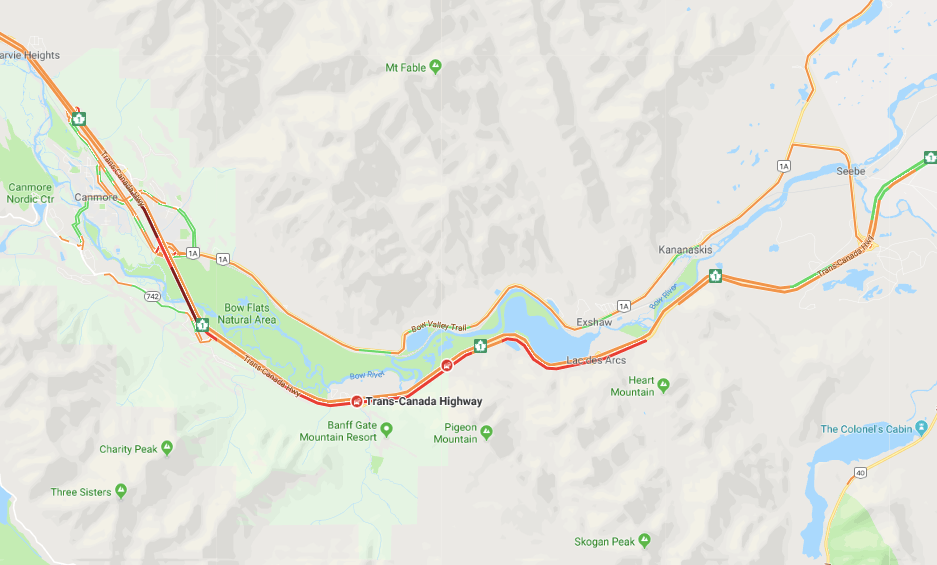 Stranded travellers can keep up to date on any Highway 1 updates by keeping an eye on 511 Alberta.

… Though they probably have already been doing that for the past day and a half.