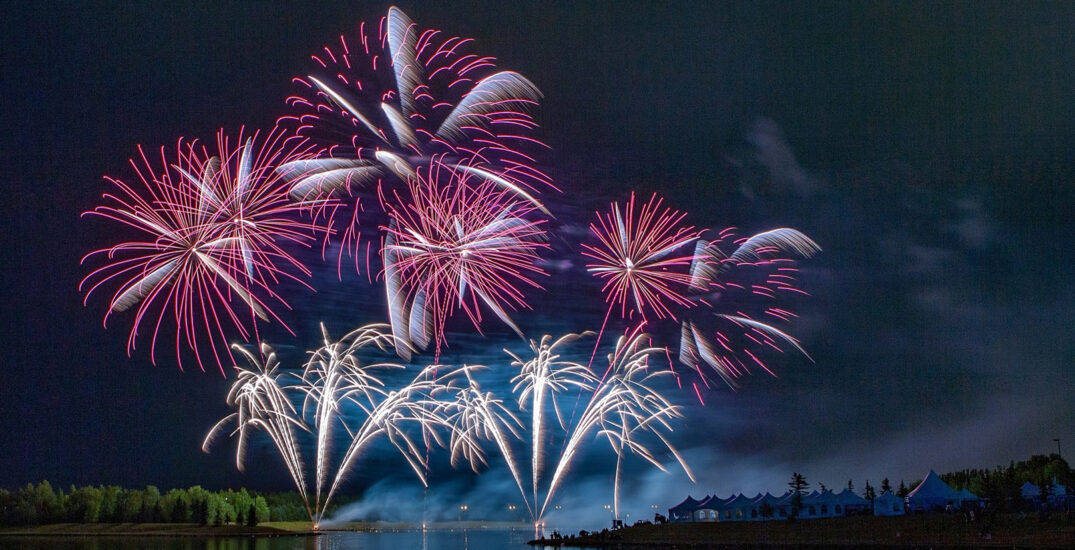 GlobalFest is coming back to Calgary this August, bringing five nights of fireworks, international cuisine, and live entertainment to the city.

After a year’s hiatus in 2020 due to the pandemic, the much-loved festival returned to Elliston Park last summer, with a few modifications in the interest of public health.

That said, the 2021 event still featured a delicious selection of international food booths, performances by cultural dance and musical troupes, and, of course, spectacular fireworks shows.

This year, “Alberta’s most explosive festival” will run from August 18 to 27 in full force. Attendees will see the cultural pavilions, night market, and big main stage make a comeback after a two-year break, according to a press release from GlobalFest.

Additionally, 2022 marks a special milestone for GlobalFest: 20 years of celebrating “a world of difference.”

“GlobalFest is excited to celebrate its 20th Anniversary Year in Elliston Park this August,” reads the release.

Between August 18 and 27, teams from Austria, France, Germany, and last year’s Best of Festival Team, India, will go head-to-head to show off the best pyrotechnics their nations have to offer, set to music.

“This year’s event wraps on August 27 with a Canadian team presenting a show-stopping finale of light and sound that wows audiences year after year,” says GlobalFest.

Early bird ticket pricing for 2022 is available from May 2 to June 4 at Calgary Co-op Customer Service and the Marlborough Mall Information Desk, online, or in-person at the GlobalFest offices. Both general admission and VIP ticketing are available.

Those who purchased admission for the 2020 festival and are still holding on to their tickets can exchange passes for this year’s event online or in-person at the GlobalFest offices from May 9 to 31. This is the last year that exchanges can be made.

Get ready YYC, because some epic fireworks displays are going to be lighting up the sky above the lake in Calgary’s Elliston Park once again this summer.