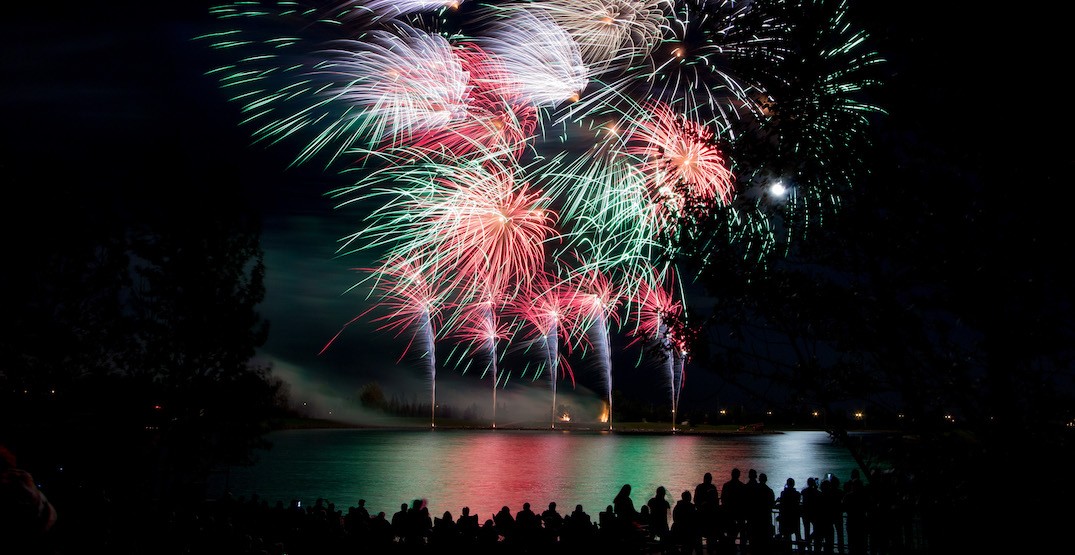 GlobalFest is on its way back to Calgary this summer, and while the fireworks are always a highlight, they aren’t the only thing on offer during the five-day celebration.

Between August 16 and 25, Calgary’s Elliston Park will come alive with music, dancing, food, drinks, and more to bring awareness to the city’s cultural diversity.

Throughout the park, attendees will be able to visit dozens of different cultural pavilions, experience the sights, sounds, and smells of different countries, and even witness a citizenship ceremony.

This year’s fireworks display will feature shows from Ukraine, Spain, Philippines, and China before the finale on Saturday, August 25, though many more cultures will be represented throughout the festival.

Here’s what you can expect from this year’s GlobalFest.

Many of Calgary’s usual food trucks will be out and about for the event this August, though they will also be joined by a whole host of ethnic food booths, including:

Peruse the marketplace before the firework show to see what kind of hidden gems you’ll be able to find at the various vendors expected to attend.

You’ll be sure to find something perfect both for yourself and for your pup.

For the eleventh year in a row, GlobalFest will hold a citizenship ceremony during the festivities in which 100 people will officially become Canadians — just in time to celebrate with some explosive fireworks.

There will be a total of 19 cultural pavilions on scene at Elliston Park for this year’s GlobalFest, with pavilions offering information, products, and food relating to their designated cultures.

The performances will be taking place at either the TD Main Stage or at the GlobalFest Stage.

GlobalFest attendees will be able to take a trip around the world without even leaving the park, as the Sunbelt Rentals OneWorld Festival has created the Cultural Pavilion Passport Pursuit game.

In the game, attendees will be asked to answer region-specific questions that can be discovered by asking Pavilion Ambassadors around the park. You’ll also receive a stamp from ambassadors (meaning you can’t just look up all the trivia questions online) and once you’re done you can enter it to win a series of prizes.

The more pavilions visited, the bigger the prize you have a chance to win will be.

Of course, the night isn’t complete until the fireworks show, which will take place on five different nights throughout the festival. Each night will be different from the last, so attending GlobalFest on more than one occasion is definitely worth it.

Daily Hive is a proud online sponsor of GlobalFest