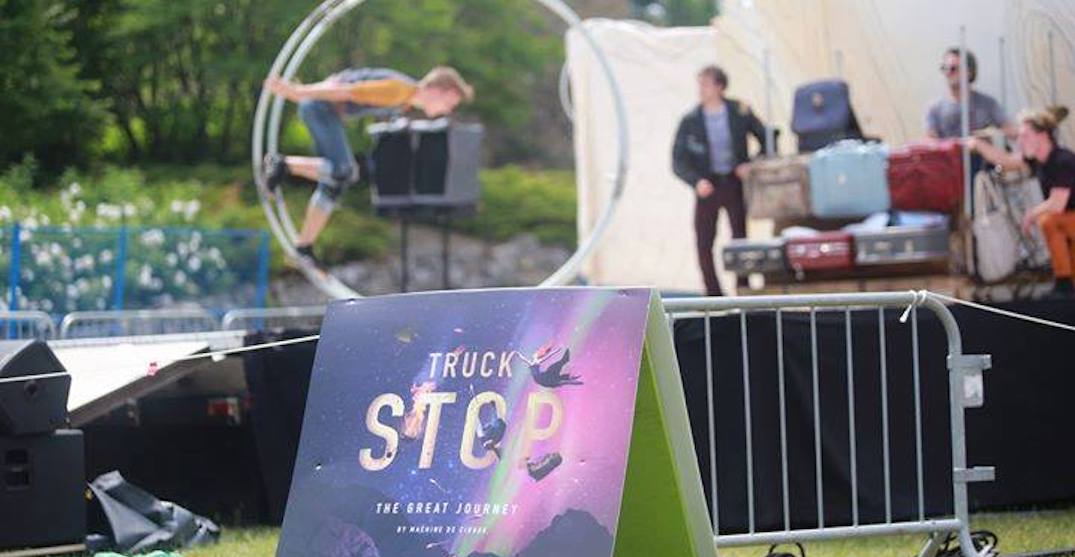 The circus is quite literally rolling into town.

Quebec’s own Machine de Cirque will be making its way into Alberta next week with two shows that are expected to be both hilarious and jam-packed with jaw-dropping stunts.

According to a release, Machine de Cirque is a “motley crew of campers” that are travelling across Canada in a trailer that transforms itself into six different sets.

The trailer (with performers in tow) will be pulling up to Calgary’s City Hall to perform two completely free hour-long shows of Truck Stop.

At the same time that the performers will be dazzling audiences with tales of a travelling crew performing throughout the country (sounds somewhat familiar, doesn’t it?), Arts Commons will be hosting their free experimental art party Happenings 13 across the street at Olympic Plaza.

The party will include a big-top, circus entertainers, along with a variety of visual media arts, and people are encouraged to enjoy both Truck Stop and Happenings 13 in the same evening, as they are both one-night-only affairs.

Attendees are also encouraged to bright their own low-height festival chairs and some snacks — though there will be food trucks on scene if you’re looking for something a little more substantial.

This won’t be the only time the circus is coming to Calgary, either, as an entire carnival is planning to take over the city this fall.