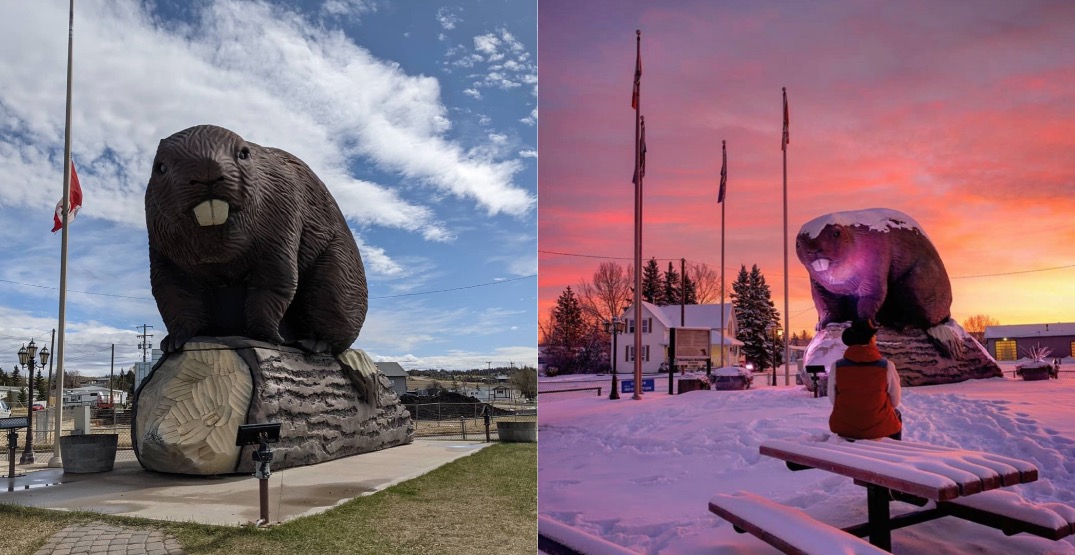 Alberta is known for its outrageous roadside attractions, and a giant beaver nestled in our province is certainly no exception.

Up in northern Alberta sits the Beaverlodge Beaver, which arrived in the small town in the summer of 2004 to celebrate Beaverlodge’s 75th anniversary of incorporation.

Clocking in at a whopping 1,500 pounds, this beaver is hard to miss when driving in northwestern Alberta on your way up the Alaska Highway.

When you stop to pose with the beaver, you’ll find some interpretive signage that includes its history, habitat, behaviour of the animal, along with town information.

It took 90 gallons of polyurethane to coat, approximately 13 gallons of paint, and 18 blocks of foam to make the sculpture. Heavy Industries in Calgary built the beaver in two sections, the beaver and the log, according to the town’s website.

The beaver is an iconic symbol in our country, officially being granted status as an emblem of Canada in 1975. So if a town with beaver is in its name, it only makes sense that it had to create such a massive sculpture dedicated to our tree-munching friends.